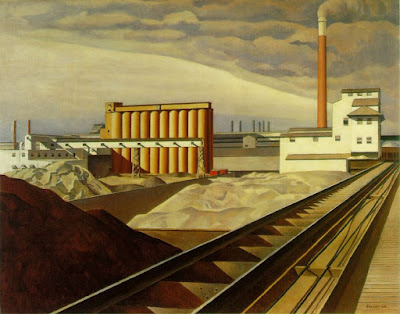 Charles Sheeler (1883-1965) was an American painter and photographer whose main subject was the landscape of industry. (Classic Landscape, 1931) 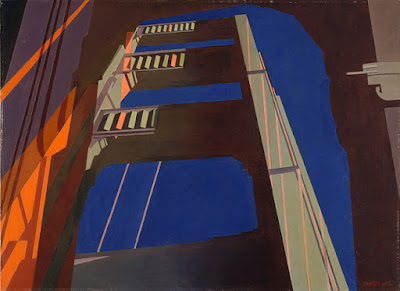 
Every age manifests itself by some external evidence. In a period such as ours when only a comparatively few individuals seem to be given to religion, some form other than the Gothic cathedral must be found. Industry concerns the greatest numbers—it may be true, as has been said, that our factories are our substitute for religious expression. 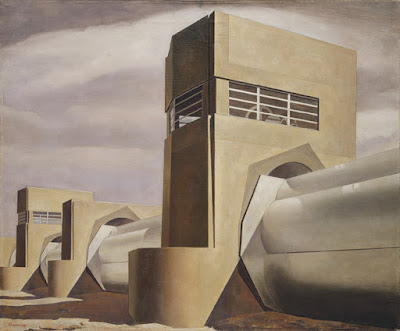 His first real training in art was in industrial drawing at the School of Industrial Art in Philadelphia, and although he later went to art school you can still see his engineer's eye. Water, 1945, depicting one of the TVA's power plants. The reverence for projects like the TVA, the Hoover Dam or the Empire State Building gets at what Sheeler meant by calling industry our religion. Rather than longing for eternity, the modernist spirit was about remaking this world. 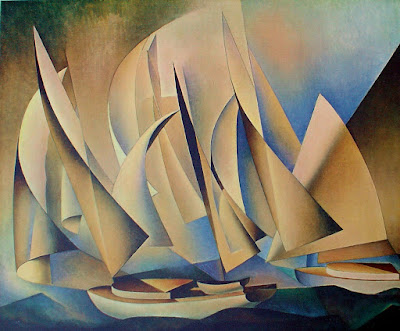 Pertaining to Yachts and Yachting, 1922, which is so striking I had to include it even though it doesn't fit with my focus here. This comes from an early phase when Sheeler was influenced by cubism, and it is about the only work from that period you will ever see a picture of. 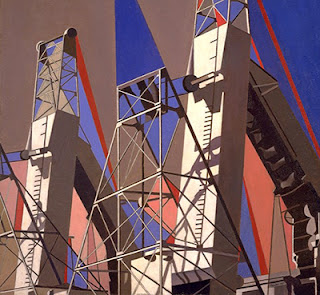 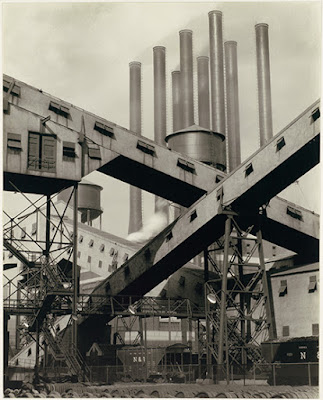 One of the experiences that informed Sheeler's mature style was a 1927 photographic assignment from Ford Motor Company to document their River Rouge Plant. Above is the most famous image, Crossed Conveyors. You can see more of these photographs here. 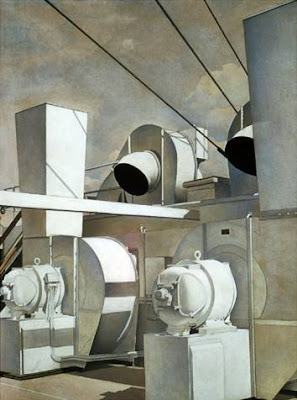 Upper Deck, 1929, which is said to be the first work in Sheeler's mature style. It's a fairly exact copy of a photograph. 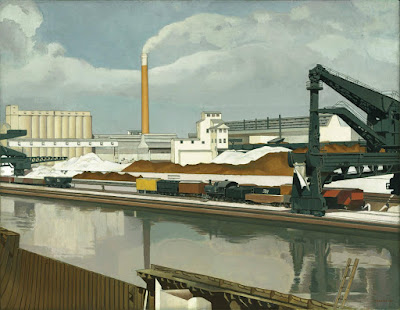 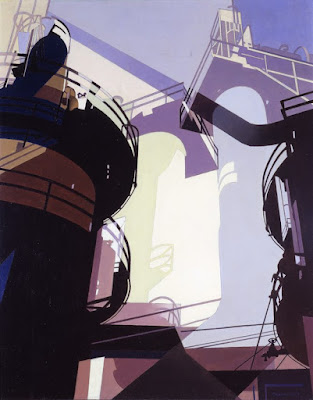 One thing I like about Sheeler's work is the forthright way he confronted his own time. Of course I also love historicism and fantasy, but I can respect an artist who searched for meaning right in front of him. Like Edward Hopper, with whom he was often paired in their lifetimes, Sheeler had his eyes focused on the landscape where most Americans lived and worked. Aerial Gyrations, 1953. 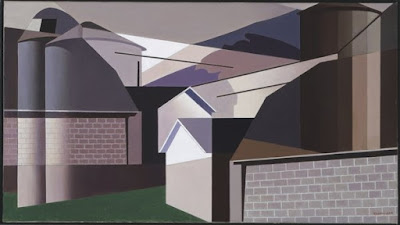 I wouldn't call myself much of spiritual individual, so I don't know if I could invoke it religiously as Sheeler does with industry, but after reading this post and looking at his art, it occurs to me that I have something of my own personal analog in the form of my love for all things digital.

In particular, I have a fascination with glitches. Their incorporation into art and culture - from images to music to cinema and even interactive media - is something I very much enjoy. For me, there's a quality of joyous serendipity to repurposing the unintended outputs of our machine code - to developing an appreciation and even reverence of flaws, and incorporating or transforming them into new and greater things. So I suppose through that comparison I can understand Sheeler's embracing of technology and industry in his own time.

Perhaps in fifty or one hundred years people will look back on the Glitch aesthetic in the same negative way that I look back on the Found Art movement. I'd like to think that finding beauty in digital malfunctions isn't quite the same as signing a urinal in an act of Dadaist rebellion, but my biases and internal perspective probably make me unfit to judge properly.