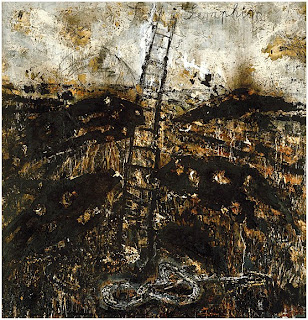 German painter and sculptor Anselm Kiefer, born 1945, is perhaps the darkest and most serious of all Europe's prominent artists. I didn't like his stuff  when I first saw it -- it seemed like just so much mud. But I find that the longer I look at some of his works, the more I see in them. They are dark, true, but they also embody possibility. Kiefer is very interested in the Bible, mysticism, and the Kabbalah, and this shows in his work. Ladders, representing the connection between heaven and earth, are one of his constant themes. Above, Seraphim, 1984. 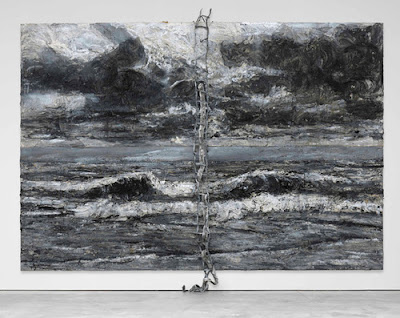 Untitled, 2007. Here the sense that the spiritual might represent some sort of escape from earth's darkness seems especially clear. 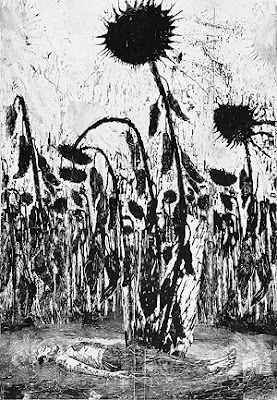 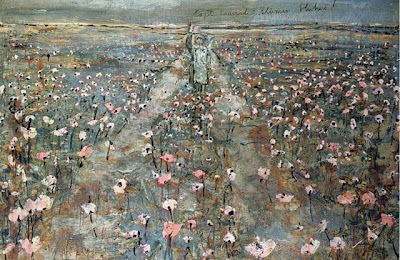 Above, Untitled (Sunflowers) 1996, and Let a Thousand Flowers Bloom. Kiefer has often painted flowers, but always completely drained of color and often of life. 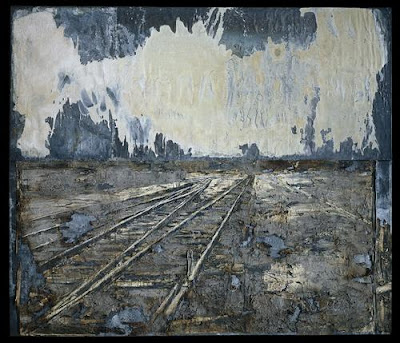 These railroad images, another theme, are Nazi references. Kiefer has been trying for his whole career to get his fellow Germans to think about Nazism and their part in its crimes; his first works that attracted any attention were photographs of himself giving the Nazi salute in front of public buildings in Germany. Above, Lot's Wife, 1989. 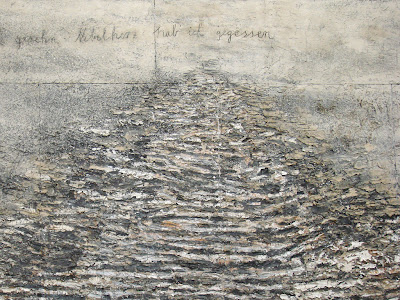 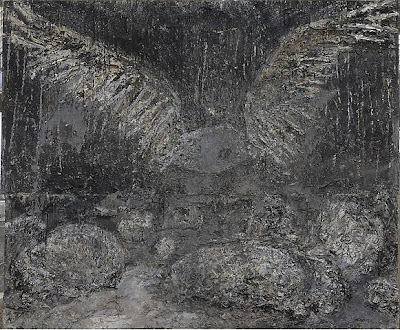 San Loreto, 2001. Kiefer's spirituality is not the sunny kind; he is attracted to the angriest of the Hebrew prophets, and his angels seem indistinguishable from demons. 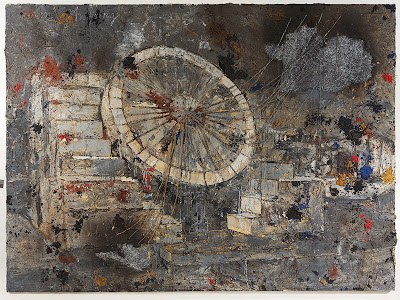 From the Beginning, 2002. I like a phrase I read somewhere to describe his work, "grim extravagance." 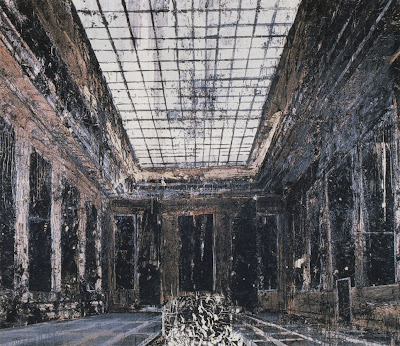 Inner Space, 1981. For a mystic, "inner space" has an important meaning; does this drab interior space, but with its large skylight and mysteriously interesting focal point, represent the spiritual mind?
Posted by John at 7:53 PM