Ceramic Figurines from the Upper Paleolithic, or, Art and Technology 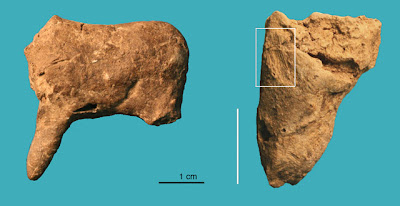 At the cave site of Vela Spila, on the Adriatic coast of Croatia, archaeologists have found 36 fragments of ceramic figurines in layers that date to around 17,500 years ago. All are broken, but they seem to have been animals. They are much like other figurines found in the Czech Republic, which are 10,000 years older. 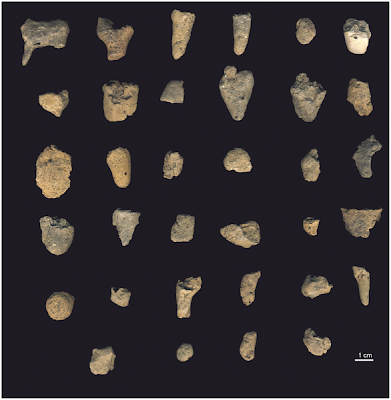 What interests me about this find is that fired clay later became a supremely useful technology, but its first use in Europe and the Middle East was artistic. In these areas, ceramic figurines predate pots by thousands of years. If your idea of "primitive" humans is that they were so involved in survival that they had no great energy for art or religion, you need to rethink. On the contrary, the most impressive remains from the late Paleolithic cultures of Europe are all artistic or spiritual creations. Even the stone tools of these people were made far more beautiful than they had to be to do their jobs. The trend of archaeology over the past 40 years has been toward thinking that people made as many key advances for artistic or spiritual reasons as for practical ones. 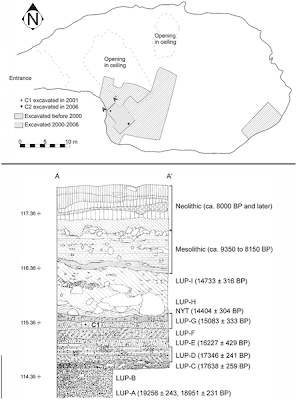