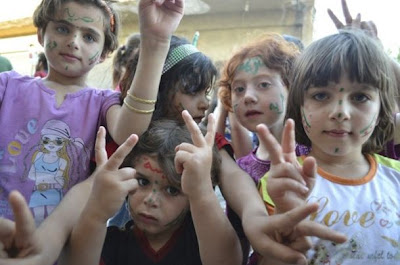 I have no special insight into the escalating violence in Syria, except to say that it inspires in me more fear than hope. Right now the picture of events there is still a strange mix. There are still peaceful protests in some areas, like the one that brought out these girls. 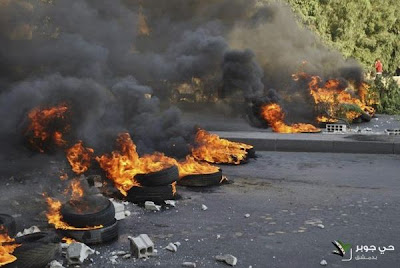 But the fighting continues to intensify and spread, looking more and more like a full-on civil war. The rebels have heavy weapons now, including rockets they used to shoot down a helicopter in Damascus last week, and they are killing government soldiers at an ever-increasing rate. Accounts are confused, but it seems the defense minister was assassinated by one of his own bodyguards, possibly using a suicide vest bomb.

I have trouble imagining a good outcome to this struggle. The Syrian government is thuggish, yes, and the economy stagnant, but what do the rebels have to offer? So far as I can tell, they seem mainly to represent Sunni Islam and rage over the lack of economic opportunity. I don't see much hope for democracy in Syria, a paranoid society riven by ethnic and religious tensions. So the likely outcome of a rebel victory would be a Sunni-dominated autocracy with restive Shi'ite and Christian minorities, sort of a mirror image of what is developing in Iraq. Is that worth the thousands of lives being lost? Sensing victory, the rebels are not likely to back down any time soon. But the government also shows no signs of bending. If this is fought out to the end, that will mean great slaughter amidst the ruins of Damascus and Aleppo. But how could the two sides negotiate? What would they even talk about? It looks bad.
Posted by John at 8:00 AM