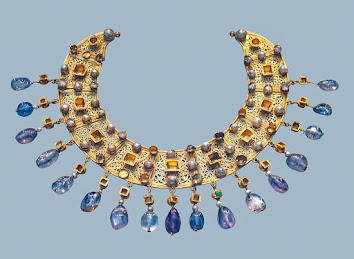 In 1909, somebody – entirely unclear who – found a large gold hoard in Egypt. It may have been at Tomet near Asyut, on the eastern bank of the Nile in central Egypt, but that information came from an antiquities dealer who got control of part of the collection, and some people don't believe it. 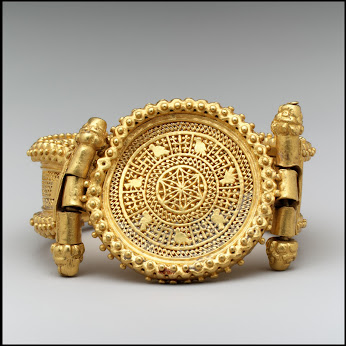 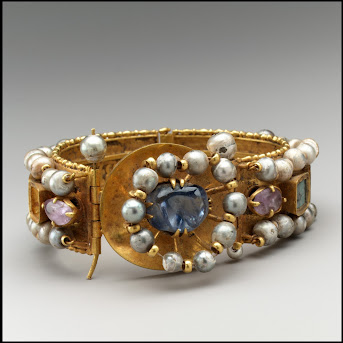 What followed was an unseemly scramble by wealthy western collectors to snap up the pieces on behalf of their national museums, coupled with (it seems) an obscure and possibly violent struggle among various prominent Egyptians to get a piece of the pie. In the end collectors bought 36 pieces that the Egyptian dealers swore all came from the same cache. The affair was dubious even by the standards of 1909, and Egyptian authorities ended up promising that they would never let valuable antiquities be handled in such a nakedly commercial way again. 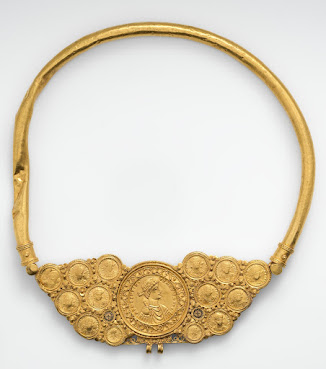 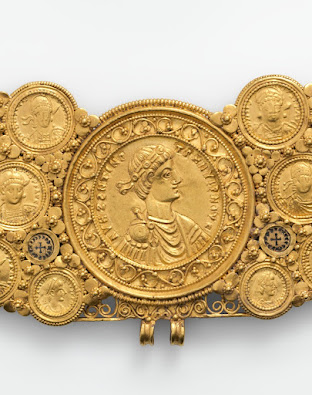 But as you can see, the frenzy was touched off because of the extraordinary nature of the finds. The 36 pieces date to late Antiquity, roughly 400 to 625 AD, and may have been somehow associated with the Byzantine imperial family. Some pieces bear the name of Constantinople or show the "genius" of the city, so they may have been made there. The date suggests they may have been buried at the time of the Arab conquest, which began in 639 AD.
As to what a hoard of Byzantine imperial gold was doing in Egypt in 639, your guess is as good as anyone else's. 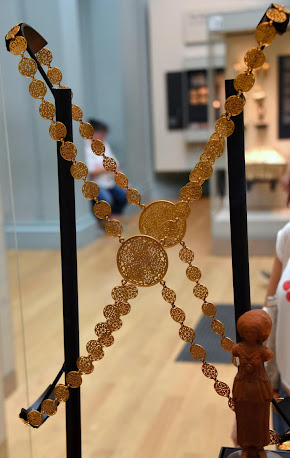 Twelve pieces ended up in Berlin, six at the British museum –including the chain above – and 18 at the Met in New York. (J. Pierpont Morgan was bidding for the New York interests.) 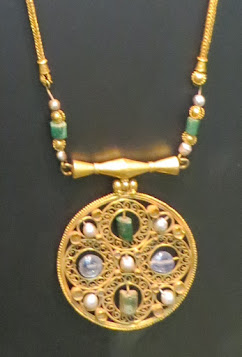 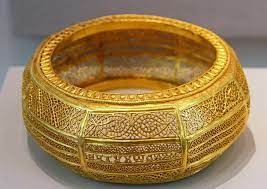 The Met, incidentally, plays down the "Asyut Treasure" angle, which is unmentioned in the main text for these artifacts. You have to delve into the "provenance" section where you find "may have been found at Asyut." Not sure what they think they know about it, but anyway they seem skeptical of the whole story. Incidentally the provenance field is not searchable, so there's no easy way to find all eighteen pieces supposed to come from the hoard. 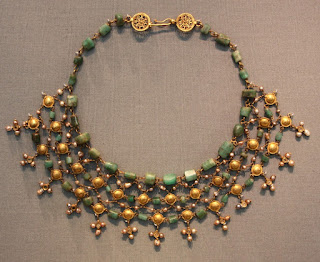 But so far as I can tell everyone agrees that these are real Byzantine works, so enjoy them, and ponder how they came to be made, and shipped to Egypt, and buried, and found again. 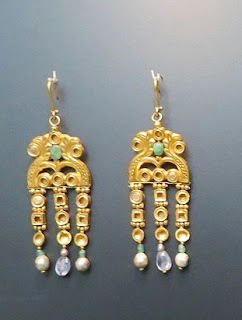