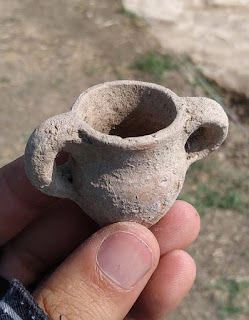 Cool video clip of a dragon created with drones.

Institute for the Study of War is doing updates on the violent protests in Iran in the same format as their Ukraine updates. Very interesting report for September 30 here.

The Snake Fight Portion of Your Thesis Defense.

New Boston Dynamics video showing the capability of their robots.

The guy who impersonates how world leaders walk.

In the NY Times, Ligaya Mishan has a go at defining "Cultural Appropriation" and explaining why it is bad. I find the piece utterly incoherent. It conflates a few actual examples of poor artists robbed of their creations – e.g., the poor South African black man who wrote the tune to "The Lion Sleeps Tonight" – with vague notions of whole cultures being robbed by other cultures. No answer to: what is a culture? What does it own? How would you know? Who decides what a legitimate borrowing is? Who decided who is a member of that culture? How would you go about getting permission to use something another culture is said to own? Etc.

In a long Twitter thread, Eliot Higgins (of Bellingcat) explains his theory that belief in conspiracy theories results from "traumatic moral injury." E.g., people who are still furious that the US government lied about WMD in Iraq and refuse to believe anything the US government says ever again.

Drone video and some analysis of orcas hunting and killing great white sharks off South Africa.

Debating claims by Ukrainian astronomers to have observed hundreds of UFOs over Ukraine during the war. The article raises an important point that also applies to recent military sightings in the US. These objects are said to violate certain physical laws, viz., they seem to move through air at extreme speeds without generating heat or sound. So why are they visible to us at all? Why do they block light but not air? Anything that blocks light must have a very powerful electromagnetic field (like the kind within atoms, which makes them block light), so why do they not interact with air molecules? If they have the properties ascribed to them, then our physics is WAY off, in which case we know nothing and they might be anything at all.

The American way of war: remembering a little battle in Syria, 2018, in which a small force of US special forces and Marines held off a much larger force of Syrians and Wagner mercenaries, with the help of more aircraft than the US had soldiers on the ground. "Waves of F-22 fighters, F-15E strike fighters, AH-64 Apache attack helicopters, AC-130 gunships, B-52 bombers, MQ-9 Reaper drones, and heavy Marine artillery relentlessly punished the enemy force." Each of the 30 US soldiers was backed by at least $50 million worth of airplanes, helicopters and missiles.

Short article on the work of J.B. Jackson, a pioneer of modern "vernacular landscape" studies, which have become very important in historic preservation.

Thread on an organized campaign of HIMARS strikes against logistical and command sites in Svatove, part of Ukraine's ongoing offensive in the north.

Crazy video supposed to have been made by a Russian soldier hiding in a basement in Lyman, counting his remaining ammunition and wondering where the reinforcements are.

Remarkable Ukrainian propaganda video about citizen soldiers, "None of us was born for war." Brought me close to tears. A reminder that before the war Ukraine was a world leader in advertising.

At the Bulletin of the Atomic Scientist, a rundown of possible US responses should Russia use a tactical nuclear weapon in Ukraine.

Russian military reporter explains the tactics of Ukrainian special forces, roaming through the forests around Russian-held towns and cutting them off.

This is the kind of story that makes me wonder about the obvious bravery of the reservists from the "Luhansk Peoples Republic": when the Russians withdrew from Drobyshevo (near Lyman), the LPR men were not told of the retreat, but were (apparently) supposed to serve as the rear guard. But one Russian warned them what was happening, so they retreated with everyone else, by their account barely escaping. They thought they were safe in the rear when a Russian officer tried to arrest them for desertion, threatening them with 15 years in prison. And yet despite all of this – there are hundreds of stories like this – they are some of the most determined fighters on the Russian side.

Russian political turmoil, which began on Telegram, moves to the newspapers.

Russian reporter Wargonzo complains about price gouging in military supplies since mobilization in Russia, wonders how businessmen can go for unreasonable profits when there's a war on. He then asks, "can this war somehow fix our society?" Which is a very important point, going straight to the appeal of militant nationalism. Why are people cheating each other? Why can't we pull together? Would a war help unite us and reduce our selfishness? Sometimes it works, although usually only when the war is so bloody the cost is probably not worth it. And sometimes, as in Russia today, it doesn't work at all.

Crazy video shot during the Russian retreat from Lyman, shows chaos under artillery fire. The phone ended up with Ukraine, so the man who carried it was either killed or captured.

Russian reporter says Ukrainian success is due to using armored assaults accompanied by artillery attacks on command posts, following NATO doctrine. Says western advisers must be involved. (Which they almost certainly are not, but on the other hand more than 5,000 Ukrainian troops have been trained this year in Britian alone.) Incidentally this excuse for Russian losses –"They are using NATO tactics"– was already mocked by a presenter on Russian official television, who asked, "What other tactics did you expect them to use?"

Ukraine's advance in Kherson has been aided by skillful jamming of Russian radio communications. One thing that has not been on lists of equipment provided by NATO countries is powerful jammers, so either Ukraine has developed its own or they were provided secretly.

This reporter says some of the videos allegedly posted by recently mobilized Russian reservists complaining about absurd treatment are fake, and the people in them are really Wagner mercenaries. So it this part of an organized campaign by Wagner leader Prigozhin against the Russian MOD? Murkier and murkier.

During their recent retreat in Kherson Oblast Russian forces have abandoned at least 14 T-62 tanks. Western observed laughed when they saw these ancient tanks, last made in the 1970s, going into combat, and it seems Russians felt the same way about them and had no compunction about just leaving them behind. Some may have broken down – I mean, their engines are 50 years old – but others seem to be in fine shape. We don't know yet if Ukraine will scrap them or try to get them running and find a use for them.

Igor Girkin explains recent Ukrainian advances toward Kherson. And from the same interview as the previous, Girkin explains the situation in the north, where the Russian side does not have enough infantry to defend its lines and disaster looms.

Re LPR soldiers being one of the most determined fighters: this was discussed in recent podcast between amateur analyst Wolski and Polish army officer Lewandowski (veteran of missions in Liban, Afghanistan and Iraq, if I am not mistaken), currently teaching at one of Polish mitary academy. Colonel Lewandowski said a distinction must be made between old LPR units, which are often volunteers, often having years of experience, and new LPR units, which are basically rabble with guns. The unit in Lyman supposedly was one of those old, experienced units - guys who, I presume, fought for years before the Putler's invasion. If that's true, the unit cohesivenes must be really high. They woud fight for each other, as proverbial band of brothers.

Plus those guys, in contrast to Russian army, been exposed to years of propaganda. I was told that being too nationalist in Russia just years before invasion was risky business and people were imprisoned for being too supportive for separatists in Donbas region. In contrast, people in Donbas were fed year by year the propaganda about how everything bad should somehow be blamed on Ukrainians, about how innocent civilians are shelled by Ukrainian artillery etc. That surely had the impact.

(BTW it's funny how common the name "Piotr Lewandowski" is. There was pre-war colonel with the same name. I know personally one another :D ).

@Szopen- Very interesting. I imagine there is a major contrast between the old LPR volunteers and those units we have seen recently formed by kidnapping men off the street.

Great set of links, with quite a few interesting reads, especially on military and connected matters (that UFO article, the battle of Khasam, etc., etc.). Thank you.

At the risk of nagging and overarguing a point, I think that Bulletin of the Atomic Scientists analysis is a good example of the problems with that Walter Mead interview. On the one hand, the Bulletin analysis avoids a significant pitfall of undeniably *bad* academic writing--namely, framing the discussion in terms of some theory, like game theory or the realist/idealist debate. So, yay. (One wonders if that kind of writing isn't a major part of what's really bothering Mead.)

On the other, the analysis doesn't seem to me, FWIW, like something that would require non-academic experience to put together. It just seems eminently sensible, in the way that either an clear-thinking academic or a scarred but not hotheaded veteran could formulate.

(Of course, Hotheaded Veteran is as much a stereotype as Smarmy Academic. But honestly, consider how Curtis LeMay, a field veteran if there ever was one, would have put together such an analysis.)