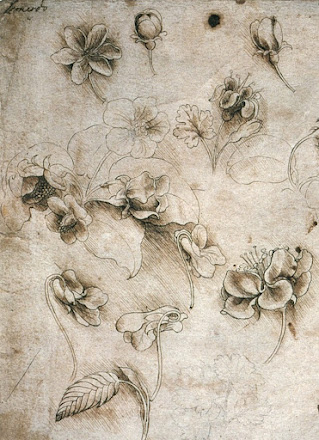 Law and Order is back in politics: both of the candidates who made it through to the general election for LA mayor have promised to hire more police.

Yet another study finds that standard business approaches to promoting "diversity" are counterproductive; in this case, they do not help minority workers feel that they belong. At the moment the whole diversity and inclusion industry is failing to help anybody. (Except for diversity officers and diversity consultants.).

Wreck of a 17th-century royal warship found off Norfolk. It was carrying the future James II when it went down, but unfortunately for everyone he survived. Well, maybe not everyone; Britain might have avoided a bunch of wars but we would have lost all those songs about Bonnie Prince Charlie.

A micrometeor hit one of the Webb Telescope's mirrors, but NASA says everything is fine.

Ross Douthat says that the return of inflation has refuted "modern monetary theory," which held that governments could print a lot more money without bad effects, and generally killed free-spending, populist economic policies. (NY Times) Americans really hate inflation, and polls show that we are more negative about the economy now than we were during the worst of the pandemic shutdown.

"Since 2013, Stanford’s administration has executed a top-to-bottom destruction of student social life." Some of the article is about fraternities, but also places like Anarchist House and other oddball groups that have been dismantled to create "inclusive" housing.

The revolutionary socialists at Jacobin are not impressed by Afro-Pessimism.

Great new song from Florence and the Machine, "King"

The electronic battlefield; some analysts say the US is not ready for the level of electronic combat Russia is deploying in Ukraine.

Ukrainian "technicals" with a bizarre variety of weaponry, much of it captured.

Short video of a Russian helicopter shot down by a Ukrainian MANPADS. And a video of another helicopter that escaped when a missile hit one of its flares.

Kyiv Independent: Russia is advancing in Severodonetsk but only by stripping other theaters of troops and weapons, allowing Ukraine to make counter-attacks.

Institute for the Study of War assessment for June 15.

At the risk of being boring, is modern monetary theory actually about printing money? My impression is it's about making borrowing cheap, but the transactions are all electronic, not involving cash. And I don't remember Douthat actually mentioning printing money. All this with the constant caveat that my understanding of economics is less than skin deep.

The thing I find baffling is the failure of any other country to get involved in the war directly. I understand that major powers like the United States or NATO as a whole are scared of "escalation" (specifically nuclear) and thus can't risk directly going to war with Russia, but why aren't smaller, non-nuclear powers getting involved on their own?

Finland, Estonia, Latvia, Lithuania, Poland, Moldova, Romania, even Georgia... any one of them could forge a military alliance with Ukraine and enter the war on their side, with the very compelling justification that they are directly threatened by Russia's unprovoked attempts at expansion by military conquest, without the Russians having a leg to stand on regarding nuclear escalation.

None of these countries have large militaries, but it wouldn't take much in the way of additional forces to reach a tipping point where the Russians are too disadvantaged to continue the war successfully. The balance of power is precarious, and opening a second front in the West or South of Russia, largely unopposed because Russian forces are fully occupied elsewhere, could potentially end the war in a matter of days.

Have the new ally issue an ultimatum before they join the war, giving the Russians a chance to issue a ceasefire and negotiate a peace. Have them issue a public global declaration of intent, stating that if they enter the war, they will annex no territory for themselves nor seek punitive actions against Russia, and will seek only to enforce a white peace and status quo antebellum.

We could force the Russians to end the war, while still giving them every chance to save face for themselves. It's one thing for them to stop the war when it's just a deadlock against Ukraine - it's another thing entirely to stop the war when there's an entirely new fresh army massed on their borders ready to push deep into their undefended heartland. They would have every excuse to make a fair peace, without having any excuse to threaten nuclear deployment.

"
Finland, Estonia, Latvia, Lithuania, Poland, Moldova, Romania, even Georgia... any one of them could forge a military alliance with Ukraine and enter the war on their side"

To elaborate further: Moldova has almost no army and entering the war would be suicide for them. Estonia, Latvia, Lithuania are small countries. Lithuania for example has 20 thousand strong army. "t wouldn't take much in the way of additional forces to reach a tipping point" -
damn, do you even realise that Russian official doctrine would allow for use of nukes at that "tipping point"? (they actually say about "threat to very existence of Russia" or something, but I bet Putin would decide a loss in a war is a threat).

However, the most important thing Polad, Latvia, Lithuania, Estonia ARE NATO COUNTRIES. There are NATO soldiers in NATO bases in Poland. Poland declaring war on Russia would be a heavy risk into escalation into nuclear war - Russia would stand no chance in regular war with NATO, so they would have to either roll over or nuke Warsaw, and Putin is mad man who would do it. Gladly. They would not hesitate about nuking treacherous "liakhi".

MOREOVER if we would declare war on our own, NATO would have to EITHER declare they denounce their bligations towards us, expel us from the alliance or join to. PLus of course our armies are trained to be part of NATO, being prepared largely to be parts of NATO operations and expecting other NATO countries would provide air cover.

MOREOVER we've already sent a significant chunk of our reserves to Ukraine. more than 200 tanks, even if some of them were more obsolete than what Ukraine already have. Howitzers. Anti-tank guns. Ammo.

So @Verloren thinks other people just should risk lives of their children because Verloren, sitting in safe place in America, feels uneasy. OTOH my house sits right next to military airport, an obvious goal for nuclear strike.

PLus Putin does not even declared war now. There is no official mobilisation. If say my country would attack Russia, surely Putin would hesitate to declare mass mobilisation and surely the decades of brainwashing Russians into thinking that Poles are NATO lackeys wanting to eradicate Holy Russia won't result in mass support for Russia and long war. Surely Putin would just roll over thinking - heck, if I lose I would prbably lose power and maybe even executed, but I'm willing to pay this price in order to get fair peace and avoid nuclear war.

Not to mention we could invade only Kaliningrad/Królewiec. We would take over probably easily, I remember being told that in war games our military should be more than enough to get the region. And that obviously would not put Russian into patriotic fervor, demands for punishment for treacherous Liakhs and would not result in Iskanders being fired into our cities.

Verloren, you are insane.