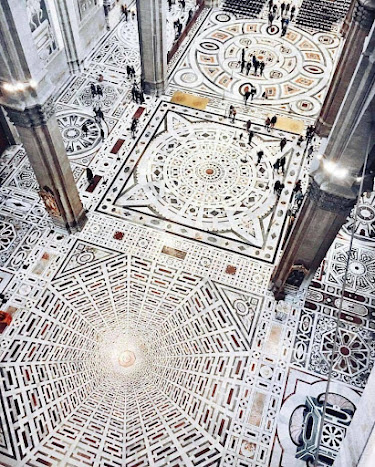 According to this twitter thread, entrepreneurial capitalism is taking off in India, with all sorts of "incubators" and young people wanting to "launch ideas" instead of "working to survive."

Why attempts to "clean up" the "Great Pacific Garbage Patch" are foolhardy and possibly destructive.

CNN editor Nic Robertson on how Putin extinguished the hopes of millions of Russians. Essay, interview.

Iron arrowheads melting from the ice in Norway, likely used by reindeer hunters.

Chemists have developed AI systems to devise new helpful molecules, for example drugs. These chemists switched their software around and trained an AI to devise new poisons. It came up with hundreds, some of them predicted to be more dangerous than VX nerve gas. No, they didn't publish the details, but they do helpfully mention that this software is open source and widely available.

Michael Vickers, former US Deputy Secretary of Defense for Intelligence, in this video: "If there's a bigger strategic blunder in modern military history, I can't think of it. . . . I can't think of a more disastrous intelligence analysis . . .  Putin has zero chance of achieving any of his objectives. . . . He is wrecking his army."

Reconsidering Jack Kerouac and On the Road. My take is that literary attacks on the novel are almost beside the point, considering how huge an impact it has had on many thousands of young Americans.

The proposed Rivian electric truck factory in Georgia has brought out a determined opposition from environmentalists, Nimbyists, and conservatives who hate electric vehicles; some also hate George Soros, a major investor in Rivian, and don't like that Georgia is giving his company a big tax break. (NY Times)

Education and religion in America: "Teenage boys from working-class families, regardless of race, who were regularly involved in their church and strongly believed in God were twice as likely to earn bachelor’s degrees as moderately religious or nonreligious boys." (NY Times)

Storm uncovers a Roman shipwreck in just 2m of water, 50m from a popular tourist beach in Mallorca.

Weirdly fascinating Freddie de Boer essay from 2017 on our shared obsession with policing each other, "Planet of Cops."  Which I learned about from Scott Siskind's new essay on how the word "justice" has taken over the discourse.

American CIA officers are speaking publicly now (on background, of course) about the secret training program they ran in Ukraine in 2014-2017, in parallel with an openly acknowledged Army program. Among the topics covered were sniper training and secure communications. I suppose everyone wants to claim credit for helping Ukrainians fight so well.

What, exactly, is "burnout"? Is it the new trendy malady, like gout in the 1700s or nearasthenia fifty years ago? Or is it really a way to pat ourselves on the back for working so hard?

One business booming in Afghanistan is smuggling people over the border to Iran. (NY Times)

BBC report from the front lines in Kharkiv, 5-minute video.

When ornithologists fitted Australian magpies with GPS harnesses they thought were both unobtrusive and unremovable, the birds helped each other shed the harnesses by finding the only weak point, a tiny clasp, and biting it. All were removed within three days. This is either a rare example of altruism among adult birds, or they just really hate ornithologists. (NY Times, original article)

I realize your link blurbs aren't really serious, but it's notable that the one possibility that you don't list for burnout is that it might be real. After a skim, the essay you linked to seems to take a very different track. It's got of a bit of that Laschian-Bedellian impatience with entitled complainers, but it basically takes the concept of burnout seriously--more seriously even than pop psychology does, since it describes burnout firstly as a spiritual disease (via a review a recent book by a theologian) and then as a weapon-of-the-weak in the class struggle.

Indeed, perhaps it's time the "entitled whiner" trope was subjected to a little scientific analysis of its own. Is there such a thing? Could you identify an entitled whiner objectively? E. g., is an entitled whiner someone who complains while having no glucocorticoids in their system, or when complaining itself releases dopamine for them? How about measuring impatience with other people's complaining? Could we detect, in some portion of the population, a measurable rise in glucocorticoids when listening to someone else complaining? Does complaining about complaining then lower those levels, or release dopamine? Oh, the dissertations that will be written!

On a serious note, I wonder if there isn't something to the class-struggle argument. The medicalization of complaints does have the effect of turning one organized, bureaucratic power--the medical establishment--against whatever organized bureaucratic power (school or employer, mostly) is dominating the sufferer's life at the moment. And, as anyone involved in a conflict knows, allies are one key to victory.

Well, gout is a real disease, but it was also trendy for a while. So both could be true about burnout. It is indeed true that in the US a medical diagnosis can help you fight a lot of bureaucracies.

Burnout isn't new, it's just most people who feel burned out complain about it these days, rather than just abusing drugs (or family members) in response.

It used to be standard practice to push people to the breaking point, and they were just expected to stop at the bar on their way home from a fourteen hour shift at work, so they could drink until the pain went away, go home, and pass out in preparation to do it all over again the next day.

Leo Tolstoy wrote about how Russian workers at the turn of the century were given company-provided alcohol to keep them going and cramped bunkhouses to sleep in between shifts. You can find similar (albeit usually less extreme) accounts in America and Europe which demonstrate the exact same institutional awareness of, and disregard for, burnout among workers. Or you can just look at old photographs of young working men in their 20s or 30s whose faces and bodies look like they're in their 40s or 50s. People lived hard in the past, and they suffered awfully for it, but they weren't allowed to complain - they were just expected to drug themselves into a stupor.

...or alternatively, drug themselves into a frenzy, as was often more popular in the 20th century. Rather than alcohol and other depressants, people abused stimulants like methamphetamine and cocaine to keep themselves going, with equally awful results.

I'll take people complaining about burnout over a systemic expectation of silent drug abuse any day.

In the article about magpies, the researcher says this is an example of helping others without tangible benefits to individuals. I disagree. The tangible benefit to the individual is perpetuation of the social group/order.