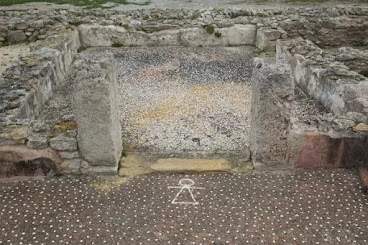 I found a book in the public library that lists all the UNESCO World Heritage Sites, and have been perusing it in search of treasures. I have bookmarked several interesting-sounding places I had never heard of, so expect some blogging about these in the coming weeks. One that caught my eye was Kerkouane in Tunisia. 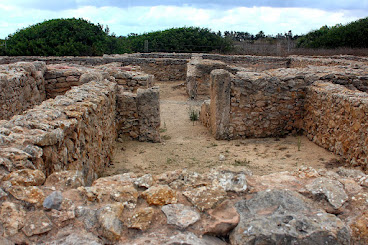 Kerkouane is noteworthy, says UNESCO, in that it is a Carthaginian town not overlaid by later Roman, medieval, or modern settlement, hence very well preserved. The site was discovered in 1952 by a French archaeologist who was surf fishing when he noticed potsherds eroding from the shore. (I have been scanning eroding banks for similar discoveries all my life but sadly have none to report.) After independence in 1956, Tunisian archaeologists looking for a suitable project decided to mount a major dig here, perhaps as a gesture against European imperialism. 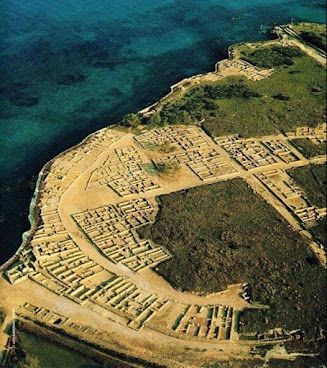 These overhead views show the extent of the excavation. 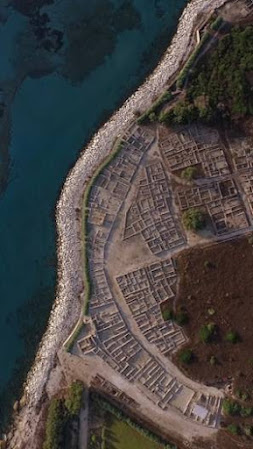 You can see that the layout included wide streets and public squares. Which seems obvious to us, but they had after all to be invented; Neolithic towns did not have them. One of the unsung achievements of Middle Eastern civilization. 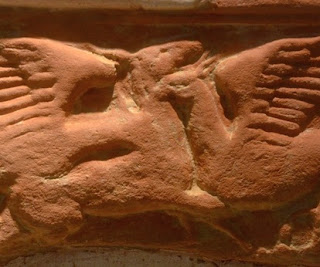 The ancient historian Polybius tells us that during the First Punic War, around 255-250 BC, the Romans attacked the city of Apsis not far from Kerkouane:

Landing there and beaching their ships, which they surrounded with a trench and palisade, they set themselves to lay siege to the town, the garrison of which refused to surrender. (..) The Romans, after making themselves masters of Aspis (..) hastily advanced with their whole force and set about plundering the country. As nobody tried to prevent them, they destroyed a number of handsome and luxuriously furnished dwelling-houses, possessed themselves of a quantity of cattle, and captured more than twenty thousand slaves, taking them back to their ships. 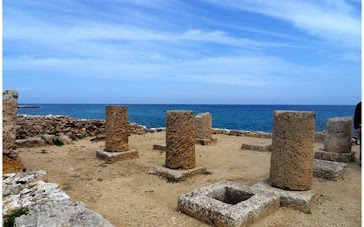 It seems that Carthaginian coinage changed drastically in the 240s BC, and during the excavations at Kerkouane no coins were found of the later type.  So the theory is that Kerkouane was abandoned because of this Roman attack or something else that happened during the war. The dates line up but archaeology produced no evidence that the town was sacked, so it remains a theory. 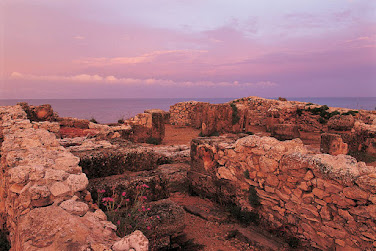 Kerkouane was a small town, probably home to around 1,200 people. Most of them would have been fishermen and craftsmen. Middens of murex shells suggest they made the famous purple dye, and there is also evidence for making salt, pottery, and garum, the infamous Mediterranean fish sauce. There was at least one temple (the thing with columns), but no ceremonial center was found. 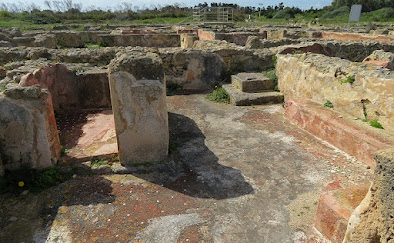 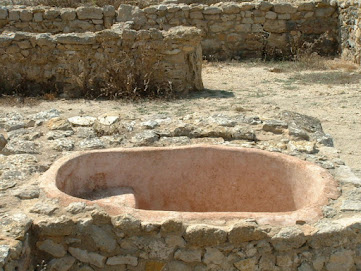 And what is claimed to be a private bathtub but is more likely a cistern. (One of my hobbies is reconstructing what tour guides say about ancient sites from the captions tourists put on their photos.) 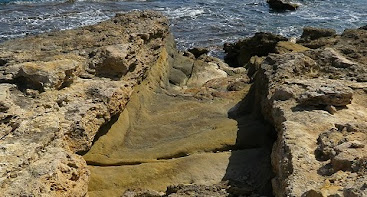 This ship ramp was the only evidence of the harbor. 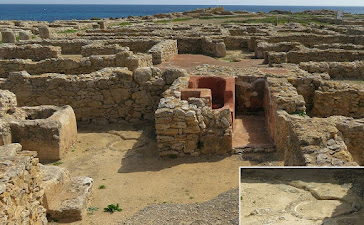 The shape of the larger houses was the one familiar to us from all around the Mediterranean, with the rooms grouped around a central atrium. There are three on the small snippet of the site plan I reproduce above. 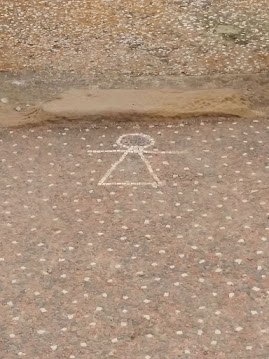 The biggest and most famous house. The House of the Sign of Tanit, had mosaic floors that were mostly just patterns but with the emblem of the goddess Tanit picked out (above and top). 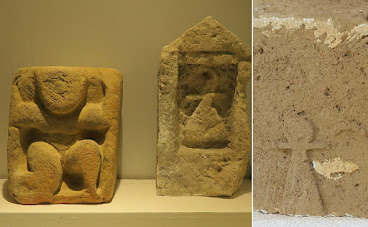 A cemetery of the same period was discovered nearby, and most of the artifacts in the local museum came from there. These are tombstones. 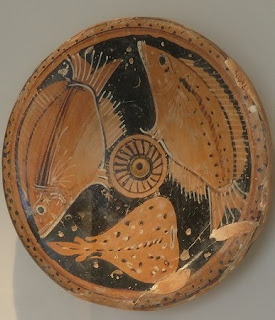 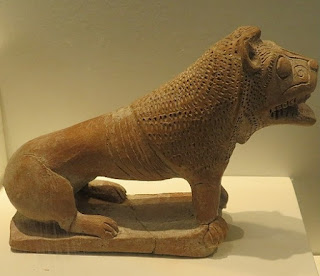 There was a time in my youth, I think in high school, when I hated the Romans for conquering everyone and imposing their standardized culture on so many diverse people. So I made the Carthaginians into my heroes for opposing Romanitas, cheered their victories and mourned their eventual defeat. I soon figured out, though, that the Carthaginian Empire was every bit as brutal as the Roman – maybe more so, since the Romans' Italian allies mostly stayed loyal during the Punic Wars, while the Carthaginians' subjects rebelled whenever they got a chance. But I retain an interest in their ways as a different side of the Mediterranean world, and a different future that came within a few storms and battles of becoming real. 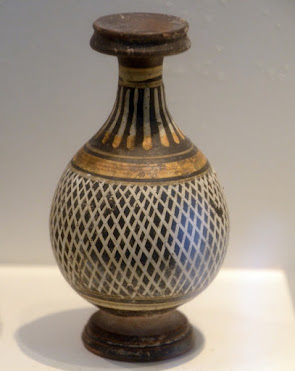 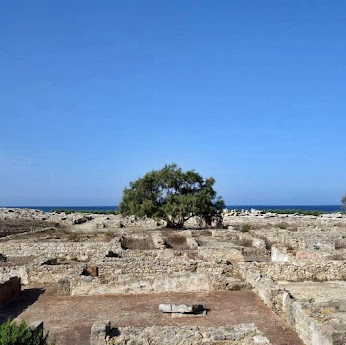 But I retain an interest in their ways as a different side of the Mediterranean world, and a different future that came within a few storms and battles of becoming real.

The Punic wars have always struck me for their apparently being as a major turning point in human history. How different the world could have been if the romans had chosen to confront the invading Hannibal directly instead of relying on attrition to wear him down; or of an arrow that flew past the head of Scipio Africanus in some early battle had instead found its mark.

A victorious Carthage could easily have changed everything - the dominant language and religion of Europe for the next millenium and a half, and everything that derives from those things. It's kind of staggering to think about.