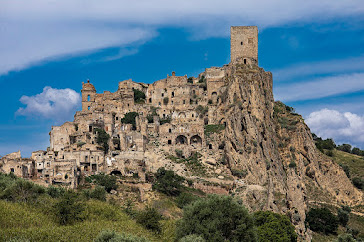 Italy has 15,000 abandoned villages and thousands more than have lost more than 90% of their people since 1900. One of the most famous is Craco, in the arch of the boot. 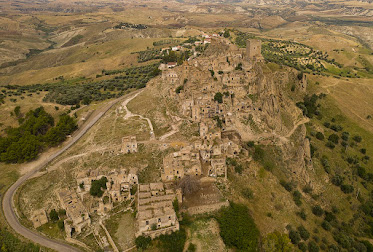 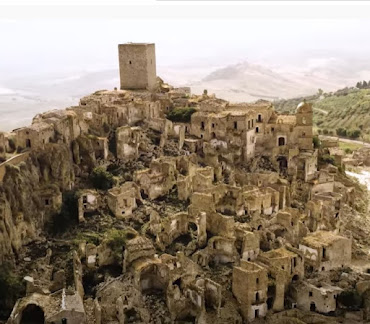 The town's demise began during the great era of Italian emigration; 1,300 people left for North America between 1892 and 1922. The shrunken population was not able to keep up the infrastructure, and  in the 1960s a series of landslides carried away several buildings and the main access road, allegedly because water leaking from pipes saturated and weakened the soil. 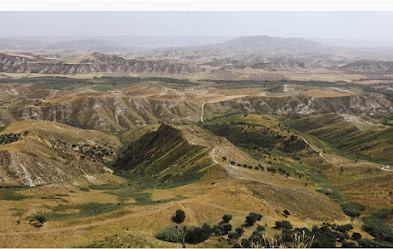 The whole region has partially depopulated, leaving a landscape that looks like this. 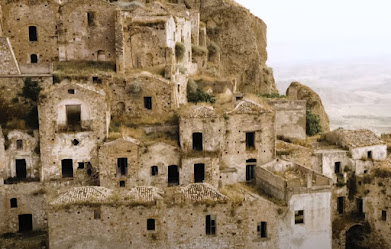 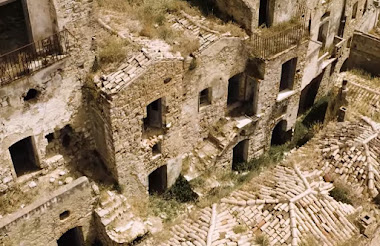 After a 1980 earthquake, the authorities declared the whole town unsafe and evacuated the remaining inhabitants. Since then people have returned a few times a year for religious festivals, and of course the place has become a destination for fans of ruins and ghost towns. 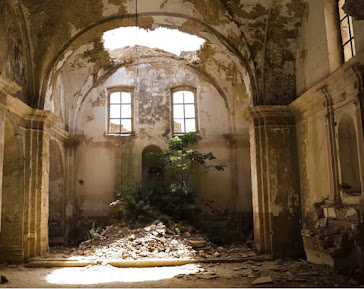 The town is said to have been founded in the 6th century AD, and is definitely attested by 860. It was ruled by Byzantines, Normans. the Sforza family, and others before becoming part of the Kingdom of Naples. 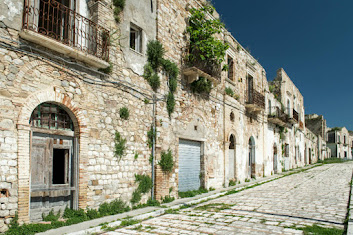 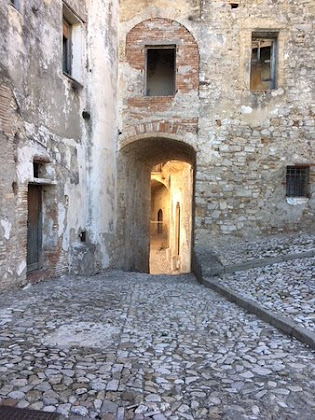 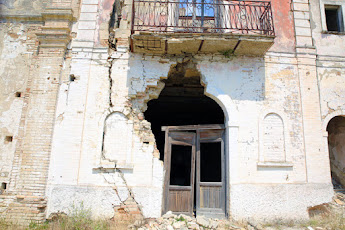 Now it slowly returns to the hills from which it came. 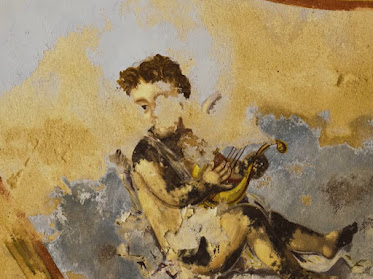 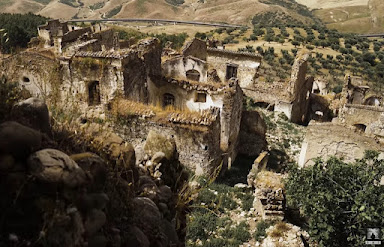