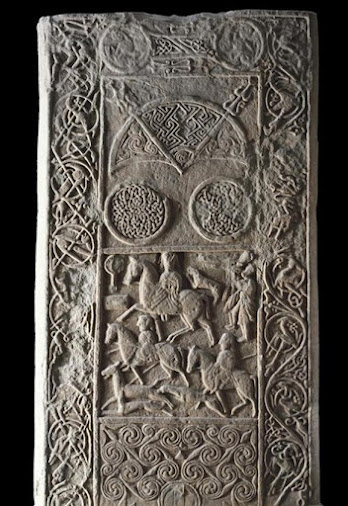 Dating to around 800 AD, from northern Scotland. The stone is broken and the lower section lost. 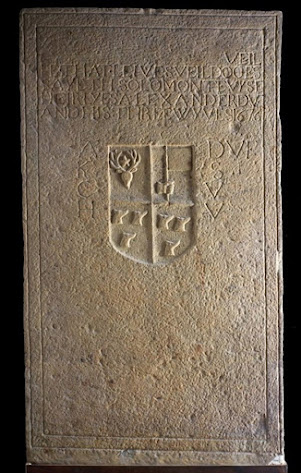 The other side once showed a cross, but a local landowner named Alexander Duff had that chipped off when he made the stone into a funeral monument for him and his three wives.

The original is in the National Museum of Scotland. You can get a better idea of what it once looked like from the copy that was carved to be set up on the site where the thing is supposed to have been found. 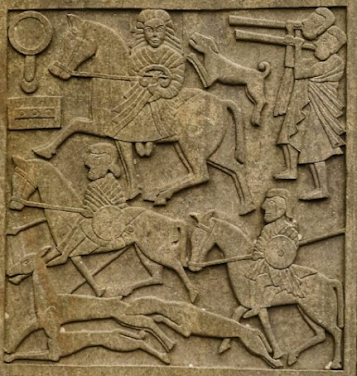 This is called a "Pictish" stone, and the central hunting scene does indeed look like Pictish work. 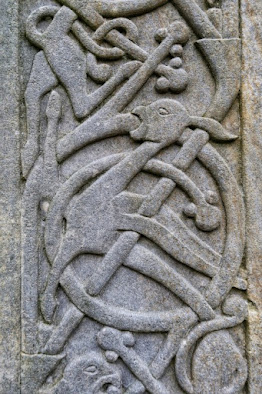 But to me the borders are one of the most Viking-looking works I know. They don't look like the other Pictish stones I know, and I have seen a bunch. So I did a bit of searching and found that there are a couple of others with carving like this, all of them dated to around 800 AD. 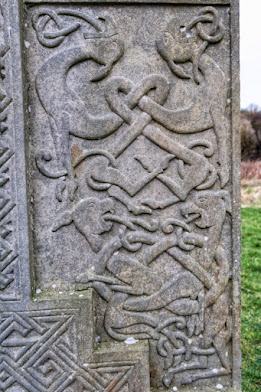 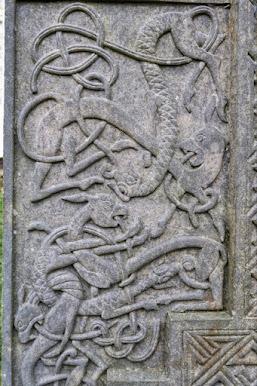 So I guess this style was developing in the northern world around that time, in Scotland and across the sea among the Norse. As to the identity of the people who set this up, that might be a tangled tale, since Scotland was full of Northmen by AD 850, intermarrying with locals. A skeleton from Orkney, buried with full Viking kit, was recently identified by DNA as a native. So the international spread of this style of carving may be a sign of many other exchanges and connections.