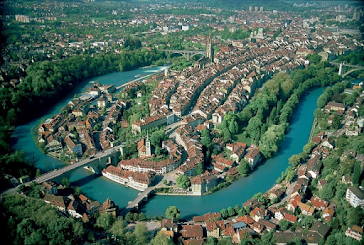 How about we imagine ourselves in the sort of placid backwater where nothing much has happened in the past 400 years? Like, say, Bern, the fifth largest city in Switzerland. It is on my mind because I just listened to a Cold War spy thriller where the climax featured an outdoor chess game in Bern, and the description made the town seem both lovely and boring. Just what I need. 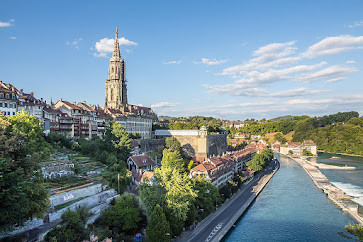 Old Bern sits within a bend of the River Aare. It is not an ancient place, but one of the new towns of the high Middle Ages; according to one chronicle it was founded in 1191, which is probably not far off. Now the town has spread well beyond the old walls and has a population of about 144,000. 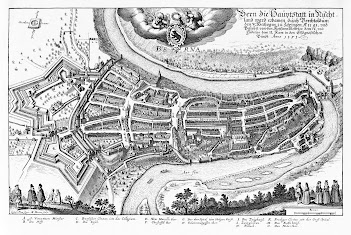 Bern in 1638, a delightful old map. Bern was one of the original eight cantons of the Swiss Confederacy, formed in the 14th century, and its soldiers fought in all the battles of the struggle for Swiss independence. 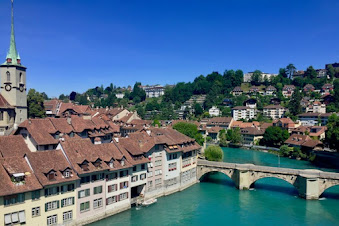 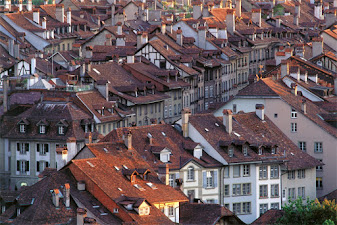 Bern suffered a terrible fire in 1405, and much of what you see in the old town today dates to the great rebuilding that took place after the fire. 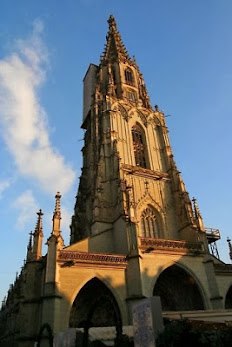 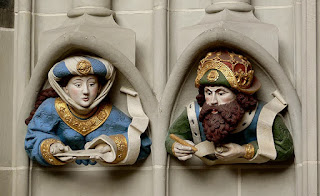 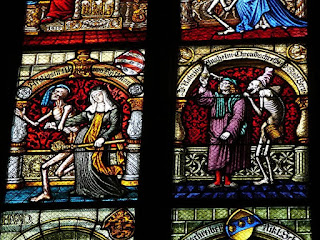 Bern has a wonderful cathedral built in 1425-1575, but I wrote about it back in 2013 so I won't say much here. The Dance of Death window (1441-1450) is very famous, as is the painted sculpture of the Last Judgment over the main entrance. Bern was a very early convert to Protestantism, and was in fact part of the reform movement even before Martin Luther nailed his theses to the church door in Württemberg. According to one version the cathedral had a reformist preacher by 1515, but he was driven out in 1524 as Orthodox Catholicism reasserted itself in the reaction against Luther. But the city was struck by a plague the very next year, which led to city fathers to chase out their bishop and invite reformer Ulrich Zwingli to preach there. Much of the cathedral's sculpture was removed by the reformers, but the Last Judgment remains. 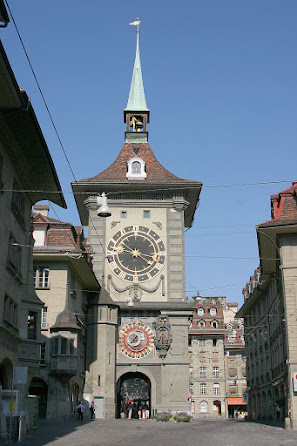 Bern's other famous old monument is the Zytglogge or clock tower. This was part of the city wall in the thirteenth century, but then in the fourteenth century the wall was moved farther out and this tower was stranded in the middle of the city. It served for a while as the women's prison. It was gutted in the great fire of 1405 and then rebuilt as a clock tower. 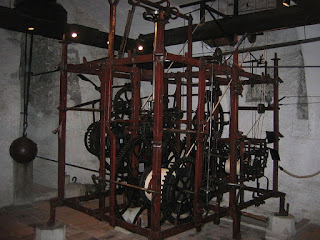 The original mechanism was wooden and had to be replaced in 1530 with this steel movement, which is still in operation. 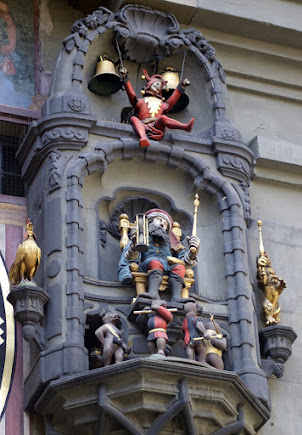 The various moving figures on the outside were added to over the years but now include a parade of bears, a jester, and Chronos, the God of Time. 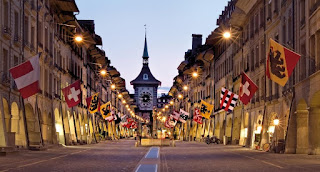 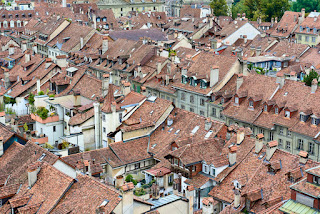 More views of the old city. 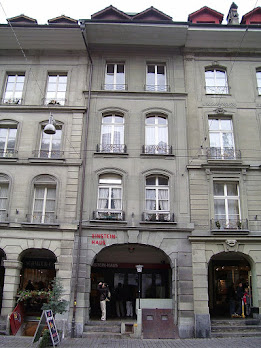 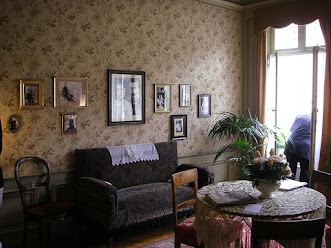 Albert Einstein lived here in 1903-1905, at the peak of his creative powers, and the Einsteins' apartment is now a museum. I have always been struck by how many of the great geniuses of the 1850-1914 period lived and dressed in the most conformist bourgeois way. People like Einstein, Freud, Rilke, Kandinsky, and so on dressed exactly like bank clerks and had exactly the same furniture. Very different from the post-World War II generation, which felt the need to advertise their avante-garde status in their homes and wardrobes. 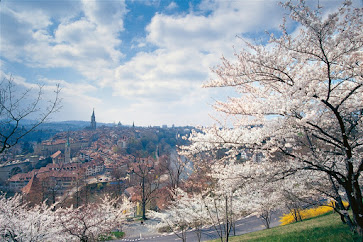 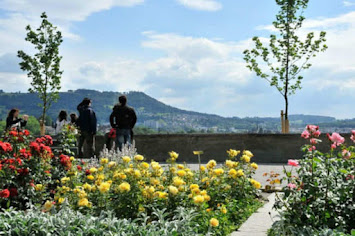 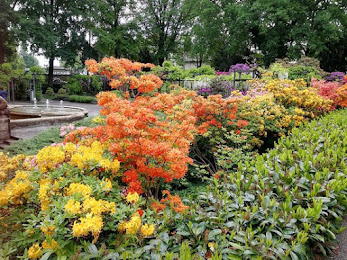 A famous park called the Rose Garden overlooks the old city from across the river, providing wonderful views. Most of the pictures online show any sort of flower but roses. 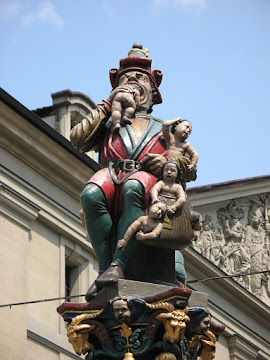 Scattered around the old town are eleven allegorical sculptures, most dating to the 16th century; most famous is the Kindlifresserbrunnen, the Eater of Children. 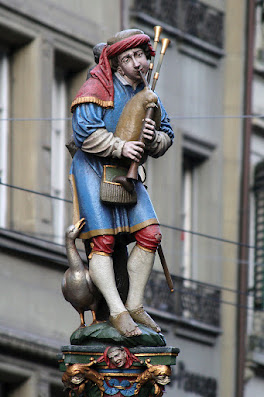 The Piper. Wandering around Bern looking for statues and popping into cafes seems like the sort of thing that might distract me from everything else and turn even today into a fun day.
Posted by John at 2:40 PM

"People like Einstein, Freud, Rilke, Kandinsky, and so on dressed exactly like bank clerks and had exactly the same furniture"

Einstein WAS a clerk at that time, though - albeit for the patent office, not for a bank.

But yes, men's fashion all throughout the Western World became rather monolithic for a while there, overwhelmingly due to the influence of Beau Brummell, a figure I loathe for exactly that influence. He almost singlehandedly redefined what men wore for the next century, and ushered in our modern sensibility for bland, boring, drab, colorless, joyless, austere, conformist, wholly interchangeable men's outfits.

Furniture, thankfully, seems to have enjoyed a bit more variety based on time period and locality, but even in that field there was certainly a trend toward conformity, in large part I think because of the advent of mass production and the trend toward interchangeable parts.

"Lovely and boring" is a fair estimate. A good friend lives in Basel, so I've day-tripped Bern a few times; well worth it.