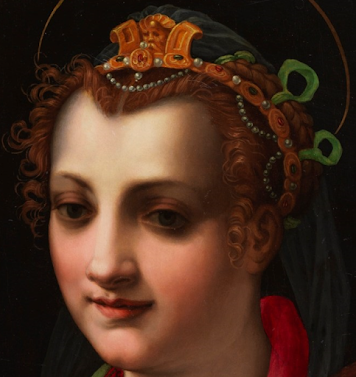 Caste-based discrimination in the US. (Washington Post) A friend of mine who is an IT manager once told me that some high-caste people in his company flat-out refuse to work with low-caste colleagues.

Archaeologists find a 9,000-year-old burial in Peru with a big-game hunter's tool kit, that they say is a woman. (NY Times)

Just when you thought we had reached peak photo contest, now comes Weather Photographer of the Year.

Who helped Japanese Americans resettle after they were released from wartime internment? Churches.

"A garden gives you a picture of what the world could be." In mostly black northwest Milwaukee, a public garden is a place of peace.

With everyone obsessing over the news, the NY Times has added 2 million subscribers this year.

Our ancestors used to see battles in the sky, but we no longer can. Examining a small mystery.

Some thoughts on why Trump did well with Hispanic voters, starting with, most Americans don't see race and racism the way woke intellectuals do.

California went big for Biden but voters rejected a long list of liberal ballot initiatives, including one that would make Uber drivers employees and one that would raise taxes on commercial real estate (NY Times).

Average human body temperature in the US and Europe seems to have declined from the traditional 98.6 Fahrenheit to about 97.5. Possible causes include fewer infections and better climate control. Yet another of the many hints that our bodies and minds are changing in mysterious ways, with who knows what effects.

I found the fate of those California ballot initiatives to be one of the most devastating outcomes in an overall sad event. It reveals just how hollow liberalism is in contemporary America.

On the Hispanic vote: yes, it's fun to watch liberal intellectuals be proven wrong about everything. Anti-racist whites, like anti-sexist males, have no friends. But the rightward affinity of many Hispanics is also depressing (although, again yes, it should not have been surprising).

The thing about peacocks is that for all the bright plumage of the males, the females and juveniles are quite drab and earth toned - and even the males have some pretty remarkable camouflage when they want to hide, particularly up in tree branches, and so I can understand it might be hard for farmers to hunt them effectively to protect their crops.

That said, "rampaging" is clearly not the proper word. They aren't attacking people - they're just existing and surviving, albeit by eating farm crops.

Sure, just like how in America you can get fake degrees that mean nothing too.

The Japanese are about as ignorant of real ninjas as anyone else, because there simply aren't many credible historical records about them. It's a topic overwhelmingly dominated by pop culture and folktale imaginings, as even in their own time ninjas were mysterious and the subject of rumor and legend.