Summing Up Must Farm 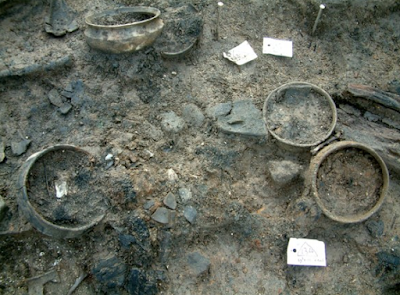 The wonderful dig at Must Farm in England's Fen District came to an end in 2016, but of course the laboratory work and publication continue. Fortunately Must Farm was the first British dig I know of to have a really robust internet presence, so there is a lot to read online. 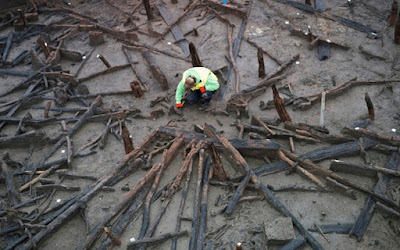 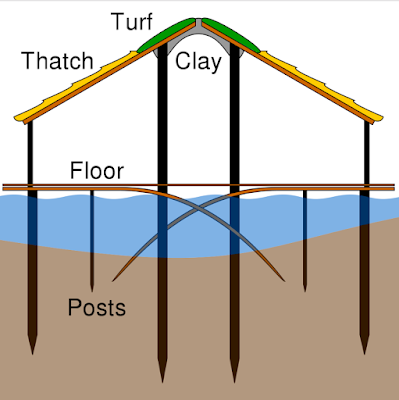 Must Farm was a settlement built over a slow-flowing river, with at least two large houses raised on stilts. Around 950 BC the settlement burned to the water line, and the charred remains of the houses and their contents fell into the water. No bodies have been found, so it seems that everyone got out. On the other hand nobody went back to retrieve the many valuable objects that were just sitting there covered by only a foot or two of water, which makes me suspect that violent conflict may have been somehow involved. 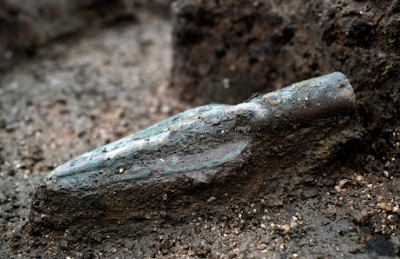 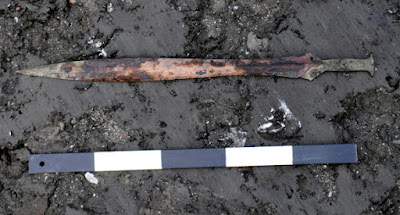 The inhabitants certainly had a lot of weapons. Some of these may have been lost in the fire, but at least some were probably cast deliberately into the water as offerings. 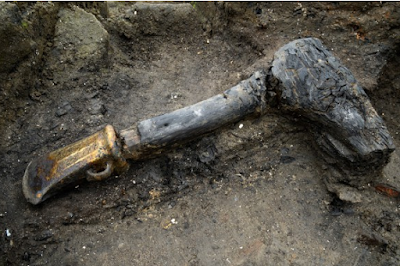 Ax with handle still attached. The preservation at the site is remarkable. 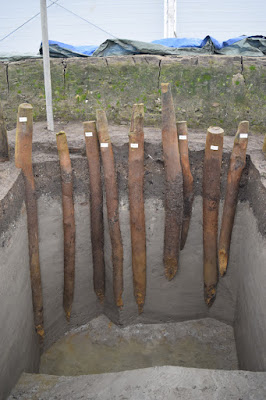 Look at these wooden posts from the palisade that surrounded the site. 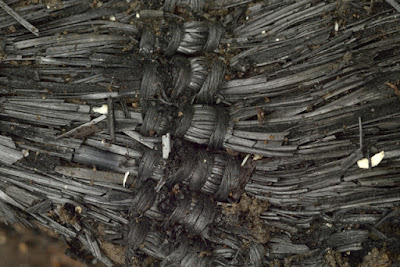 Or this fragment of knotted textile, made from strips of bark. 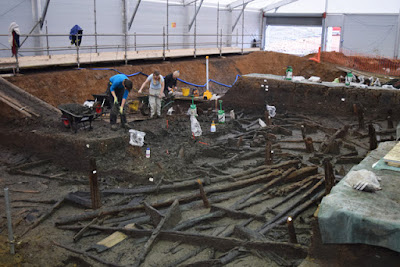 The settlement may only have stood for a short time before it was destroyed. The excavators think the residents were just tossing their trash into the river, where it sank to the bottom, but there was remarkably little of it; roughly speaking, the discarded items at the site numbered much fewer than those that were found within the houses and therefore presumably still in use. So no more than a couple of years, and perhaps only months. 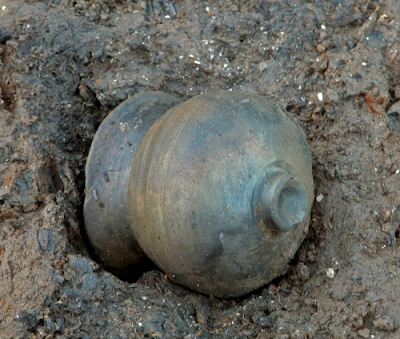 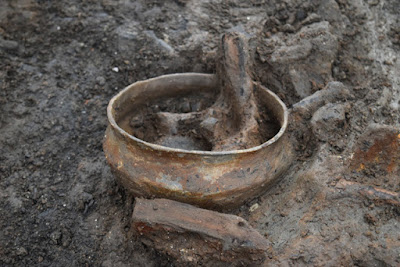 Pottery. Some of the pottery was well made but none of had more than minimal decoration. The same is true of the wooden utensils found at the site, and the bronze tools and weapons. No sculpture has been found. The only spots of color have been a few glass beads that came all the way from the eastern Mediterranean. 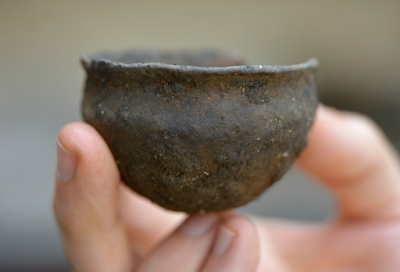 So far as we can tell, the place was remarkably drab: no carving on the wooden posts, no glaze on the pots, no objects made of shell or feathers, hardly any jewelry. At most archaeological sites one would speculate that artistic activity was focused on things that don't survive, like the feather cloaks that we know were valued objects among the Indians of eastern North America. But at Must Farm, even feathers survive. Perhaps the people were too focused on keeping away from the enemies who eventually chased them out of their home.
Posted by John at 3:02 PM