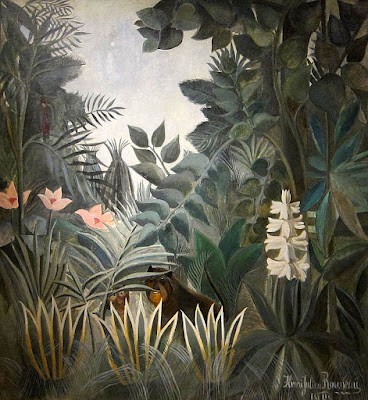 The first artist I loved as a child was Henri Rousseau (1844 – 1910). I remember encountering him in one of the many children's books illustrated in imitation of his style and wanting to paint my room like one of his jungles. (The Equatorial Jungle, 1909) 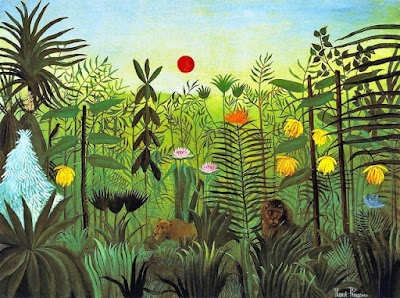 Henri Julien Félix Rousseau was a French customs officer who took up painting in middle age. When he started showing his works they were roundly mocked, but soon they started to grow on people and within a decade of picking up a brush he was successful enough to quit his job and paint full time. However, most of the art world still despised him. 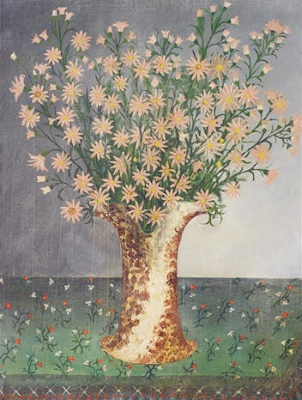 Until I started working on this post I knew only his jungle scenes, but they are actually only a small part of his output. (A Vase of Flowers) 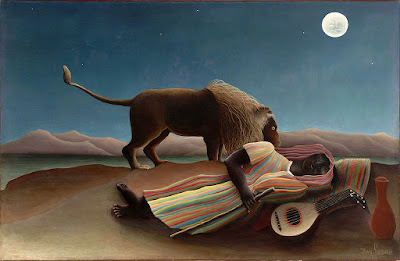 Around 1905 Rousseau was discovered by some of the younger artists in Paris, notably Pablo Picasso. Picasso bought one of Rousseau's paintings for 5 francs and kept it for the rest of his life. He introduced Rousseau to his avant garde friends at a wild banquet in 1908 that became a legendary event in the Parisian art world. (The Sleeping Gypsy, 1907) 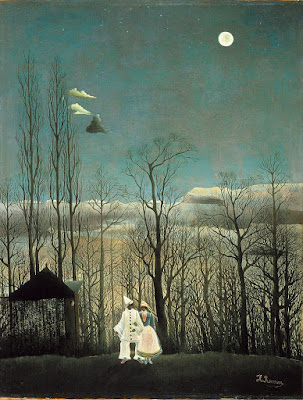 This of course made Rousseau famous and for the next sixty years or so he was one of the most valuable and sought after of the "post-Impressionist" French painters. The Met, the Tate and MOMA each have several of his works. His paintings appear in poems by Wallace Stevens and Sylvia Plath and in a song by Joni Mitchell; hippies loved him. (A Carnival Evening, 1886) 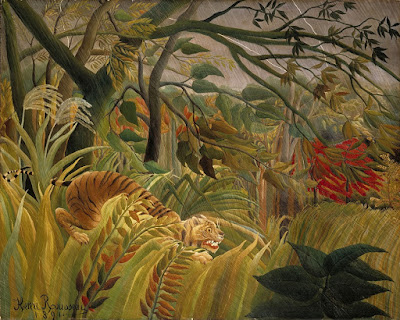 And then he went into an eclipse; I hardly remember seeing anything of his or reading about him since my childhood infatuation. The childlike quality that endeared him to hippies went out of fashion in an art world that valued rebellious cool. (Tiger in a Tropical Storm) 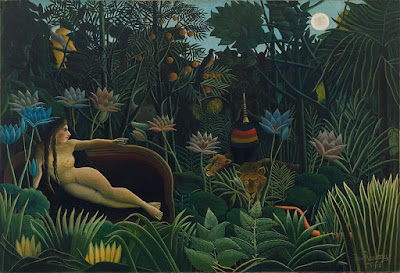 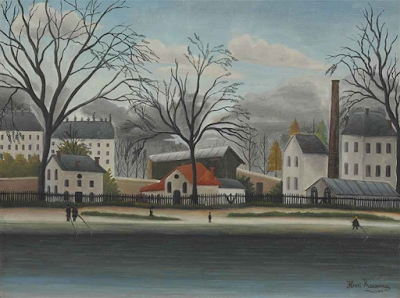 I still like those, although I don't think I would consider painting my bedroom in this style any more. 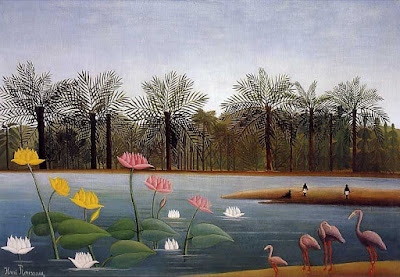