A Gray Day in Williamsport 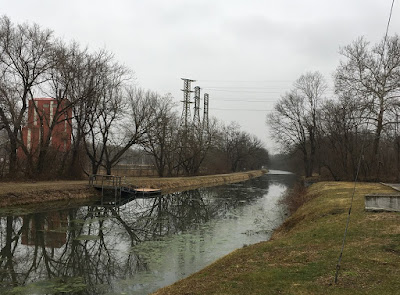 I have an interesting project now, helping the Chesapeake and Ohio Canal National Historical Park build a new headquarters in Williamsport, Maryland. I'm heading back there tonight for the first public meeting; these are some photographs from the last time I was there. 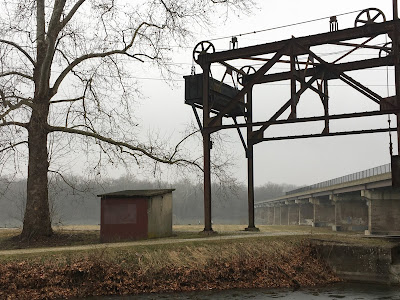 Williamsport is historically interesting because it retains something of the industrial character of the canal landscape. Most of the canal has become in effect a natural park; in some places you can walk for miles without seeing any human-built structures but the canal and the towpath. But in the nineteenth century it was lined with mills, quarries, and farms, not forests. Above is part of the railroad lift bridge with its concrete control shack. 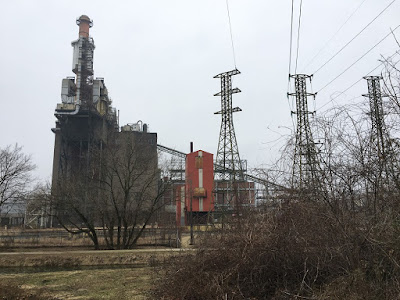 The old PEPCO power plant that shut down in 2012. 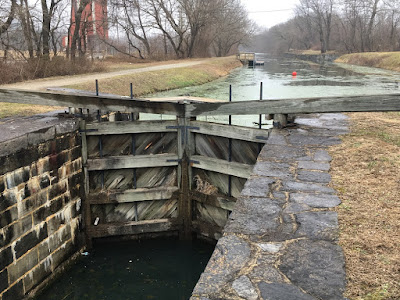 Lock 44. Once this project is complete you will be able to take a boat ride along the canal, through this working lock and over the aqueduct that carried the canal across Conococheague Creek. 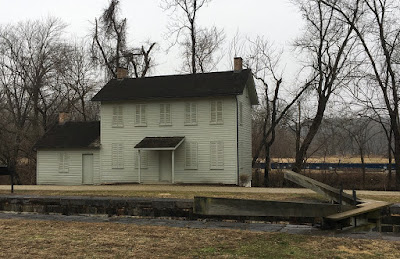 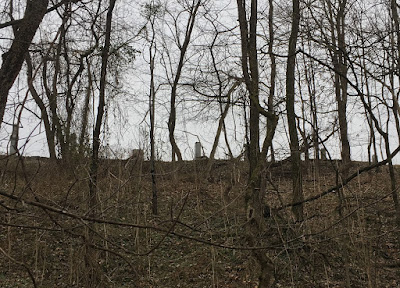 Grave markers silhouetted against the sky. 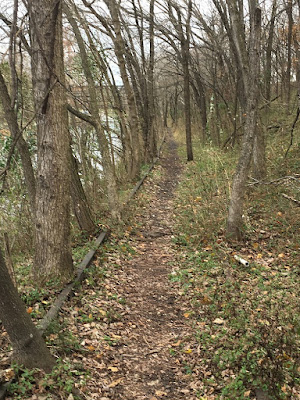 Train tracks along the canal. 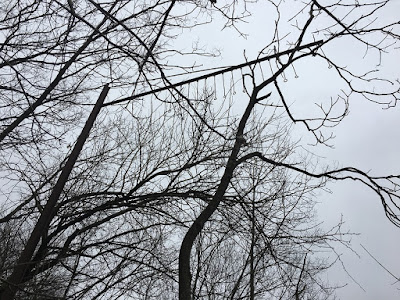 Jingler that let train men know if they had piled the coal too high on their cars to go under the bridge. 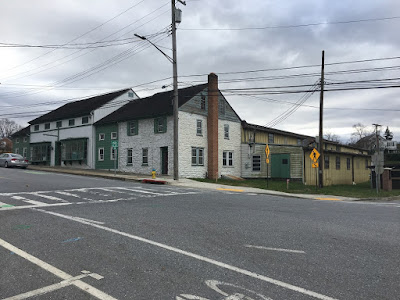 And now two photographs taken from the same place facing different directions. This is the old Miller Lumber Company building, which is where the NPS plans to put their headquarters. The stone building on the corner was built around 1790. The Miller Brothers were operating a lumber mill on the canal in 1890 when they began leasing the stone structure for their office. In 1918 Williamsport was electrified. The Miller Brothers then abandoned the mill and moved their whole operation to this spot, expanding onto several lots. It remained open until a few years ago. 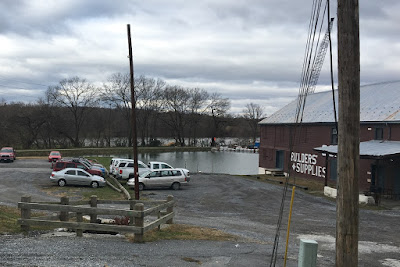 And in the other direction, the Cushwa Basin with the 19th-century warehouse, Potomac River in the background. The crane is working on the aqueduct, which needs a major restoration before it can be rewatered. The idea is to put the new headquarters and visitor center across the street from this interpetive nexus with boat rides and all. This is all supposed to be done by the end of 2020, and it ought then to be an even better place to visit. 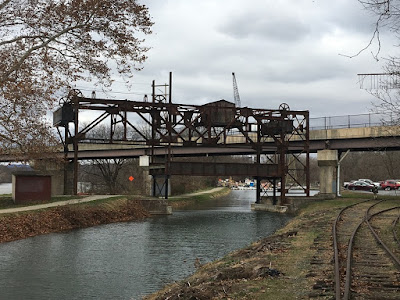