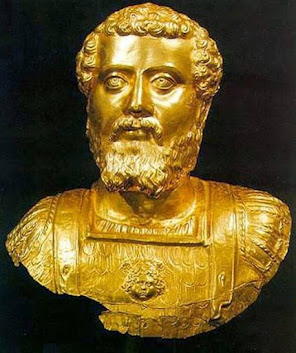 Review of The Case Against the Sexual Revolution, a new book by Louise Perry that argues just what you would expect. Video interview with Perry: "Freedom is not the preeminent value. It has to be balanced against other values."

The Uhuru Movement, a Florida-based political group that claimed to  unite “African people as one … for liberation, social justice, self-reliance and economic development”, turns out to have been entirely funded by Russian intelligence.

Nine-minute Vox video on what happened to California high-speed rail.

The criminology professor on trial for arson.

Study says old friends appreciate being reached out to more than you probably imagine.

Interesting NY Times interview with Neil Gaiman, appropos of The Sandman coming to Netflix. He calls himself a "First Amendment absolutist" but has also been attacked for wokeness; honestly his politics come across as largely "don't tell me what to do" grouchiness.

John Lasseter was the creative leader of Pixar until Disney fired him because of employee complaints about inappropriate hugging and a tyrannical leadership style. Now he is back producing animated movies for Apple TV, after outside lawyers decided there wasn't much to the charges against him. More than fifty people have followed him from Disney to his new company. So, yes, you can get fired for stuff that seems to outsiders like no big deal, but on the other hand it won't necessarily end your career. (NY Times)

The threat of lead poisoning from Turmeric.

Very cool short video looking down into the caldera of an erupting volcano, shot from a drone.

Amazing pictures of fireflies in India.

I just discovered that the most distant known individual star is called Earendel, after the star whose light is bottled in the phial of Galadriel.

Interesting NY Times story on the debate of whether a "cancer cluster" exists in a New Jersey town; the case got attention when a list of brain tumor patients in people who went to one high school went over 100 names, but state health authorities calculated that, on average, that many people would have 120 brain tumors; after all, 1 in 5 Americans dies of cancer.

Leader of "monkey gang" that has been harassing people in Yamaguchi, Japan, executed by hit squad "specially trained hunters."

Badly translated but interesting interview with a Ukrainian general who blames February's official skepticism about the upcoming Russian invasion on Russian agents in the president's office.

As of July 31, Russia has lost more than 5,000 vehicles and other major pieces of military equipment in Ukraine, including 916 tanks and 147 self-propelled artillery pieces.

The Czech Republic announces it is buying 24 F-35 fighter jets, a staggering investment in defense; right now they only have 14 fighters, all old Saabs. As a percentage of their government's total budget this purchase would be like the US buying over a thousand new fighters. The Czechs are not messing around about the Russian threat. Neither are the Poles, who are buying 32 F-35s of their own, besides replacing their entire tank force with modern models.

Another formerly pro-Russia politician goes full bore for Ukrainian nationalism: "The survival of the nation is at stake. It doesn't matter what you believed was the right way for Ukraine's development yesterday. Today we must protect the country." The same is happening across Europe, if not so dramatically.

As of July 31, the deaths of 952 Russian officers in Ukraine have been confirmed by funeral announcements and other Russian media.

Article on the defense of Bohorodychne.

Lots of chatter on whether the US has a veto on the targets Ukraine attacks with HIMARS missiles.

I find the war more confusing than ever. Russian losses have been staggering, and the new units they are sending to battle have 1970s-era tanks and APCs. The attacks on Russian ammunition depots led to a week-long collapse of their artillery fires. Stories come out every day about men refusing to fight. And yet, they are still advancing, and their artillery fires are bouncing back, presumably because they have found new ways to get ammunition to the front. People keep saying, "they can't keep this up," but somehow they keep it up.

And for Napoleonic history buffs: "The more I look at the Kherson front and Ukraine's repeated announcements of an upcoming 'Kherson offensive'... the more I get the feeling Ukraine is pulling an Austerlitz on the russians: Kherson being the right wing and Melitopol being the Pratzen Heights."

Igor Girkin's latest situation summary, not much happening in his view. And from the Ukrainian side, the latest from Aleksey Arestovych.

Great idea with analogy to austerlitz. I have not yet read the article, but even before I read it I say that "Wolski o Wojnie" (Polish analysts whose podcasts about Ukraine War I watch) since weeks was saying that the best place to start offensive is somewhere on the southern arch, between melitopol and mariupol - not Kherson. It sounded reasonable, but then Ukrainians started ttack Kherson... but he kept on saying we still don't know where our 200+ tanks went, and that they might be preparing for the other offensive.

Hehe. Good things about analysts is that there are so many of them so you can always find one supporting your thesis :D.

And what if they want to? Are they not supposed to now because some feminist figured she could sell a few books by being contrarian?