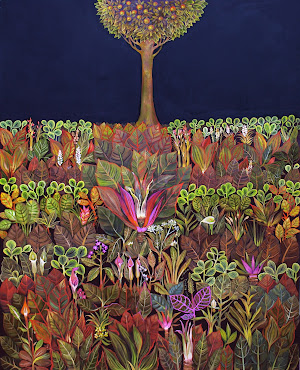 Suad al-Attar is an Iraqi artist born in 1942. She came from an elite family and was tutored by well known artists of the time. Much of her painting is dreamy evocations of Biblical or Koranic themes, especially the Garden of Eden. Above is Visions from the Garden II, 2011. 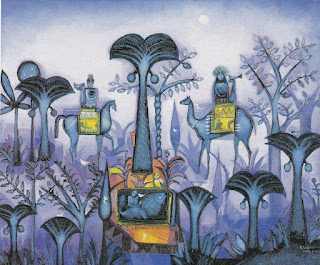 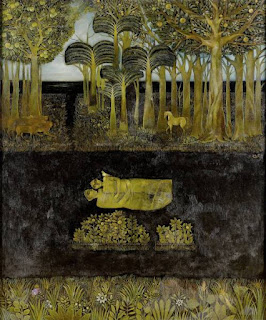 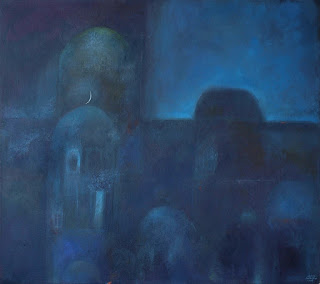 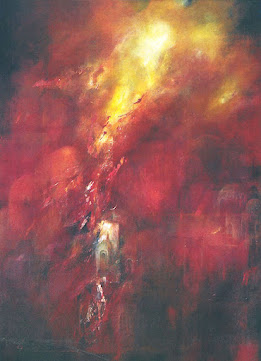 In the time of American invasion and civil war al-Attar painted several pieces intended to call attention to her nation's plight; this is the most interesting I have found from that period, Tears from the Ancient Land. 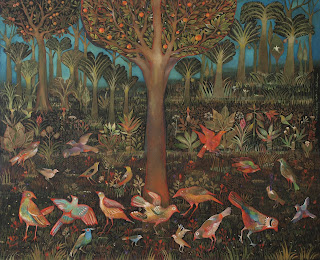 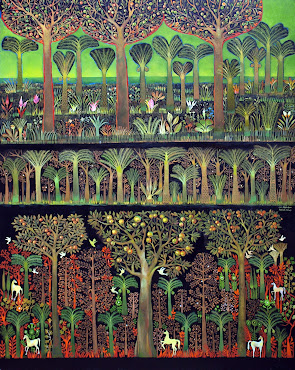 But then she went back to more scenes of paradise, like the one at the top of the post and these. I find them all delightful. Her web site is here.
Posted by John at 6:57 AM