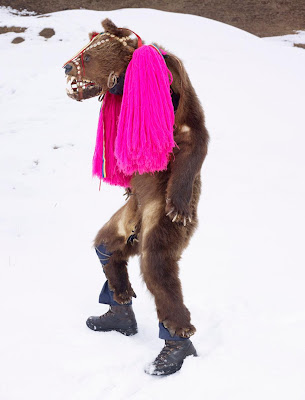 All across Europe there are rural festivals and carnivals that feature some version of the Wild Man. It is hard to know how much of these festivals is ancient pagan survival, and how much is Renaissance or Victorian recreation. But the theme is certainly an ancient one; one thing we know about the ancient shamans of northern Europe is that they sometimes dressed up as bears, just like the Romanian man above. 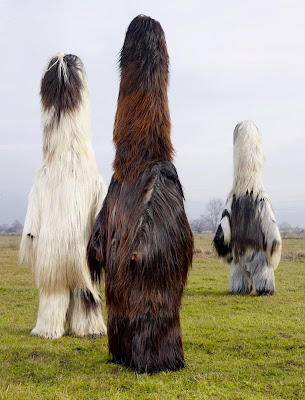 Back in 2009, French photographer Charles Fréger discovered these masked spirit-men, and he set off on a 19-country odyssey to document these traditions. The result is an enormous portfolio of photographs and a book, Wilder Mann: Image of the Savage. Above, Babugeri, Bulgaria. 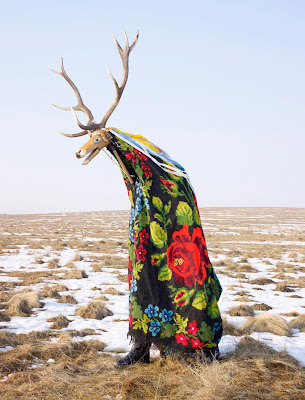 Fréger wrote about the project on his blog:


Most of my time in 2010 has been dedicated to the "Wilder Mann" series... I've been running from country to country, in Europe, to photograph our tribes. Was it a quest to find what's wild down there? It all started by drinking too much "Primitivo" wine during the opening of one of my exhibitions. I decided to work on something primitive. Seems that wine made the right effect to me. So, I've been driving, eating some kilometers, from Poland to Greece... Bulgaria, Macedonia, Slovenia, Austria... and more; Next week in Spain and Portugal. And a book at the end of the year, if everything goes well. I've learnt a lot from this research and I'm now ready to also create some costume, being a bear myself. There should be a totem animal for me, a mix of bear, elephant and rhinoceros with a touch of mythology from the medusa. Anyway. Wilder Mann series soon online and exhibited for real in a few months. 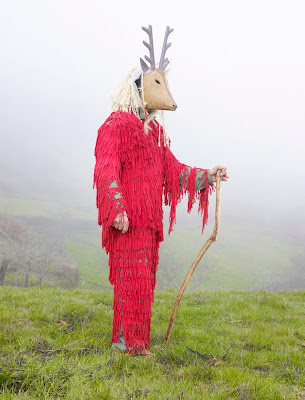 You could say that modern people just do this for fun, which makes it completely different from ancient religious rituals. I think that would be too simple. No doubt this was also fun for ancient people; fun has always been part of carnival. But as I have been writing here lately, religion is as much about practice as belief, and it may be that modern people who dress up in this way to celebrate the seasons and their communities feel something much like what their Iron Age ancestors did:

Above, Careto, Portugal.
Posted by John at 1:23 PM