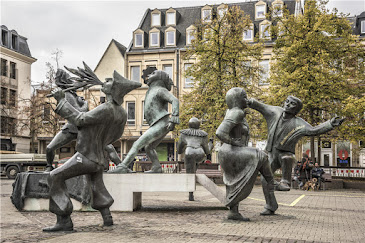 Long ago, we had the sculptures of great men on horseback, pious saints, self-important mayors, etc. Then came the ravages of abstract modernism, blighting so many public spaces with grim geometry. But figurative sculpture never died, and it has seen something of a Renaissance lately as the public finally convinces the art mavens that we really don't like abstract modernism. Above, The Saltimbanques in Luxeubourg City, by Benedict Weiss, 1990. 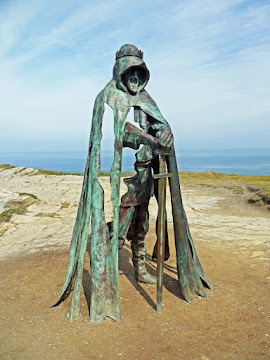 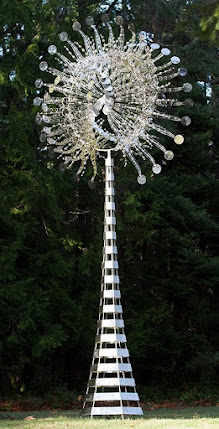 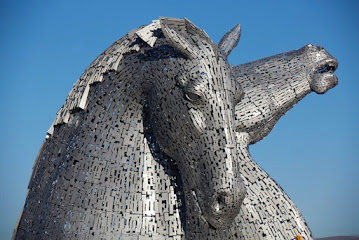 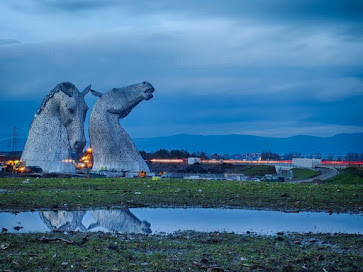 The Kelpies in Falkirk, Scotland by Andy Scott. 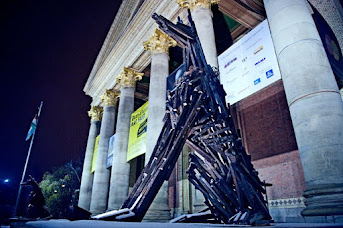 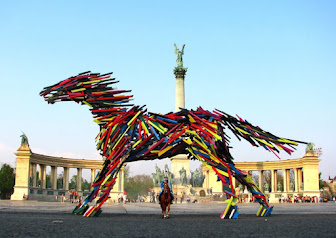 Hungarian sculptor Gbor Mikls Szoke has done a whole series of these huge animals, all made out of regular lumber. Not very permanent but certainly affordable. 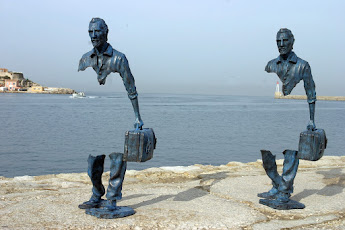 Les Voyageurs, by French artist Bruno Catalano, in Marseilles. The missing sections have inspired all sorts of speculation: the parts of themselves people leave behind when the travel overseas? 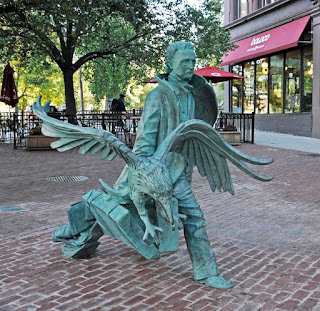 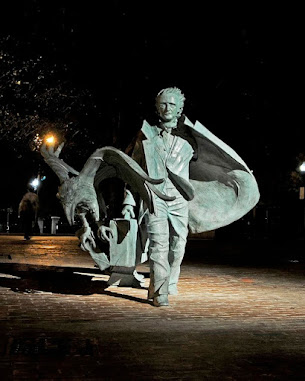 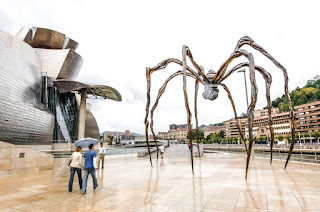 Maman by Louise Bourgeois. This is the steel original, in Bilbao; there is also a black traveling version that has appeared around the world, to the horror of arachnophobes. 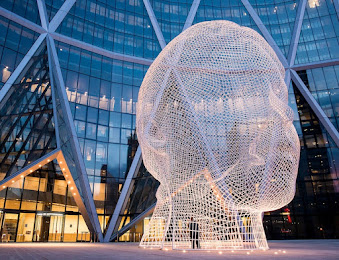 Wonderland by Jaume Plensa, 2012, in Calgary. 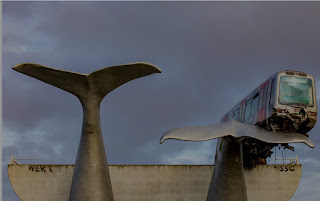 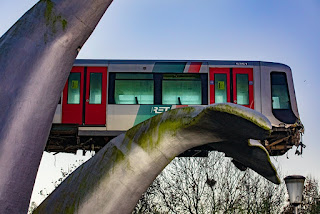 And we shouldn't forget the giant whale tails by Maarten Strujis in Rotterdam, which recently saved a Metro train from falling into the river.
Posted by John at 11:56 AM

Aside from the differences in specific subject matter, a lot of these look like they could have come straight out of the old Soviet Union - which I find refreshing.