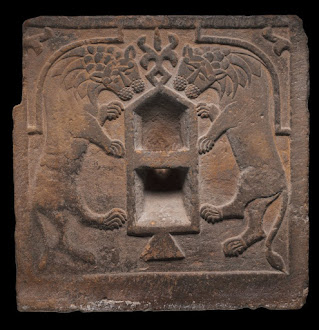 Skekling, an ancient tradition in the Scottish islands. Mostly defunct, alas, although people occasionally try to revive it.

The Calson Letter Foundry (they cast printing type) in London in marvelous photographs from 1902. The basic process was unchanged from 1780 to 1937.

Some moths avoid bats by being able to hear their echo-location signals; others use noise-cancelling materials.

When Italian futurists declared war on pasta. And Georgia O'Keefe as a cook.

French customs agents stop a man carrying 14,000 Roman coins; he says he found them in his back yard.

Genetic analysis of the mysterious skeletons from Roopkund Lake in the Himalayas. (The New Yorker)

The etchings of Douglas Smith, many of which look like illustrations to Victorian adventure stories.

How does cultural diffusion actually happen? Sometimes when people take captives and bring them home.

About 50% of German doctors joined the Nazi party, far more than any other profession. Why? The essay at the link is tendentious, uses a truly grand slippery slope sort of argument, and did not persuade me of all its assertions, but the main point still bears consideration: German doctors had learned to declare some lives worthless, and to think of killing as a positive good for the state, years before the Holocaust got under way.