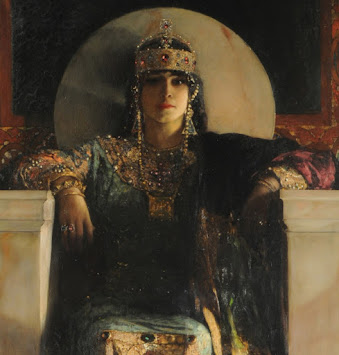 The fascinating history of the broomstick wedding, which somehow came to be shared by marginal groups all around the Atlantic, from poor Welsh farmers to poor Louisiana Cajuns to enslaved African Americans. I am fascinated by things that spread from one common person or another, beneath the radar of elite chroniclers; my favorite is hot peppers, which went global without any elite writer noticing.

12,000 years ago, European hunters liked to use arrow points made from human bone. Alas, the science can't tell us if they used their ancestors or their enemies.

Giving Republicans more information about the toll of the Coronavirus does not change their opinions, but instead increases their belief that the crisis is overblown.

The mysterious phisher who has been getting authors to send him or her copies of unpublished manuscripts by posing as an editor or agent; nobody knows who is doing this, or why; this has been going on for years without any attempt to profit from the thefts. (NY Times)

Good NY Times story on the lawsuits by voting machine companies against right-wing media operations that have been hyping election fraud.

Justin Amash introduces bill to end civil asset forfeiture, one of the issues on which I agree 100% with libertarians. Amash is retiring and the bill won't go anywhere, but still.

In Houston, a private investigator hired to look into electoral fraud rammed a truck and pointed a gun at its driver, thinking it contained 750,000 stolen ballots. It was hauling air conditioner parts. (Washington Post) The truly weird thing about this is the belief that electoral fraud would involve "stolen ballots" that would somehow still be out there in trucks or warehouses, waiting to be discovered.

The Covid Christmas sweater flashes and sounds an alarm when anyone gets within six feet.

Worldwide, livestock produce more greenhouse gases than cars, but studies have found that mixing seaweed into cows' feed can reduce their methane production by 80%.

The UT Austin computer science department developed a machine-learning system to help it evaluate applicants to its graduate school, then abandoned it. The parameters the system learned to focus on show the inherent shallowness of the applications process.

The decline in hunting in the US is leading to funding problems for wildlife agencies, which get most of their money from licenses and taxes on guns. (Washington Post)

The population of the Iberian lynx has risen from around 100 twenty years ago to nearly 1,000 today.

Geologists are making new discoveries about Mars working from an 8-trillion pixel image of the whole planet.

"Giving Republicans more information about the toll of the Coronavirus does not change their opinions, but instead increases their belief that the crisis is overblown."

What better proof that these people are literally insane than this?

But then three hundred thousand Americans die over the course a year (a death rate equivalent to a 9/11 attack carried out EVERY THREE DAYS), and half the country not only doesn't care, they actively politicize it, lie about it, and mock the truth and the dead alike, because they're upset about... coal mines closing? Brown skinned people being allowed to immigrate? Protesters decrying racism and police brutality?

"The decline in hunting in the US is leading to funding problems for wildlife agencies, which get most of their money from licenses and taxes on guns."

Gosh, if only there was some sort of simple and effective way to ensure these agencies get funding! I wonder if we could come up with some possibilit...

Oh wait, that's right! Taxes! Funny how often we forget about those things, huh? Isn't it weird that they're the backbone of providing public services, and yet when public services are struggled we rarely ever think to fix that with taxes? Strange.

People might be hunting less, but they aren't buying fewer guns. Tax guns more, use those taxes to protect wildlife. Or tax cigarettes and alcohol and recreational drugs more. Or just tax the wealthiest individuals, corporations, and organizations a bit more.

Or maybe just buy a few less cruise missiles for the military at a price tag of $1.5 million each, and a few less jet fighters at $80 million a pop, and maybe end our two decades long ongoing overseas wars of aggression which directly cost us hundreds of billions of dollars every year. Imagine how incredibly far wildlife agencies could stretch a mere $1 billion annually! And think what we could spend all the other hundreds of billions left over on as well!

But, nah... clearly we should just wring our hands, lament that hunting is decreasing, and that there's no feasible way to fund wildlife agencies unless more Americans get out there and shoot that wildlife dead in order to get a cheap thrill.