I have written several times here about all of the objects being found in Britain and Scandinavia by amateur metal detectorists. This reflects a legal and social situation very different from what prevails in either the US or southern Europe. In the US, all archaeological artifacts, except burials and certain Indian sacred sites, belong to the owner of the property where they are found. In southern Europe, they all belong to the nation, and if you find one you are expected to deliver it to the nearest antiquities official; at best someone will thank you, but more likely they will chide you for disturbing it in the first place. Hence everything valuable that any amateur finds in southern Europe disappears into the illegal antiquities market.

Britain and Denmark (at least) have what is to my mind a much better system. They hold that certain classes of archaeological artifacts ("treasure trove" in England) belong to the state. So they require that if you find ancient artifacts you must register them with the government, which will photograph them and note the find spot. If the government deems them of sufficient value that they want them to be public property and go to a museum, they pay the finders the market value of the objects. (Which the finders usually split 50-50 with the property owner.) Hence in those nations most discovered artifacts are reported and photographed and the government has the chance to acquire the important specimens. 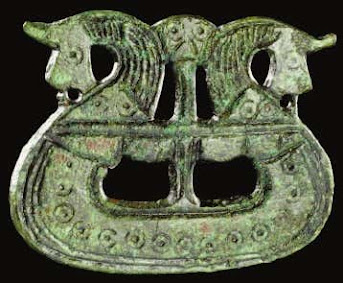 Some archaeologists hate these arrangements, which they think encourage amateurs to dig up the countryside, destroying who knows how many valuable sites. But it is hard to argue with the results. Both in Britain and in Scandinavia amateur metal detectorists have made hundreds of important discoveries. Which brings me to an article I found on academia by Peter Penz, which discusses the importance of recent metal detector discoveries for the study of Norse myth.

After all, much of what we know about Norse myth comes from texts written down in Iceland, in the 1200s AD, most of them by a single man, Snorri Sturluson. How do we know that they truly represent what pagans believed across the Norse world centuries before? There are a few other, older texts, for example Saxo's history of the Danes, but the best confirmation comes from archaeology. There are dozens of carved stones and other artifacts that depict episodes from the myths just the way Snorri described them.

And because of all the metal detecting down over the past 20 years, we now have dozens more such artifacts. Like the Valkyrie at the top of the post, the clearest artistic depiction of a female warrior from the Norse world. 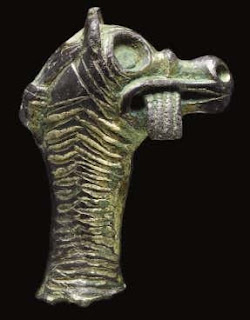 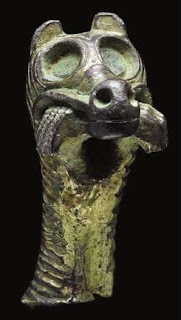 Here is a great depiction of Fenrir the Wolf with Tyr's hand in his mouth. 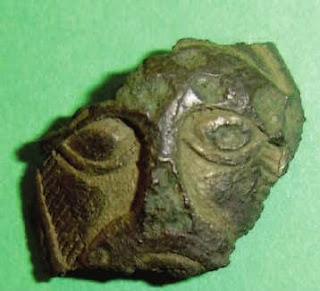 Masks of Odin, showing his damaged eye. Thor's hammer amulets have been found by the dozen; these had been known from burials, but the sheer number found recently shows how common they once were. 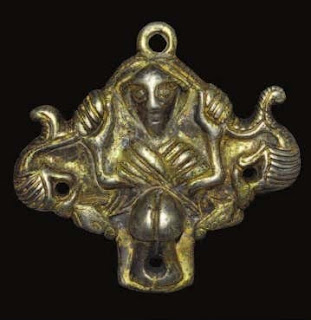 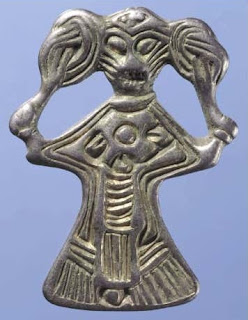 Two depictions of Freya tearing at her hair, one with her two cats. (Which are mysteriously unnamed; all the other animals associated with the gods had names, but if these had names they have not survived.) 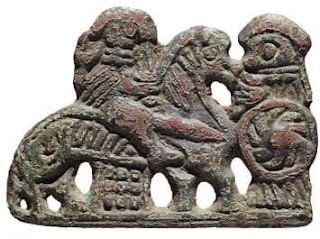 There are also mysteries; what story were they two Valkyries part of? 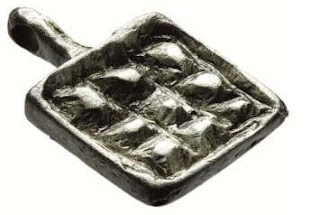 And what's with these nine-section amulets, several of which have been found? They surely mean something, but as yet nobody knows what.

I say, keep hunting, and find more of these wonders.