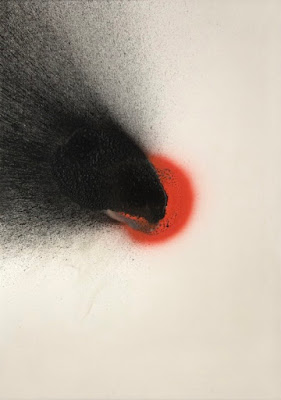 Interesting little essay on the role of aphorisms in philosophy. He should have cited my favorite aphorist, Don Calacho.

A girl's graffiti may identify the owners of a recently excavated villa in Pompeii.

Interview with Orlando Patterson about racism

The archaeology of London' first theater, built in 1567. To give you an idea of where plays fit in the entertainment ecology of the time, it later became a dog-fighting arena.
Politico got paragraph-length statements form a bunch of politicians and activists in answer to the question, Is it different this time? Many say yes, for a variety of reasons.

A new history of the eruptions of the Yellowstone supervolcano.
Wordsworth, a radical when young, turned conservative as he aged.  So did most of the other Romantics of that generation. It's such a common pattern that I find myself fascinated by the people who moved in the opposite direction, like Ben Franklin and George Washington.
Posted by John at 7:41 AM

On the other hand, 2500 years ago it was so much easier to edit your aphorism than your dialogues. Why, creating draft, final draft, and final dialogue is enough to make you start writing aphorisms. Hmmm . . .

London's first theatre in the 16th century? That seems... off. Are we discounting amphitheatres for some reason? Because the Romans certainly built one in Londinium.

Regarding Romantics going either conservative or liberal with age, I do note that Wordsworth was English while Franklin and Washington were Colonial Americans, in addition to coming before Wordsworth. Might their be a pattern among the others you may be thinking of, in regards to either which generation they belonged to, or to geography and the politics of where they lived?