The Dance of the Conquest: Post Cortez Maya Art 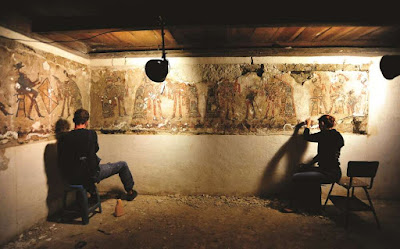 Back in 2003, workers restoring a 16th-century house in Chajul, Guatemala uncovered a series of remarkable wall paintings. They have since been conserved, and just recently a detailed study has published. This was a Maya area, and Maya language and traditions are still strong there. 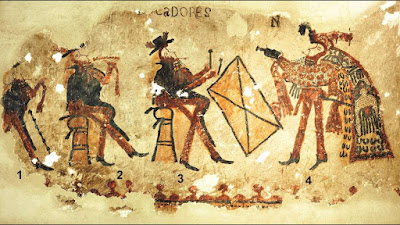 The paintings include European items and therefore date to after contact with the Spanish; the authors of the new study say they were made over an extended time, beginning soon after the conquest and perhaps extending as late as the 1700s. They are unusual in coming from a private house. Most surviving paintings of the period are in churches, and therefore presumably more under the control of the authorities and the church. 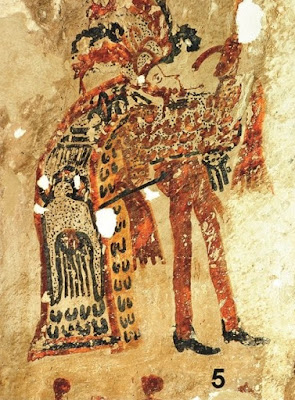 Combining scholarly knowledge of other art from the early colonial period with the insights of local Ixil Maya informants, the investigators conclude that these depict dances. The informants named two dances in particular that they thought were depicted, the Baile de la Conquista (Dance of the Conquest), or the Baile de los Moros y Cristianos (Dance of the Moors and Christians). They also suggested that one panel depicts a dance that no longer survives, which people are calling a Lost Dance; apparently the church banned several dances for theological reasons now obscure.

The Dance of the Conquest, as you might imagine, depicts the Spanish conquest of the Aztec Empire. According to what I have found tonight, this may have been developed already in the 16th century by savvy priests as a way to convey the European version of events to those who did not understand Spanish. However, some articles suggest it may have later evolved into forms that were much darker and more critical of the conquistadors. 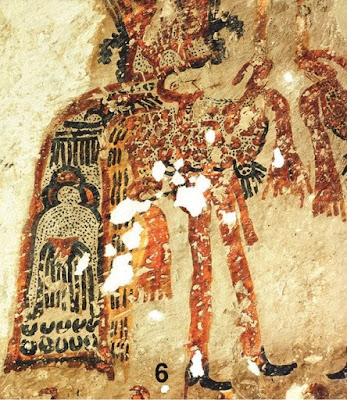 The Dance of the Moors and the Christians depicts the Spanish reconquest of the Iberian peninsula from the Muslims, the key event of Spanish history as it was understood until recently. It boggles the mind to think of Maya dancers in those costumes acting out events in Iberian history of which they can have had only the vaguest idea, and yet such a dance definitely existed and survived into the 20th century.

Most of the Maya dances that were developed under Spanish auspices were religious, depicting the life of Jesus and the like. Interesting that the owner of this houses had no interest in those, but preferred secular tales of war and conquest.

What a delightful little window into things one knew nothing about. 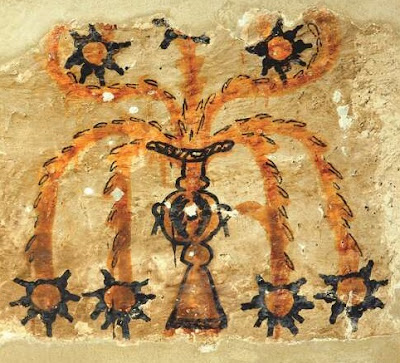