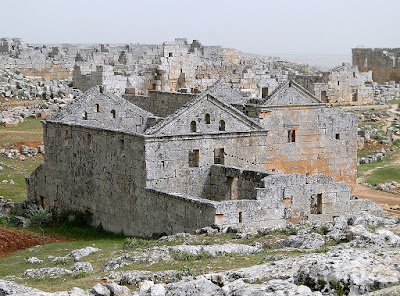 In northwestern Syria are more than a hundred ghost town collectively known as the Dead Cities. They date to between 400 and 700 AD. The best preserved is Serjilla. 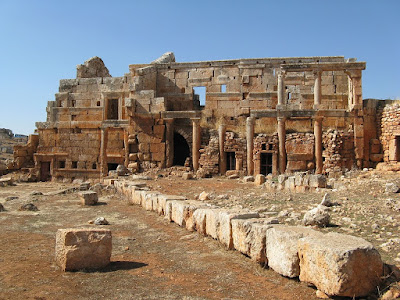 These seem to have been ordinary farming towns where some folks got rich after the fall of Carthage to the Vandals cut off supplies of olive oil from the western Mediterranean, leading to an olive oil boom in Syria. 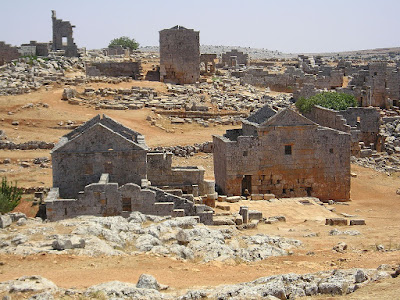 That explains their rise, but their fall is more mysterious. There are no signs of violence, nor any record that the conquering Arabs did much damage. Some speak of changes in trade routes, but these towns were within two day's journey of Aleppo, which remained a great city throughout the Middle Ages, so I am not sure why that would be relevant. Did changes in the weather render the land less valuable? 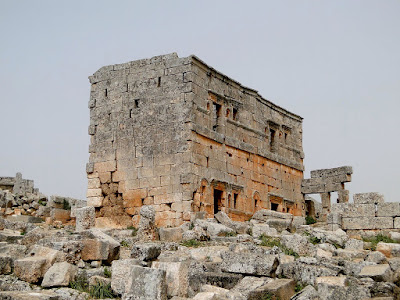 I have no idea, and so far as I can tell, nobody else really knows either. So a little mystery, a whole rural district that prospered for two centuries and then faded away, leaving these splendid ruins. 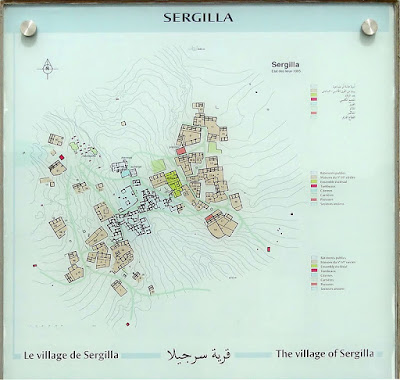 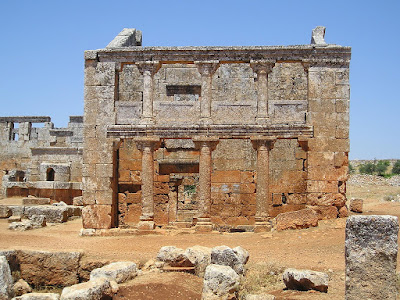 Some authorities identify this as a tavern others an an Andron, a meeting place for men. 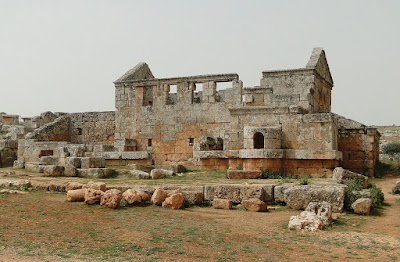 The town had public baths, which were a lot less common in 500 AD than they had been 200 years earlier, so the elite were a traditional bunch. 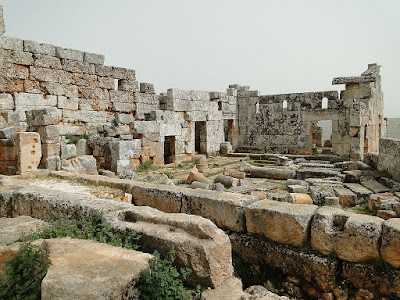 But they were of course Christian; this is the church. 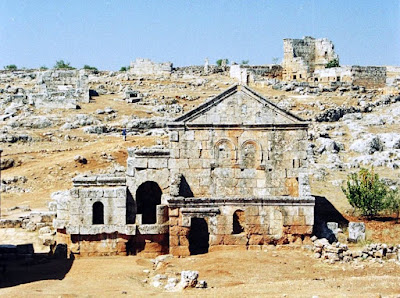 So far as I can tell, this place has so far survived Syria's Civil War unscathed. May it long endure. 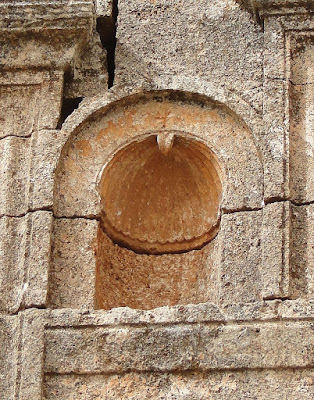