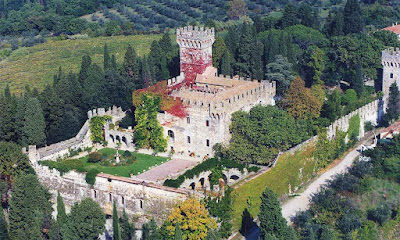 Having fun on the internet last night I stumbled across a photograph of the Castello di Vincigliata. I thought, hey, that's cool, I wonder if it's real? That turned out to be a complicated and interesting question. The castello is in Tuscany, near the village of Fiesole. 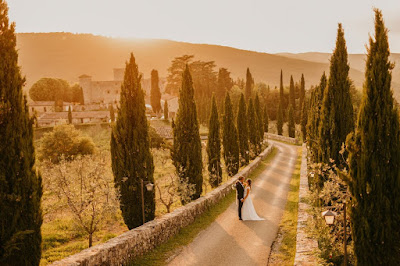 These days the castle's web site promotes it as


one of the most romantic and beautiful wedding venues, only a few km from the centre of Florence. Plunged among the rolling Tuscan hills, it is the ideal place for celebrating your special day.

The castle's own web site reveals that this is no pristine medieval construction. As they put it,


In 1840 Sir John Temple leader was exploring the hill of Fiesole,when he came upon the overgrown ruin of a medieval castle. He instantly fell in love with it and decided to restore it to its former glory. Of the many stories he uncovered, Sir John especially coveted the one about Donna Bianca.

Sir John decided that Vincigliata was a perfect place to host his many noble friends. With the help of a young architect Fancelli, he started the daunting task of restoration. In pure spirit of renaissance patronage, he commissioned 80 masons, artisans, sculptors, glassmakers and antiquarians and with their help, Vincigliata was reborn after 10 years of work. 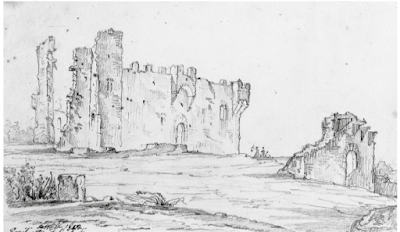 So this was really built in the 1840s. But how extensive were those ruins that started Sir John dreaming? Wikipedia tells us that  under Temple's ownership the castle was "entirely reconstructed in the feudal style." 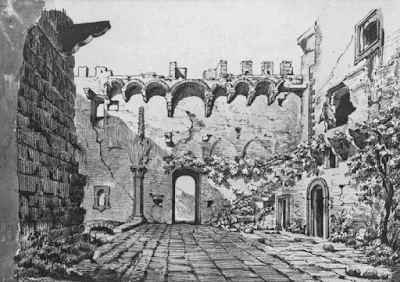 These two drawings are the only records I have found of what was here when Sir John's builders set to work. They are enough, though, to show that quite a bit remained, so this is far from a complete fantasy. Eugène Viollet-le-Duc did some of his "restorations" with less. So who built the castle that Sir John found in ruins? 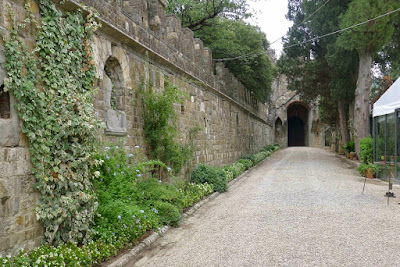 According, again, to the castle web site, there has been a noble residence on this spot since at least 1031. And that's pretty much all the castle's web site has to say about the site's early history. I did track down one halfway learned source, a brief article in Italian, which confirms that there was a medieval house here. In fact there is an estate inventory of 1335 that describes the place as

That is, a house with tower, wall, garden, fields, well, and woods in the parish of St. Mary de Vincigliata in the county of Florence. So there was something fairly impressive here by 1335. However, our author (Alessandro Rinaldi) does not think that describes our house. He seems to think that whatever was there before was mostly swept away after 1365, when the property fell into the hands of the Alessandri family. 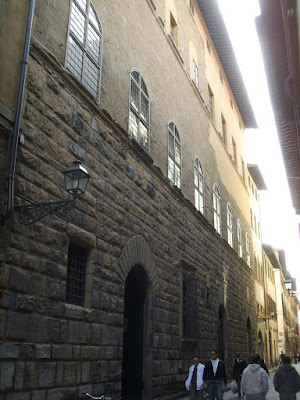 The Alessandri family were Florentine aristocrats, a wealthy clan that produced numerous senators and the like in the 1300s and 1400s. One of their town houses, the Palazzo Allessandri, still stands 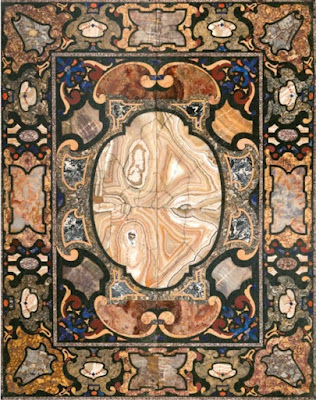 and they once owned a famous piece of furniture, the Alessandri Table. They show up among the patrons of various Florentine artists, and Vassari says that one of their infants was the model for a famous baby Jesus. Anyway, they were rich and stylish. 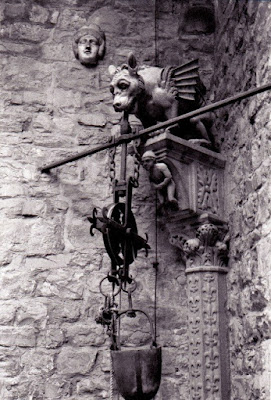 Photo from a set posted by one of my favorite bloggers, Vertigo 1871

They were not, however, soldiers. Or knights. They were merchants. Of course like most rich merchants of that era they spent some of their profits buying land, both as a safe investment and by way of elbowing their way into the old aristocracy. And what did you, a merchant trying to pass as a nobleman, build on the country estate with the money you made in banking or trade? Why, a castle! 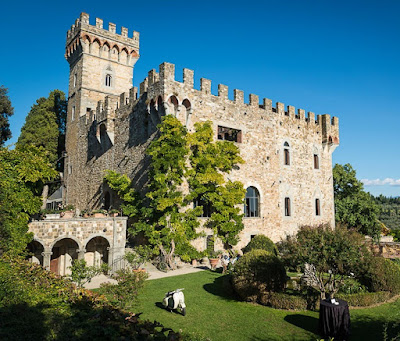 Like this one, described in a will of 1429 as "a Lordly palace with battlements and subterranean vaults, with an outer wall." Our man Rinaldi calls this new structure


an eloquent expression of the neo-feudal aspirations and mentality of the Florentine aristocracy of the 15th century.

It just tickles me that our nineteenth-century English romantic, full of neo-feudal aspirations, rebuilding a castle as a place to entertain and impress his friends, was following so closely in the footsteps of the fifteenth-century Alessandri, who were also building a sort of lark instead of a fortress. 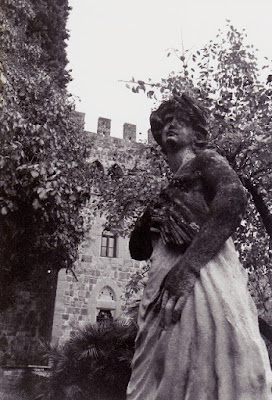 And Donna Bianca? She was a young woman of the house who was loved by two brothers. Like a proper folk tale heroine, she chose to marry the younger. She was sitting at the tower window on her wedding morning, waiting for her betrothed to arrive, when she saw him coming down the road. Just before he reached the gate his older brother and two other men leaped from behind trees and killed him before her eyes. Of course, she leaped to her death.
Posted by John at 9:56 PM

It's a fairly amorphous sort of distinction, but in this case I can't help but feel we're looking at an example of the latter. Why do I say that? Because the sophistication of the fortitications is fairly lacking.

The outer walls are simple and square; they lack the towers or bastions necessary for robust angles of fire to defend them; they lack machicolations despite the inner "keep" itself possessing them (and I can't quite tell from the photos, but I suspect those are decorational faux-machicolations); they're not very tall and they're full of doors and windows; et cetera. The inner defenses aren't much better, and have much the same basic problems - bad angles of fire against attackers who have breached the outer defenses, too many unsecured doors and windows as points of access, et cetera.

There's no moat, no earthworks, and no gatehouse. The place is situated on a small hill, but approach appears rather trivial from several directions. There are a lot of trees in close proximity (although those may not have been there originally), and you ideally want a decent stretch of cleared ground all around a castle to deprive your enemies easy cover and concealment.

Frankly put, these are the sorts of defenses that look impressive and would certainly keep peasants out, but that wouldn't withstand a proper military siege.

As to how much of this can be chalked up to the 19th century reconstruction, and how much of this is original, who can say? Although in either case, it fits with what we know of the owners and their priorities - if you're not actually expecting to have to fend off enemy invaders, you don't need military grade fortifications. If you're just a wealthy elite who wants to show off status and maybe have a secure place to ride out a peasant revolt or two, this is all you really need.

I stumbled on prices from 2018 while trying to find more pictures of the place.

Castle’s torch lighting - minimum 100 torches, 4,88 Euros each
Lengthening of time before and after the above times - Prices on request