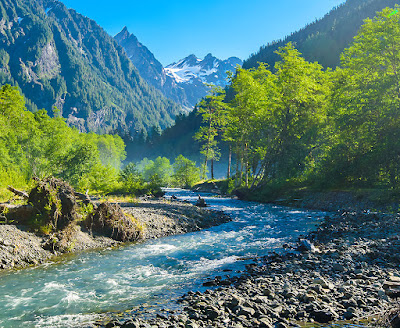 Olympic National Park is a vast area of mountains, forests, and coast, much of it wilderness.  In all it measures 922,000 acres, or 3,700 square kilometers. 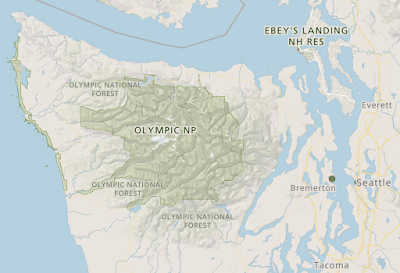 Yet it sits on the Olympic Peninsula between Puget Sound and the Pacific Ocean, within easy reach of the Seattle metropolis. 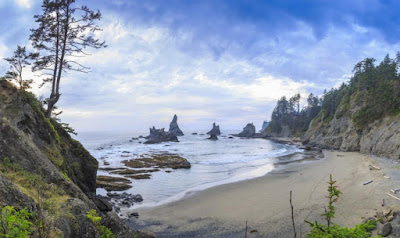 There are two parts to the park: the main area surrounding Mt. Olympus, and a strip of undeveloped coastline 60 miles (97 kilometers) long. 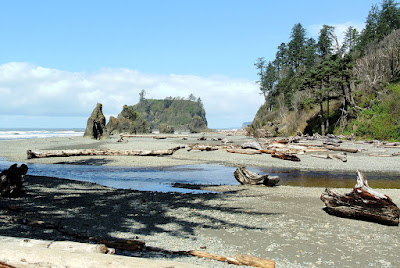 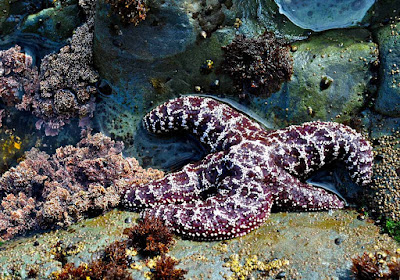 Along the beach are amazing sea stacks and hidden beaches, and tidepools full of marine life. 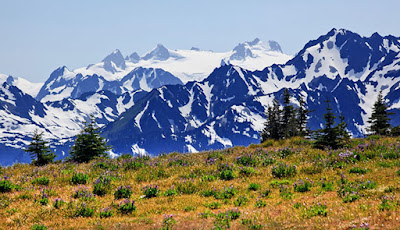 Mount Olympus (no credit for original naming there) is only 7,980 feet (2400 m) tall, but because it gets so much snow the peak remains snow covered year round, and it has several glaciers. 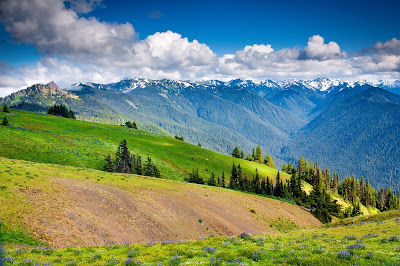 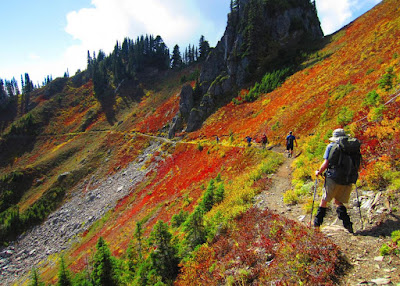 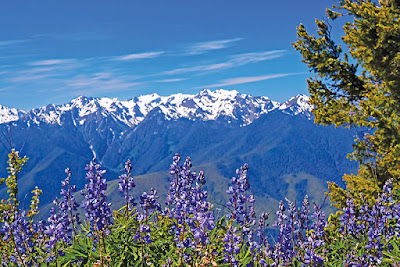 Most pictures of the mountain you can find online are taken from a place called Hurricane Ridge, one of the main jumping off points for high-altitude hiking in the park. 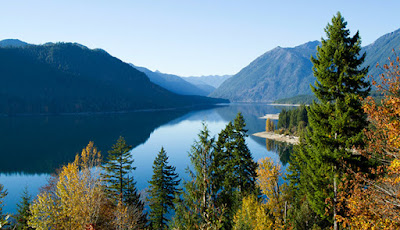 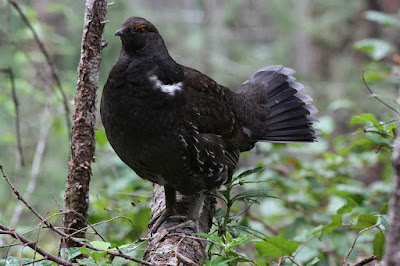 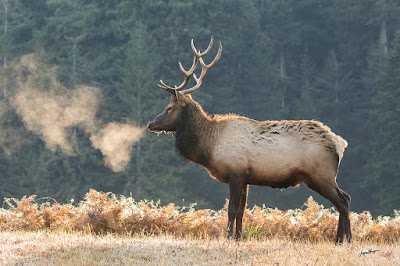 Because of the isolated location the park holds many unique species or subspecies of animals and plants, including the blue grouse and the Roosevelt Elk. 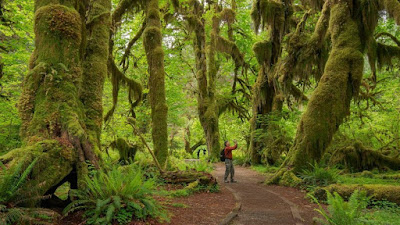 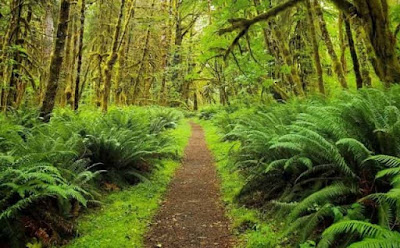 The park is probably most famous for the temperate rain forest on its western slopes, the rainiest place in the continental US, with 150 inches (380 cm) a year. There are trails laid out so you can explore dense rain forests on moderate day hikes. 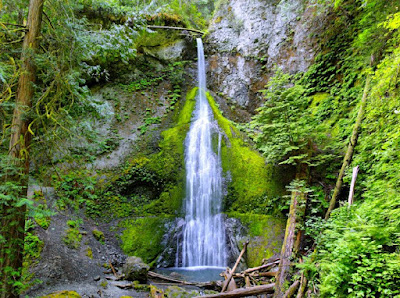 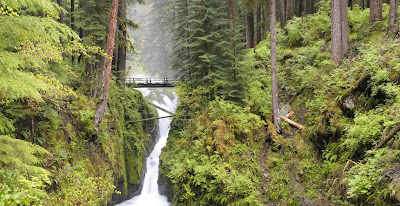 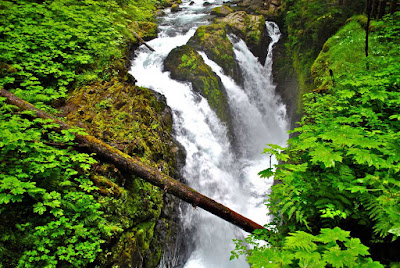 Of course between the rain and the mountains there are many waterfalls. 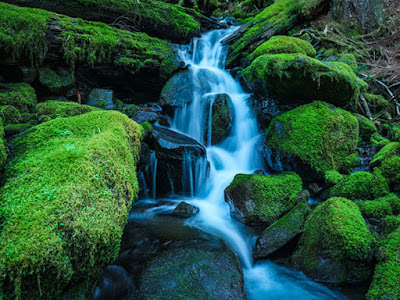 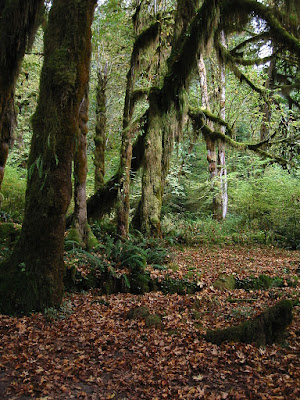 The creation of the park was the end result of a long struggle between preservationists and others that still goes on in various forms. The timber of the Olympic Peninsula is extremely valuable, including giant cedar trees and spruces, and very convenient to shipping. Loggers were itching to get onto the mountain, and behind them were lined up miners and developers. Local Indians were divided against each other and were sometimes against development, sometimes for it. In the 1890s leading environmentalists like Judge James Wickersham led expeditions up the mountain to publicize its wonders. This led to the creation of the Olympic Forest Reserve by Grover Cleveland in 1897; but the Forest Reserve allowed limited logging, provided it would not do too much damage, and the struggle continued. In 1909 Teddy Roosevelt created Mount Olympus National Monument, largely to protect the calving grounds of the elk subspecies that was later named after him. Congress created the National Park in 1938, which protected a vast area. But as I said the fights over development and logging on the peninsula continue to this day. 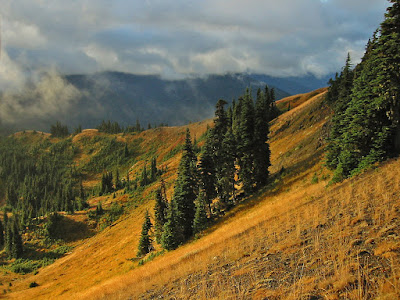 I have an old friend from Washington who once promised to take me backpacking in Olympic, but that was many years and several children ago, so now I wonder if we will ever get there. 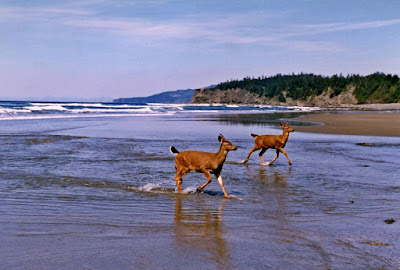