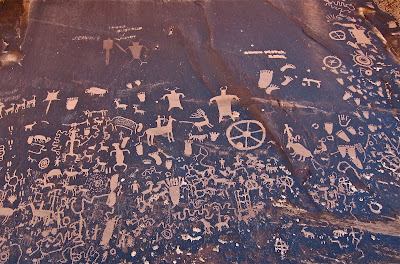 In most of the world, petroglyphs remain largely mysterious. They were carved long ago by people whose cultures have vanished, and at best we can vaguely relate them to half-forgotten myths. Most could mean anything. 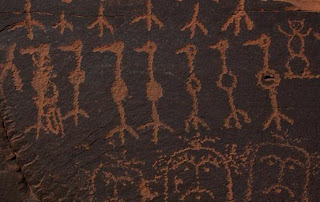 This is not true in the American southwest. Here, thousands of surviving petroglyphs were carved by people whose culture still endures among the Hopi and Zuni. 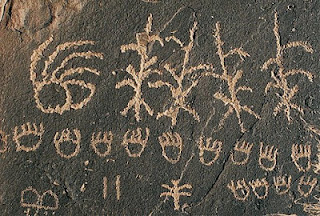 The most common symbols are those of the Hopi clans, of which these are a sample. 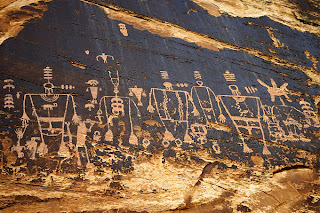 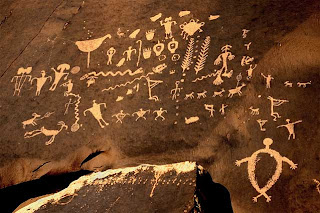 Others depict the myths that the Hopi reenact in their famous rituals. 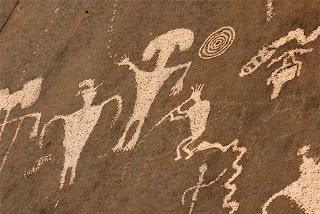 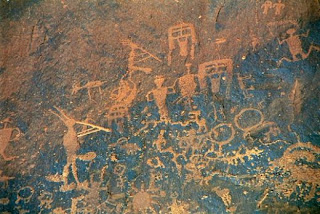 These depict the trickster musician kokopelli. 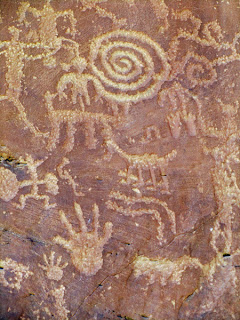 Mindful of this heritage, the Hopi tribe has been cooperating in an effort to digitally record the most important petroglyph sites, especially those no longer on tribal lands. A worthy cause, I would say.
Posted by John at 5:56 PM