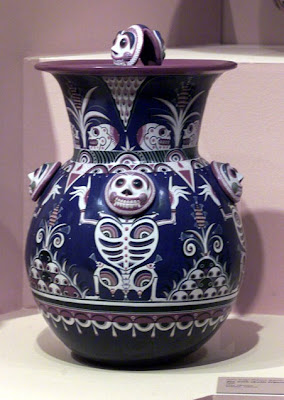 Every time I see an image like this one -- the pot is by ceramicist Jorge Wilmot, 1928-2012, who was one of Mexico's most famous artisans -- I am struck by the continuity in Mexico's artistic tradition. Skulls and bones have been prominent in Mexican art for 1500 years. 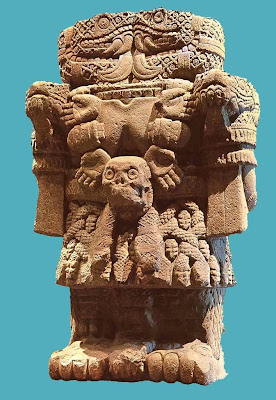 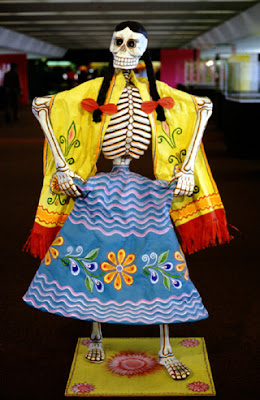 Mexican art that doesn't feature death and suffering often depicts animals, and animals were also prominent in Aztec and earlier art. The reconstructed facade of the Temple of the Feathered Serpent at Teotihuacan: 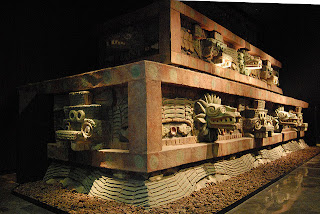 And some contemporary Mexican folk animals: 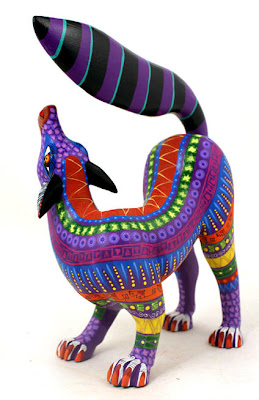 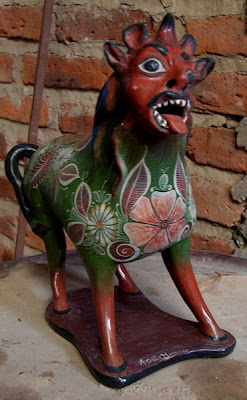 Including monstrous animals (the Jaguar is eating a human heart): 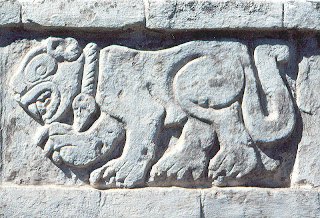 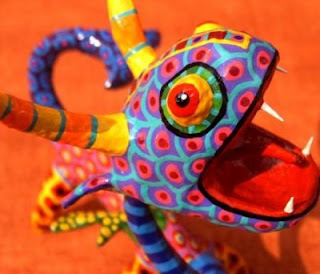 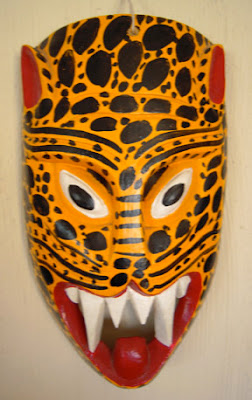 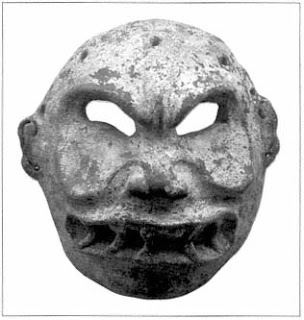 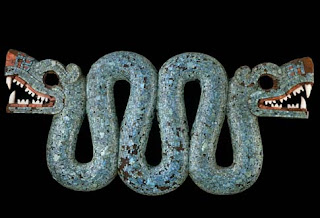 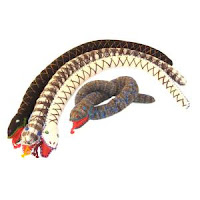 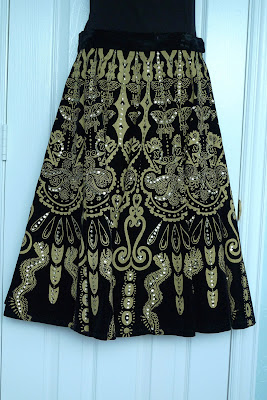