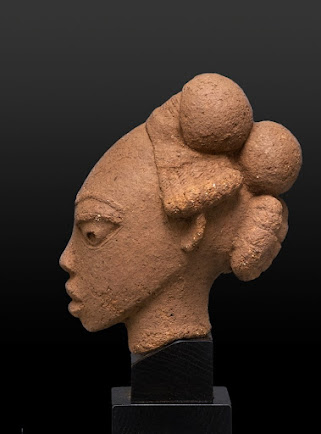 According to various online sources, including the Met and Louvre, the modern story of Nok sculpture began in 1943. In that year, tin miners working near the village of Nok in central Nigeria dug up a terracotta head. As we will see in a minute, this cannot possibly have been the first time modern people stumbled across one of these, but anyway that was the find that launched scholarly investigation of these intriguing sculptures. 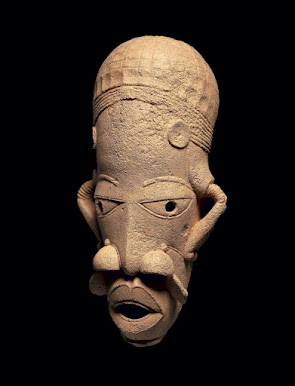 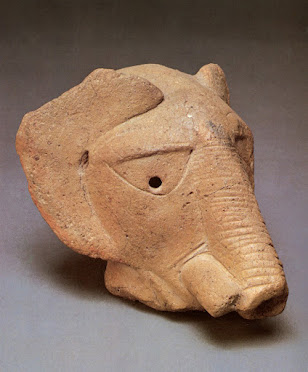 It can't have been the first because hundreds of fairly intact specimens are now known, along with tens of thousands of fragments. They turn up all over the region, especially in three major archaeological sites at Nok, Taruga, and Samun Dukiya. They do not seem to be from tombs; the best guess is that most were set up on the surface in various prominent places. Some must have been intentionally buried to have survived so well, but most were not and so ended up smashed. 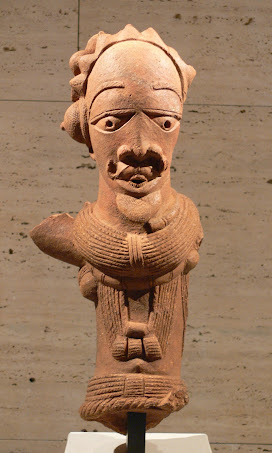 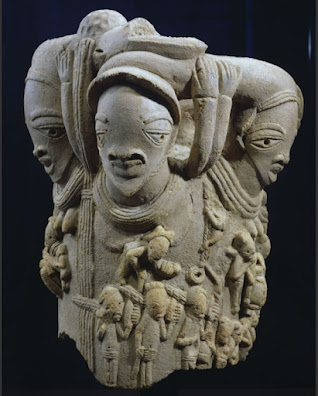 The Nok culture seems to have been established before 1500 BC by immigrants who came into the region from the north, on the borders of the Sahara. That is where their main crop, millet, grows naturally. They were making iron by 1000 BC; there is no agreement as to whether this was a local discovery or diffusion from Egypt and Nubia. The oldest sculptures seem to date to around 900 BC, and they were made down to around 500 AD. 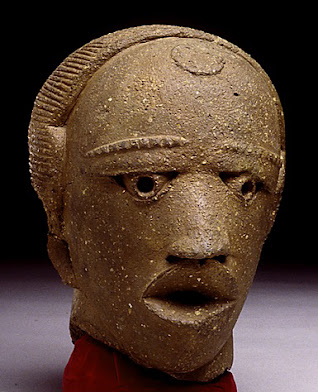 Just cruising around the internet over the past half an hour I have begun to doubt that end date, because objects in very similar styles are listed by museums with dates as late as 900 AD, and I found one wooden sculpture very much like these from the 19th century. 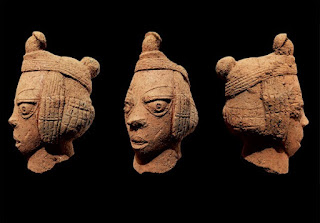 The most famous examples are human heads, so you often see these described as "Nok heads." But most of the heads are broken and used to have bodies, and there is lots of other stuff. The biggest human forms are nearly life sized, while the smallest heads are the size of cherries. 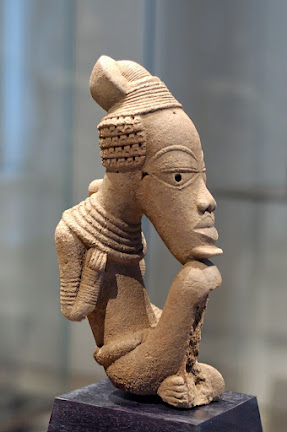 They are made of clay, built by coiling up a long clay rope just like many pots were made. The fine features were then carved into the partially dried form before firing. 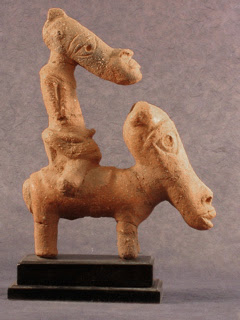 Fascinating objects that tell us a lot about the people who made them, for example that they rode horses. 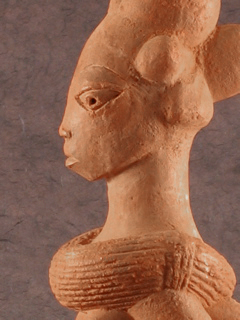 More are being found all the time, by both official and unofficial archaeologists, so the body of Nok work keeps growing, and we keep learning more about these ancient people. 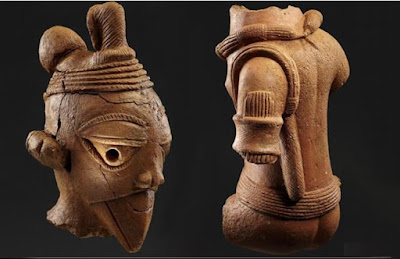