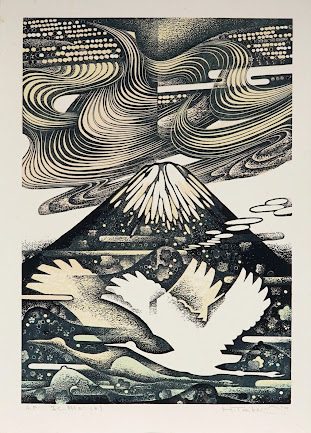 Scott Siskind turns a review of the new film "Don't Look Up" into a meditation on narratives, the pursuit of truth, and the ambiguity of "Trust Science" or "Believe Experts."

A new way of dividing people politically: bulldozer vs. vetocracy.

Alana Newhouse, "Everything is Broken," a cry from the heart against our crumbling world. Winner of one of David Brooks' Sydney Awards. I disagree with a lot of it; eg., Newhouse is especially upset that things can now be changed by decree overnight, but that has been a complaint of conservatives since the Reformation and probably longer. Still, it is a good expression of that sort of worldview, and meshes with some of my complaints about competence.

Reviewing advances in green energy, batteries, biotech, and other fields, Noahpinion says "The 2020s are going to be a very cool decade."

The vaccine used to eradicate smallpox in the 20th century was actually made using a virus called vaccinia, which is related to smallpox and cowpox but not the same as either; nobody knows where it came from (best guess is horse pox) or how it came to be the strain used in inoculation. (Wikipedia)

The NY Times thinks Doris Lee (1904-1983) is an "Unjustly Forgotten Artist," but after looking at her work I think she is remembered about as much as she deserves.

German artist Jörg Gläscher made some interesting waves by piling up sticks in a forest.

At the Wara Art Festival in Japan, people make giant animals out of rice straw. Definitely a tradition we should bring to the US. We have plenty of straw and tons of frustrated artists.

In 1957, Los Angeles banned backyard trash burning, part of its efforts to fight "smog." Predictably, this led to protests by people waving American flags and shouting about freedom.

At the Washington Post, a round-up of recent doings in QAnon land: infighting, fund-raising mania, and accusations that the movement itself may be a Deep State operation.

Kevin Drum asked his readers to list things that might become "can you believe it used to be like this" memes on TikTok, and about a hundred responded. Many of their memories focus on the trials of television watching, like having to get up to physically turn the knob to change channels, and having to futz with the antenna to get a clear picture. One that resonated with me was how much dog poop there used to be in cities before cleaning up after your pet became the norm, something I really hated.

Review of a big new book on the culture of dueling.

Among other things, Scott Sumner is a highbrow film buff; here is his extensive ranking of the all films he has reviewed, including his all-time bests. With comments.

A North Korean who risked his life crossing the DMZ to reach the South, in 2020, just risked it again crossing back in the other direction. (NY Times) Several others have done the same, feeling like they were treated horribly in the South. A glimpse of why most Koreans have doubts about reunification.

In Poland, policies came into effect on January 1 that raise already existing cash payments to families that have a second, third, or fourth child, as well as bigger tax breaks for large families. This program will consume about 17% of Poland's GDP. The version in place since 2015 has greatly reduced child poverty, but on the other hand it has not budged the birth rate.

Long, strange NY Times piece about Britney Spears, emphasizing that during her conservatorship she used dance to establish a semblance of freedom. Ok, but there is not a word in this piece about the mental health issues that led to the conservatorship being set up in the first place. If Spears was fighting for control, maybe her own demons were an issue? I emphasize this because I feel strongly that mental health issues are a big part of everything that happens in the world, and I find it baffling when they are left out.