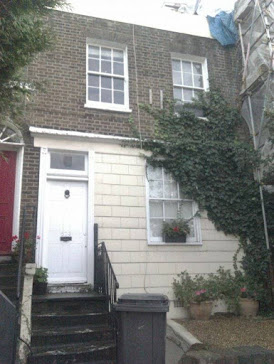 Khadambi Asalache (1935-2019) was a Kenyan poet, novelist, and civil servant who is now best known as the creator of this amazing London house. As you can see, nothing special on the outside. 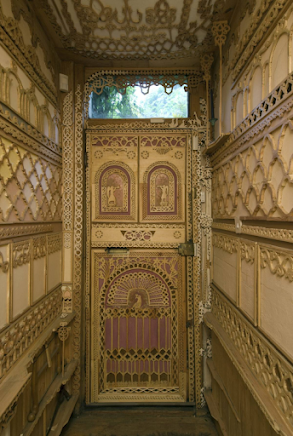 But inside Asalache decorated it from top to bottom with wood carving, painting, cloth, and hand-built furniture; the style mixes African and European elements in wild profusion. 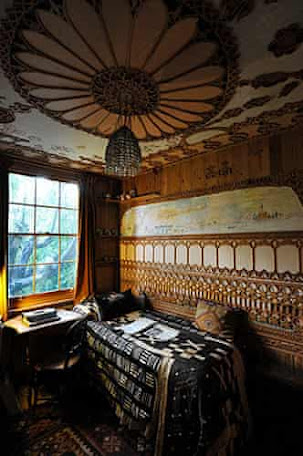 Born in Kenya, the son of a chief, Asalache studied architecture in Nairobi, and art in Rome, Geneva and Vienna. He produced poetry and novels, and - after a spell with BBC Africa - took a job at the Treasury in London. In 1981, he moved into a dilapidated house at 575 Wandsworth Road. Confronted with a damp patch that resisted treatment, he opted to cover it instead, producing the first of his wooden carvings. Twenty years later, he was still at work. 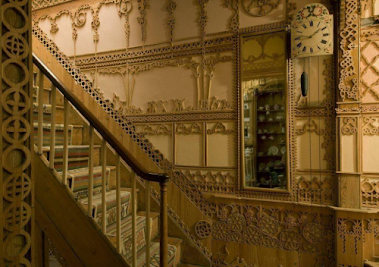 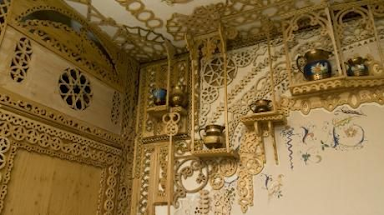 I have to imagine that his bureaucratic job left his artistic side radically unfulfilled, and his life in London left him a little homesick. Hence, all of this. 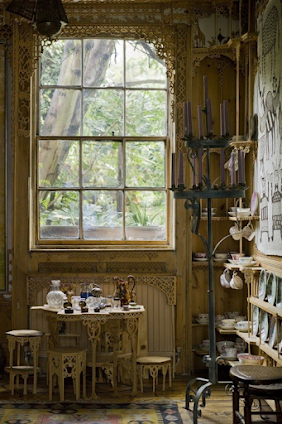 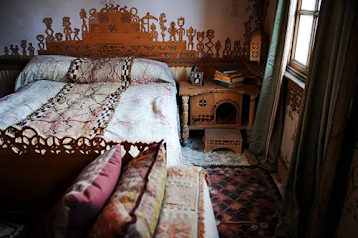 In 2019 the house became a museum operated by the National Trust. Laura Hussey of the Trust told the BBC,

I think the house really stands for the power of human endeavour, and for what can be created with time and dedication and love. 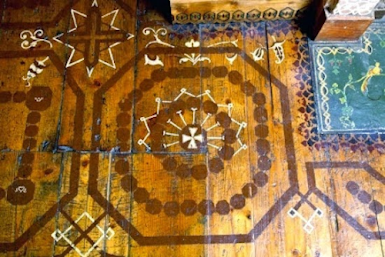 Even the floors are painted. 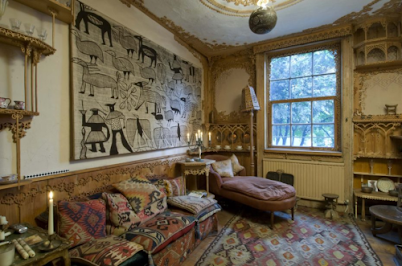 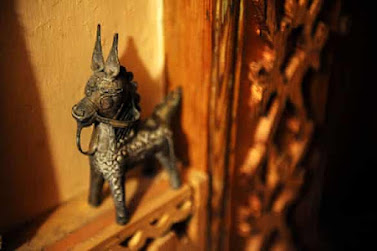