Gjellestad Viking Ship to be Excavated 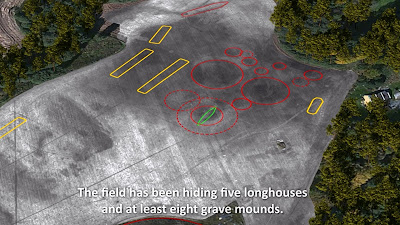 You may remember that back in 2018 Norwegian archaeologists made a high-resolution ground-penetrating radar survey of the field adjacent to the Jell mound southeast of Oslo. They found a wealth of stuff dating to the early Viking age, AD 600-700, including the remains of eight burial mounds long flattened by plowing. 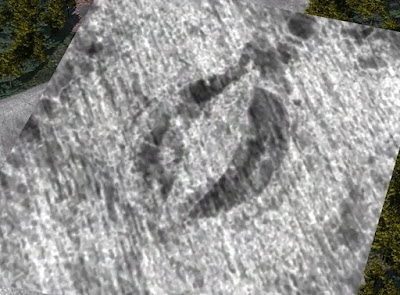 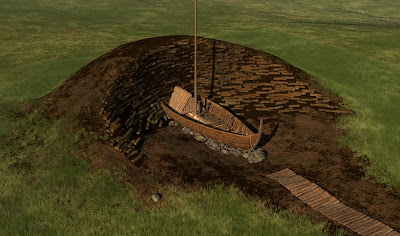 To assess the ship's condition, archaeologists last year did a test pit and recovered a piece of the keel. This showed that the wood is deteriorating rapidly from the assaults of fungus, probably due to the use of modern fertilizers on the field. So the government has requested about $1.5 million to excavate the vessel before it disappears. If the parliament approves, the work will take place this summer.

So that's one thing we have to look forward to. Via The History Blog
Posted by John at 8:34 AM