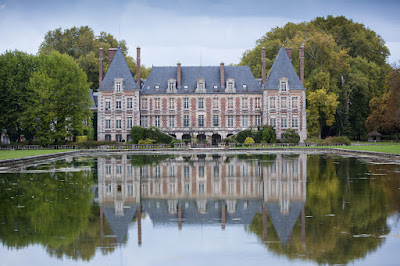 The Château de Courances was built between 1622 and 1630 by Claude Gallard, looking something like it still looks today. 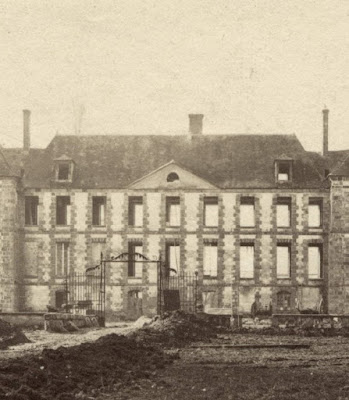 By 1870 it was in a semi-ruined state. It was purchased in 1872 by Baron Samuel de Haber, a wealthy Swiss banker, and "entirely restored." In the manner of the time Haber's architect took an actual Louis XIII chateau and rebuilt in his own idea of a Louis XIII style. 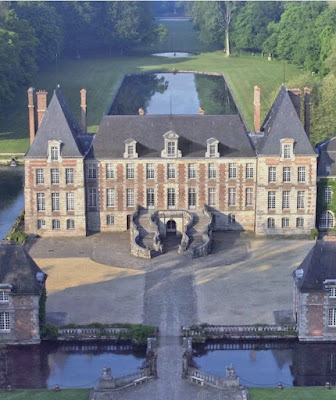 For example he added the red bricks to the facade, because those were thought to be typical of the time. How foolish of the original architect to omit them! But we can correct this error, no? The fancy stairs were also added, copied from the royal chateau at Fontanebleu. 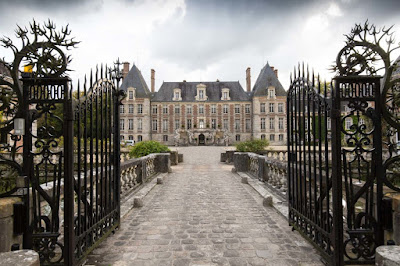 But anyway the result is magnificent, and most of the structural stone is still original.And it is still in private hands, belonging to four generations of the Ganay family, who these days are among France's largest growers of organic vegetables. 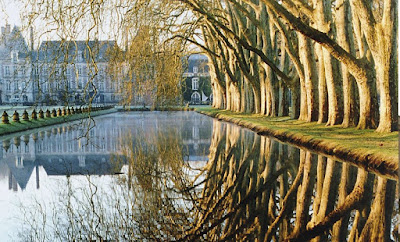 But what drew me to this estate is the gardens, which include both elements of the original, severe, neoclassical park and later, more romantic additions. 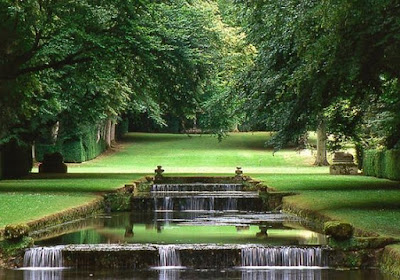 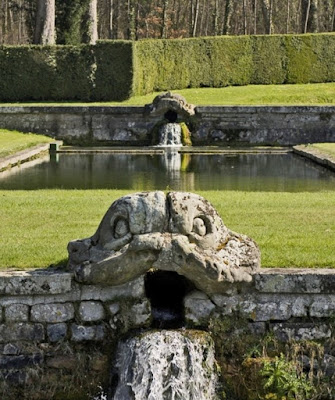 The name evokes flowing water, and indeed the property boasts many wonderful water features: canals, fountains, natural springs. There are no pumps or hydraulic tricks; all of the water flow is determined by gravity. 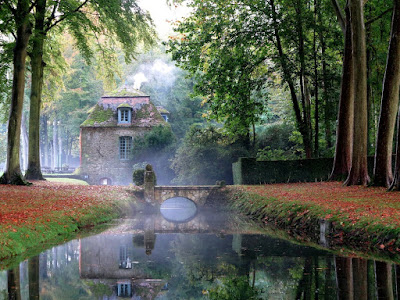 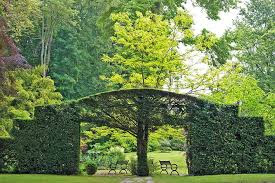 I feel like I could walk happily here for hours. 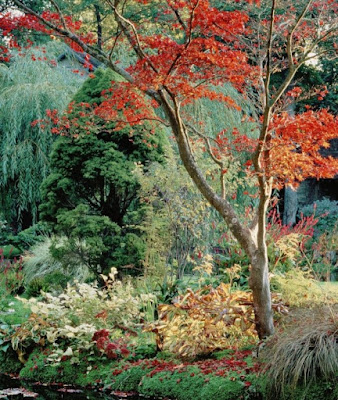 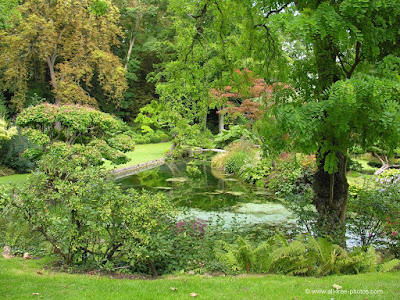 One of the later additions is the "Japanese" garden, built in the 1920s in imitation of the pseudo-Japanese gardens then in vogue in Britain and the US. 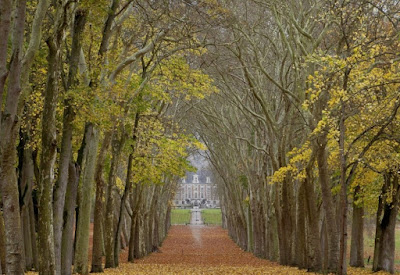 A delightful spot, and just a short drive from Paris, should you be in the neighborhood. The web site is here.
Posted by John at 8:35 AM