Gold and Drugs from a Scythian Mound 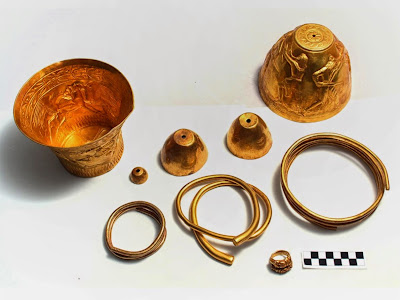 Back in 2013, Russian archaeologist Andrei Belinski began exploring a burial mound that happened to be in the path of a new electric power line. The main burial chamber had been thoroughly looted. But beneath it the archaeologists noticed a suspicious layer of clay, different from the natural soil. They dug through the false floor into an untouched chamber lined with flat stones. There they found this hoard of gold objects, with a total weight of 7 pounds (3.2 kg). The hoard was deposited around 400 BCE. 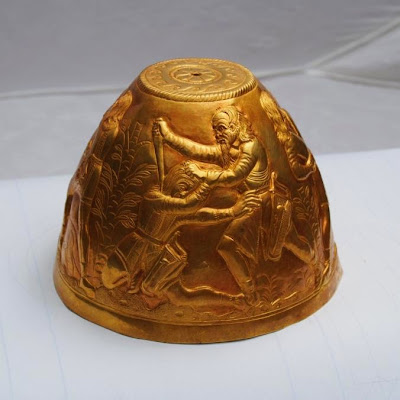 Inside the vessels was a black residue. Belinski scraped some out and sent it to a police drug lab, where it tested positive for cannabis and opium. Scythian religion was essentially shamanistic, and their journeys to the other world were fueled by drugs. 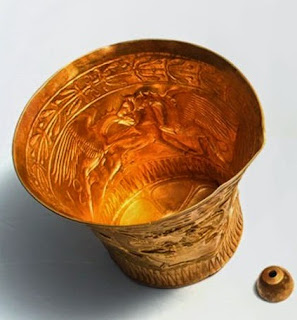 The discovery was kept secret until the excavations were complete, so as not to draw looters. But now that the archaeologists feel certain everything has been removed from the mound, they have let the rest of us in on their amazing find.
Posted by John at 11:29 AM