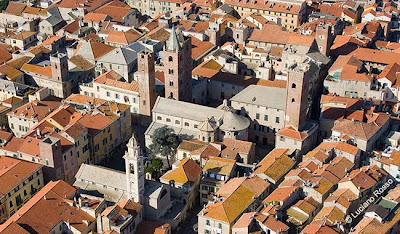 Albenga is a small city on the Italian Riveria, dating back to pre-Roman times. 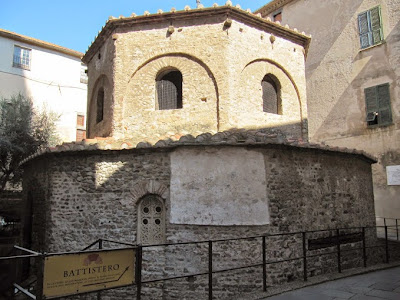 It most famous monument is this Baptistery, built around 400 CE. It survived largely intact until some nineteenth-century enthusiasts got hold of it and "restored" it. 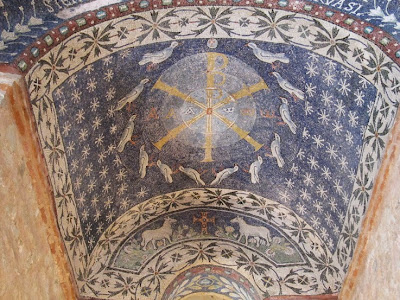 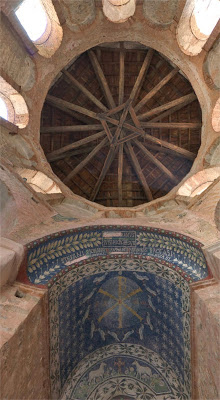 But the mosaics, dating to the sixth century, survived the restoration. 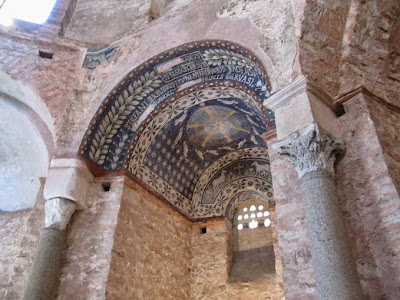 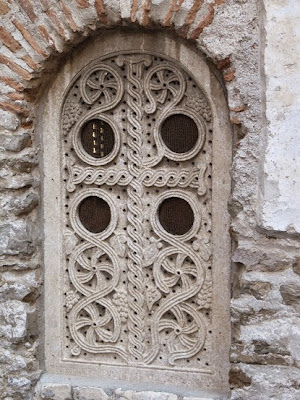 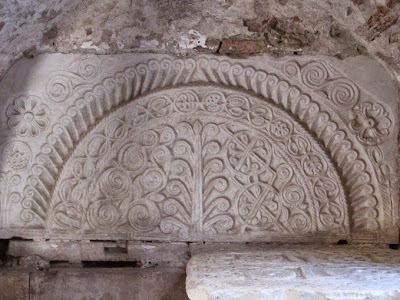 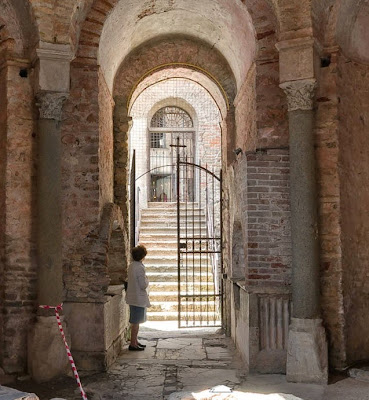 Other details. Juliana Lees has a great set of photos. 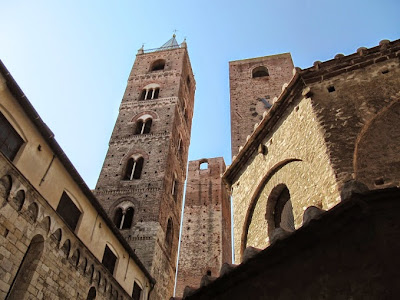 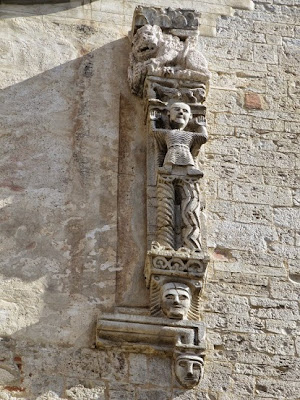 Two images of the adjacent cathedral, which collapsed and had to be rebuilt in the sixteenth century. The bell tower is fourteenth century, and these sculptures survive from the twelfth.
Posted by John at 7:33 AM