Who, or What, is Cuchulainn? 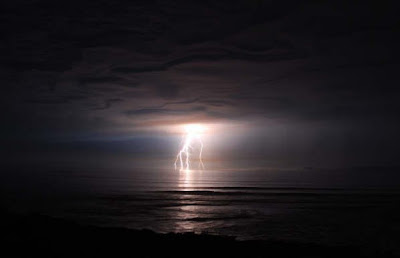 The great hero of the old Irish tales is Cuchulainn. He is the central figure of the epic known as the Cattle Raid of Cooley, or Táin Bó Cúailnge, in which he single-handedly defends the kingdom of Ulster against the armies of the famous Queen Medb of Connacht. (For completely obscure reasons, that is pronounced "Queen Maeve.") Cuchulainn has some characteristics in common with other great heroes. Like Heracles, he showed his hero's strength while still in the cradle; like Achilles, he chooses an early death and undying fame over long life. He is fostered by seven noble teachers who instruct in all the areas of learning suitable for a noble Irishmen: kingship, warfare, law, druidism, poetry, medicine, and household management. He completes his training in weapons with an otherwordly figure known as Scathach, Mistress of Shadows. She gives him a terrible javelin that has to be cut from its victims, known as the Gae Bolga.

Like Heracles, Cuchulainn has a problem with anger, and he ends up killing both his only son and his best friend. In one of the comic episodes, Cuchulainn is storming around Ulster in such a rage that he can only be stopped by a bevy of women who bare their breasts and embarrass him into closing his eyes; then he is dropped into three successive cauldrons of cold water, turning the first two into steam. When he goes into battle he undergoes what the poets called his ríastrad, or "warp spasm":

The first warp-spasm seized Cúchulainn, and made him into a monstrous thing, hideous and shapeless, unheard of. His shanks and his joints, every knuckle and angle and organ from head to foot, shook like a tree in the flood or a reed in the stream. His body made a furious twist inside his skin, so that his feet and shins switched to the rear and his heels and calves switched to the front. . . On his head the temple-sinews stretched to the nape of his neck, each mighty, immense, measureless knob as big as the head of a month-old child. . . he sucked one eye so deep into his head that a wild crane couldn't probe it onto his cheek out of the depths of his skull; the other eye fell out along his cheek. His mouth weirdly distorted: his cheek peeled back from his jaws until the gullet appeared, his lungs and his liver flapped in his mouth and throat, his lower jaw struck the upper a lion-killing blow, and fiery flakes large as a ram's fleece reached his mouth from his throat. His heart boomed loud in his breast like the baying of a watch-dog at its feed or the sound of a lion among bears. Malignant mists and spurts of fire -- the torches of the Badb -- flickered red in the vaporous clouds that rose boiling above his head, so fierce was his fury. The hair of his head twisted like the tangle of a red thornbush stuck in a gap; if a royal apple tree with all its kingly fruit were shaken above him, scarce an apple would reach the ground but each would be spiked on a bristle of his hair as it stood up on his scalp with rage. The hero light rose out of his brow, long and broad as a warrior's whetstone, long as a snout, and he went mad rattling his shields. . . Then, tall and thick, steady and strong, high as the mast of a noble ship, rose up from the dead centre of his skull a straight spout of black blood darkly and magically smoking.

And what, you may ask, is that all about? It's hard to know, but it says to me that Cuchulainn is not exactly human. This description owes something to the over-the-top flamboyance of the Irish storytellers, but it still hardly the sort of thing a human hero would undergo. One theory, the one I like, is that Cuchulainn was in his origin a thunder god. Gae bolga, the name of his weapon, seems to mean "thunderbolt." One of his attacks is known as his "thunder feat," and he uses it to kill thousands of enemies at once. Cuchulainn's divine ancestry, coupled with the Irish habit of giving their gods bizarre powers like the Evil Eye of Balor, make more sense of both his invincible, army-slaying prowess and his ríastrad.
Posted by John at 7:54 PM

"It's hard to know, but it says to me that Cuchulainn is not exactly human".

No, he definitely wasn't. He was a Digimon, and what's described here is digivolution. ;-)

In Data Squad, especially, there is frequent mention of "warp digivolution". Looks like this is where that idea came from.