House of the Muses, Zeugma 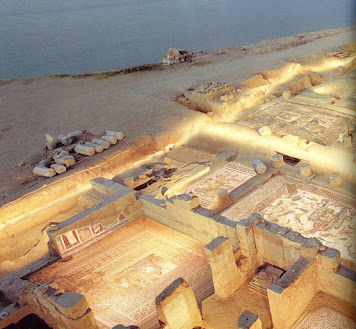 Zeugma is, or was, a Turkish town on the Euphrates River, founded by the Hellenistic ruler Seleucus Nikator in 300 BC. In 64 BC it passed under the rule of Rome, part of a client kingdom. In AD 70 a legionary fortress was built there, making it a key defensive position on Rome's eastern frontier. In 252 it was sacked by a Persian army and pretty much disappeared for centuries. It came back in the Middle Ages, but only in a modest way. Then in 2000 much of the town was flooded by the rising water of a new dam along the Euphrates. 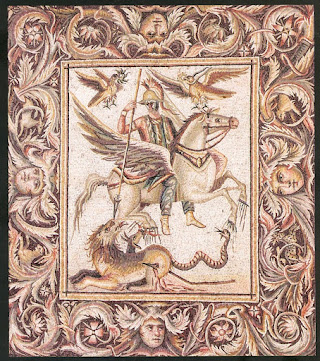 While the water was rising, archaeologists conducted desperate salvage excavations. They dug into 13 large houses, uncovering many wonderful mosaics. They had little time to do more than photograph everything and then cut out the best mosaics for display in some future, as yet unplanned museum. (Which now exists!) 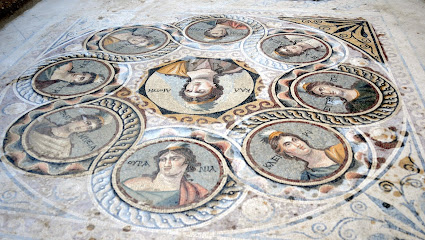 But when the lake finished rising, only about a third of the ancient city was under water. Archaeological work has continued at the site, of course at a much slower pace. One of the sites that was not drowned was a villa known, after this mosaic, as the House of the Muses. 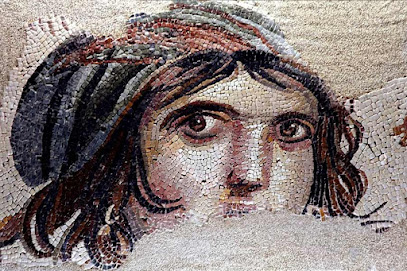 This house produced one of the most famous images from Zeugma, which used to be known as the Gypsy Girl; not sure what people call it now. 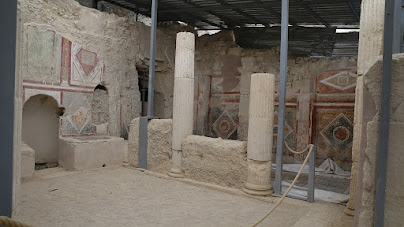 The House of the Muses is back in the news because the Turkish authorities plan to open it to the public, so there will be something for people who make their way to Zeugma to see. 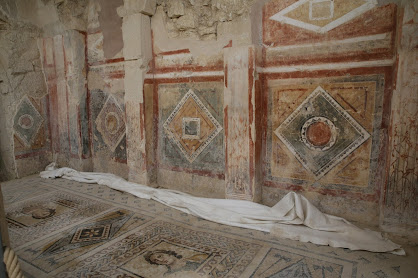 Seems like a very cool place, with wall frescoes as well as mosaic floors. 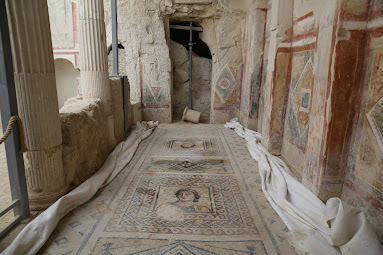 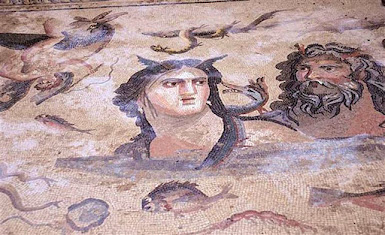 Extraordinary.
Posted by John at 7:07 PM