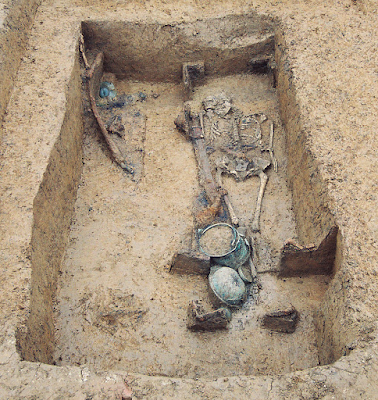 Back in 2002, French archaeologists excavating around a late Roman villa at St. Dizier on the Marne uncovered three elite Frankish graves. St. Dizier is due east of Paris, about half way to Strasbourg, and in the early sixth century it would have been near the boundary between the Frankish realm and the Burgundian Kingdom. This was an academic project led by professors from Caen, and in the usual way of such efforts they have just now gotten around to publishing their results. 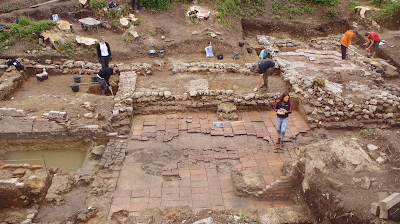 One fascinating detail concerns the Roman villa. At first the archaeologists thought it was in ruins by 400 CE, but they later discovered that the site was occupied more or less continuously into the 12th century. I love the image of Frankish nobles living in a half-ruined Roman villa built 300 years before. In fact, according to the story at INRAP I am drawing on, the reoccupation of half-ruined Roman villas by Merovingian lords was un fait bien connu et récurrent. 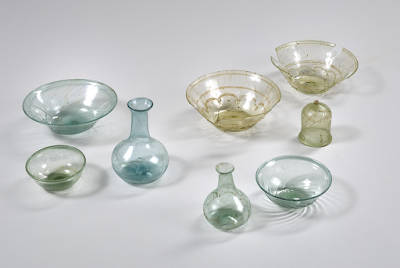 On the other hand the graves contained plenty of high quality glassware, so that Roman tradition continued in this era. Which is my general impression of sixth-century France: economically still fairly strong but gradually decaying as the new elite of Frankish warriors fought constantly against each other rather than shoring up the state and maintaining order. 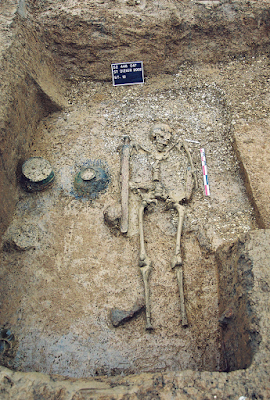 The other two graves. 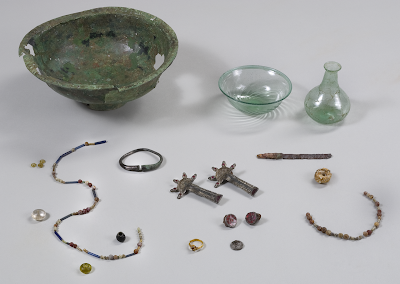 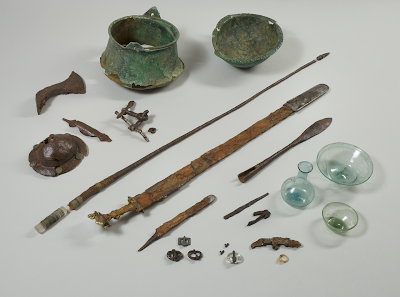 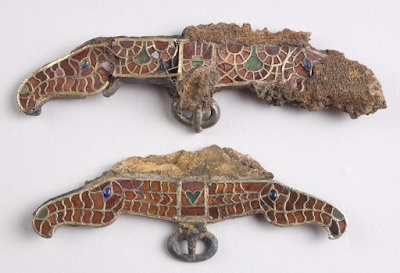 Close up of the most spectacular item, the clasp from a purse; you will recall from Sutton Hoo that these sixth-century nobles like lavish purses. When is Hollywood going to catch up to that?
Posted by John at 10:18 AM