Today's Place to Daydream about: Yogyakarta 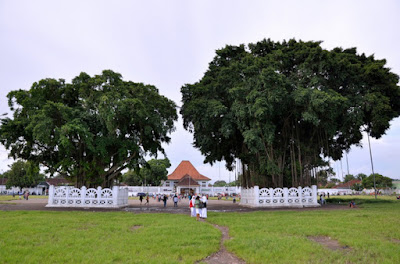 Today I cast my mind to unfamiliar territories on the other side of the world, to Yogyakarta, a city on the Indonesian island of Java. It has long been the capital of a Hindu sultanate and the name comes from Ayodhya, the sacred Indian city said to be the birthplace of Rama. 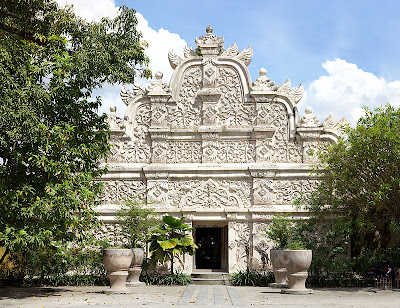 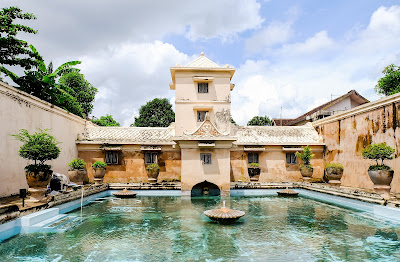 The sultans survived from the 1500s to the present day because they have cleverly caught multiple waves of history. In the 1750s civil war broke out between two brothers of the ruling family, one of whom chose to ally himself with the Dutch colonists. After the Dutch helped him win, the new sultan recognized Dutch suzerainty and thus kept his throne down to World War II. (Above, the Taman Sari or water palace.) 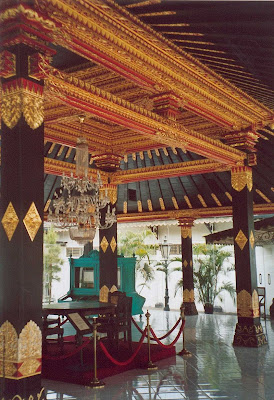 After World War II the Indonesians revolted against the Dutch and the then sultan of Yogyakarta played a leading role in the revolution. Yogyakarta was the capital of the revolutionary republic in 1946 to 1948, after the Dutch captured Jakarta, and after the rebels were victorious the sultan secured a special status for his city, which is nominally still ruled by the family. (Sultan's audience hall) 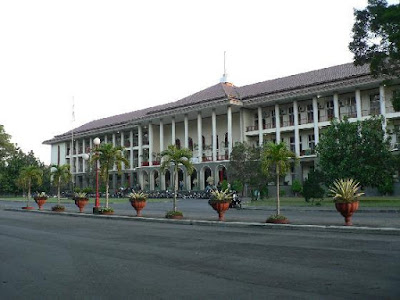 The city reaped another benefit from its time as the capital: Gadjah Mada University, Indonesia's largest with 55,000 students. Not waiting for the war to be won Indonesia's leaders went ahead and set up the college in 1948 on the site of a medical school founded by the Dutch, and it was up and running by 1950. 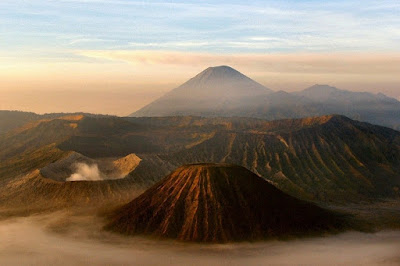 The great volcano of Mount Merapi looms over the whole district. 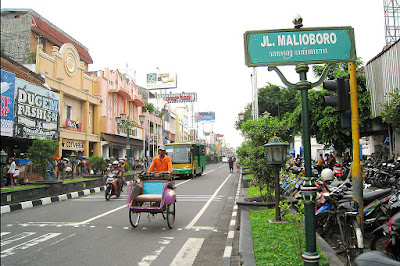 The commercial heart of Yogyakarta is Malioboro Street, a shopping district with many Dutch colonial buildings. I imagine it was named by the Dutch for the first Duke of Marlborough, the British general who led combined Anglo-Dutch armies to victory against Louis XIV. These days it is notable as one of the best places to buy traditional Indonesian crafts like batik prints. 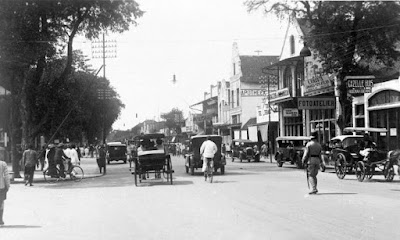 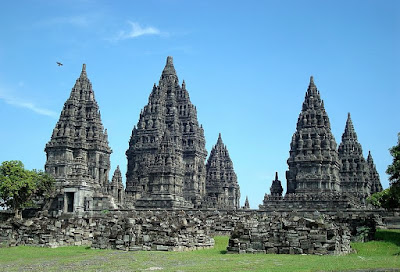 On the outskirts of Yogyakarga is Prambanan, a famous Hindu temple complex dating to the ninth century. 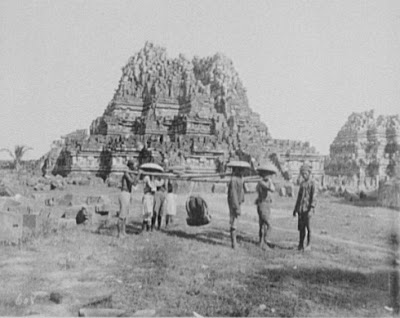 The temples were "discovered" by the British after they took over Dutch Indonesia during the Napoleonic wars; British governor Sir Thomas Raffles, a famous character in British colonial lore (founder of Singapore, winner of several small wars, author of A History of Java), sent surveyors to document the site. You can see that the temples were in a ruinous state in the nineteenth century. 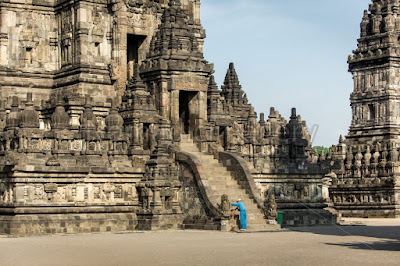 Rebuilding of the temples was begun under Dutch rule in 1918 but little progress was made until the 1930s, and then World War II brought everything to a halt. Reconstruction was completed after independence and the temples were opened by President Sukarno in 1953. 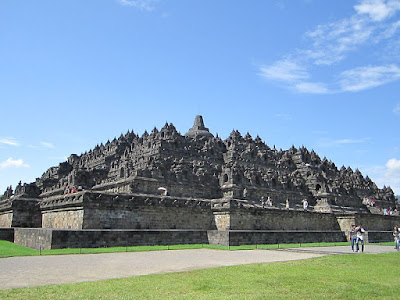 Twenty miles further from Yogyakarta is the Buddhist temple of Borobudur, the largest in Indonesia. It was built a few years before Prambanan by a Buddhist king; his successors converted to Hinduism and built Prambanan to announce the change. 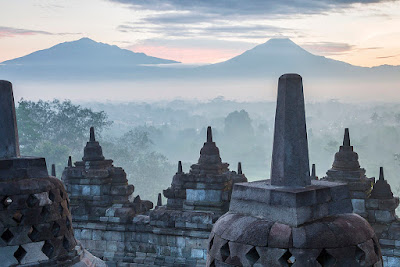 A common tourist trip is to leave Yogyakarta in the very early morning to see the sunrise at Borobudur, then visit Prambanan in the afternoon. 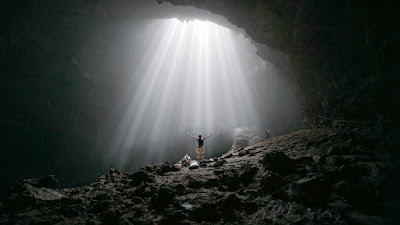 If you're in the mood for something more physical you can hike around Mount Merapi or be lowered into Jomblang Cave and take your picture with Heaven's Light. 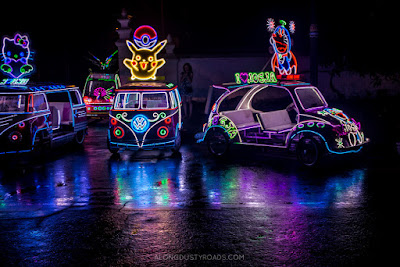 Seems like a fascinating place to explore.
Posted by John at 8:40 AM