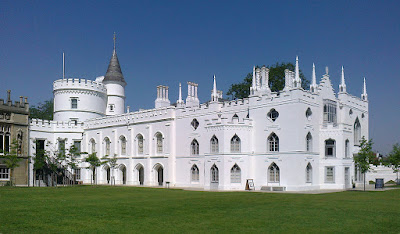 Strawberry Hill House near London  was built by Horace Walpole starting in 1747, one of the first works of Neogothic architecture. Walpole was the third son of Robert Walpole, who is generally considered Britain's first Prime Minister. The father arranged a couple of cozy sinecures for his son that allowed him to spend his life on artistic pursuits. 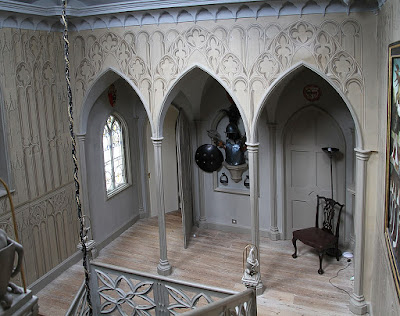 Most notably Horace wrote The Castle of Otranto, the first Gothic novel. 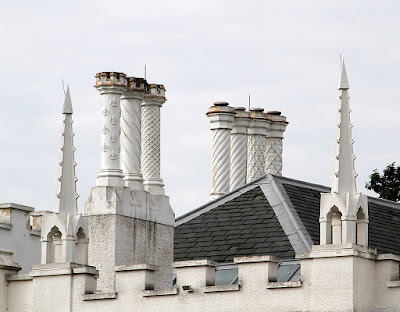 He designed this summer house with the help of two friends, John Chute and Richard Bentley; collectively they called themselves the Committee of Taste. The Committee clearly looked into every detail of the structure, including these chimneys. 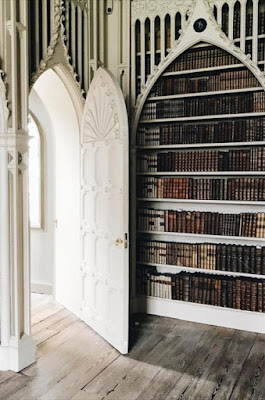 I love the interiors because they are so restrained; this is domestic Gothic, appropriate for a house rather than a cathedral. 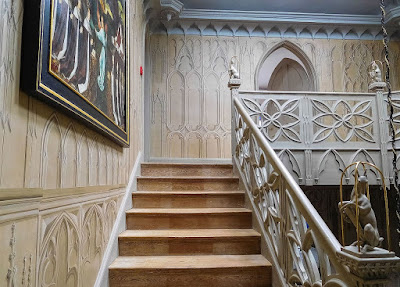 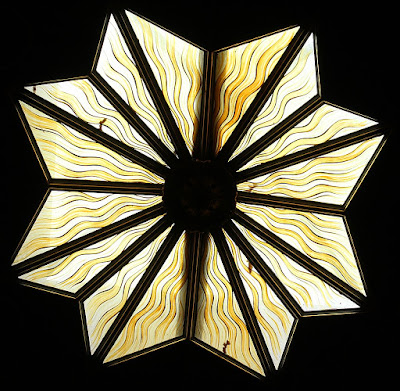 My elder daughter and I are thinking of organizing our own Committee of Taste, but sadly I think little produced in our own time would meet our standards. Since no relative thought to arrange any cozy sinecures for us, we lack the resources to build our own mansions that would. But at least we can enjoy Walpole's creation. 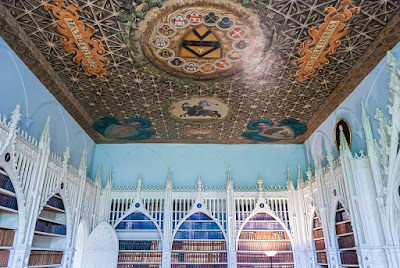 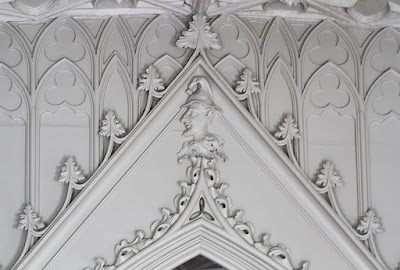