Statue of the Lector Priest Kaaper 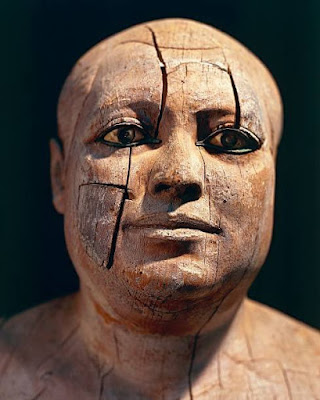 Old Kingdom, 5th Dynasty, ca. 2494-2345 BC. This statue is made from sycamore wood, eyes made from rock crystal rimmed with copper. 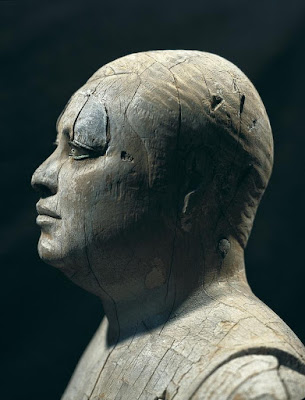 The statue was recovered from Kaaper's tomb, a Mastaba in in North Saqqara. 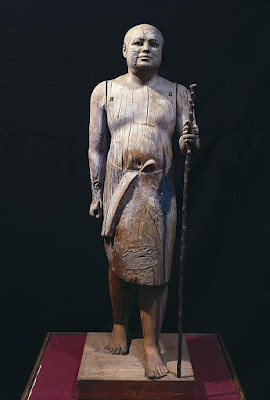 It was excavated by French archaeologist Auguste Mariette around 1860. According to his account, an unpopular mayor in the village had died, and when the local workmen looked into the eyes of this statue they believed that he had returned. Thus, Mariette dubbed it the Sheikh el-Balad, The Headman of the Village.
Posted by John at 12:24 PM