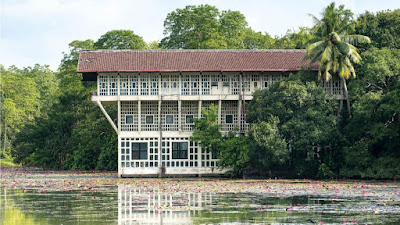 I've read in several places that modernism looks better in the tropics than under Europe's so-often-gray skies, so I suppose it is a widespread sentiment. So let's look at one of the most famous exponents of Tropical Modernism, Sri Lankan architect Geoffrey Bawa (1919-2003). 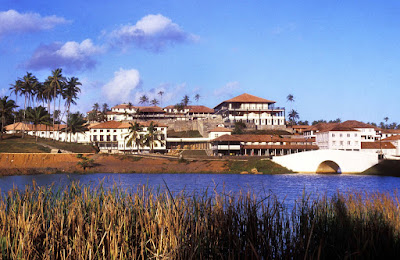 Bawa was Eurasian, English and Indian Muslim on one side, German, Scottish, and Sinhalese on the other. His father was a successful lawyer under the British colonial regime, and he sent his son to Cambridge and then to the Middle Temple to study law. Bawa was admitted to the English bar in 1944, which makes me wonder; why were British law schools still graduating students in 1944? Were barristers needed for the war effort? Anyway Bawa practiced law in England and then after the war traveled on the continent and thought about settling in Italy before returning to Colombo in 1948. 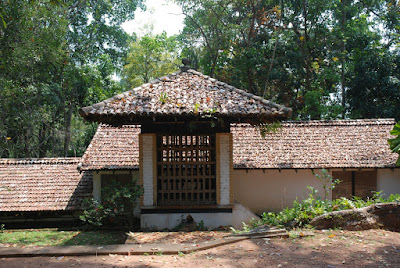 In Sri Lanka Bawa practiced law for a while and bought an abandoned rubber estate that he named Lunuganga or Salt River. He lived there part time for the rest of his life, always tinkering with the buildings and the gardens. This gate house is his design. 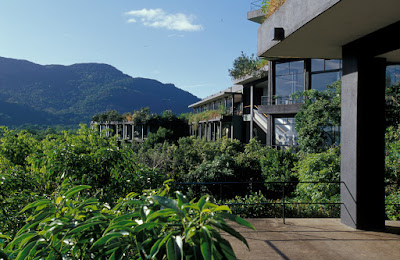 By 1950 Bawa had grown dissatisfied with the law and decided he wanted to be an architect instead. So he apprenticed himself to one of Sri Lanka's leading architects, H. H. Reid. Reid promptly died, and Bawa went back to Britain in search of training. After spending a year at Cambridge, he enrolled as a student at the Architectural Association in London, graduating in 1956. In 1957, at the age of 38 he returned to Sri Lanka and took over what was left of Reid's practice. He was joined in the practice by Danish architect Ulrik Plesner, and the two designed many buildings together. This hotel shows one trick Bawa employed several times in his career, designing a fairly simple modernist structure and then allowing Sri Lanka's luxurious vegetation to cover the whole thing in greenery. 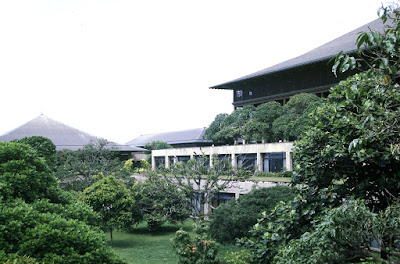 What strikes me is the fusion of modernism with what I think of as British or Dutch colonial architecture with modernism and a Buddhist aesthetic. Here are two views of Sri Lanka's parliament building. 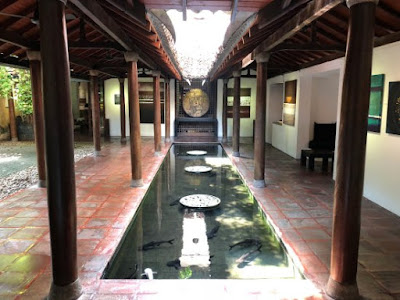 Entrance to a cafe in Colombo. 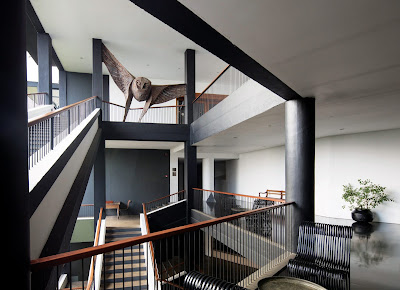 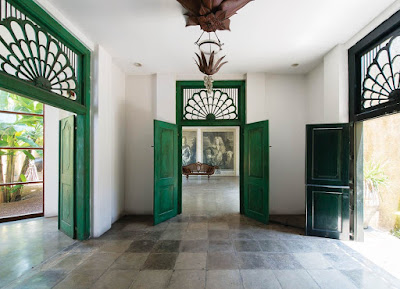 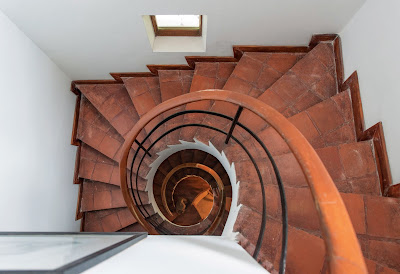 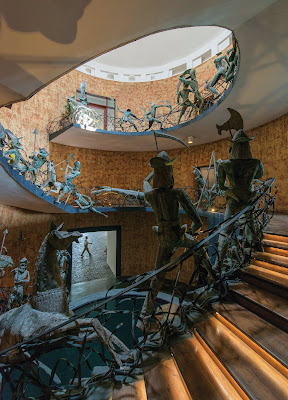 Bawa had a thing for staircases; in fact I discovered him from a feature on ten of his best staircases at Dezeen. 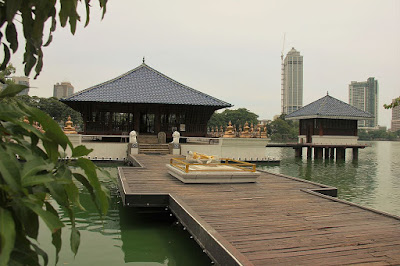 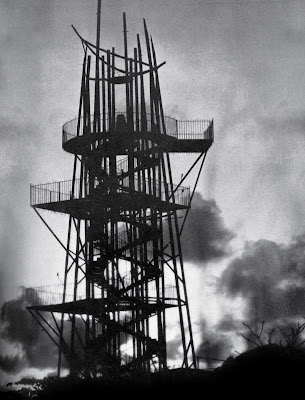 An observation tower. Below, views of the estate at Lunuganga. 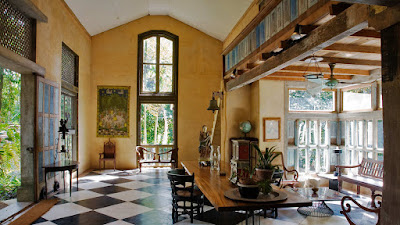 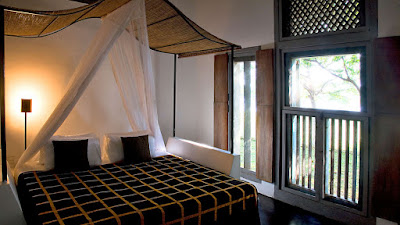 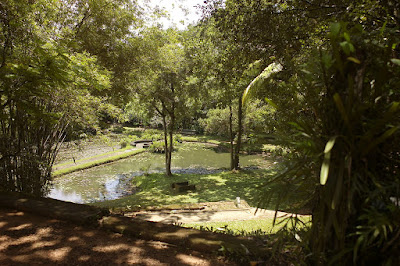 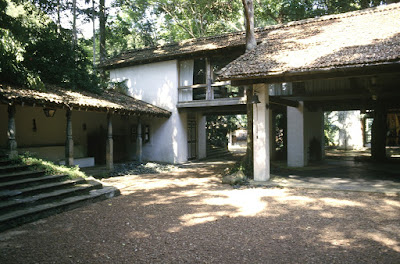