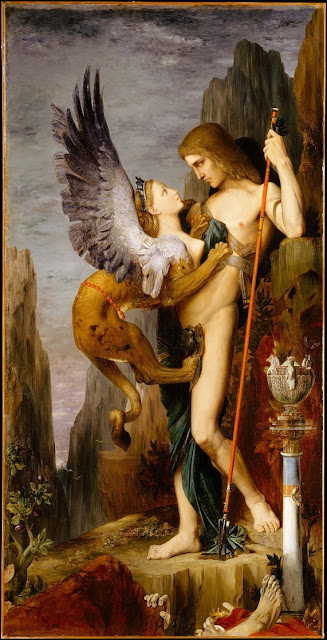 Gustave Moreau (1826-1898) was a French painter who had a conventional career – middle class family, École des Beaux-Arts, two years in Italy, paintings in the Salons, eventually a professorship – but left an unconventional body of work. (Oedipus and the Sphinx, 1864) 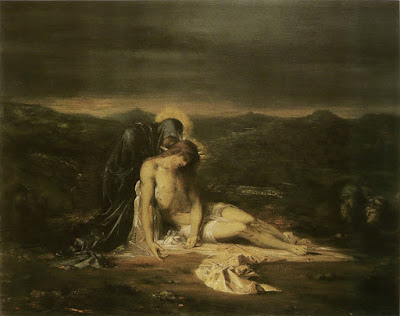 Moreau was intensely religious, although he subscribed to no particular orthodoxy, and he saw his art as an exploration of spirit. (Pieta) 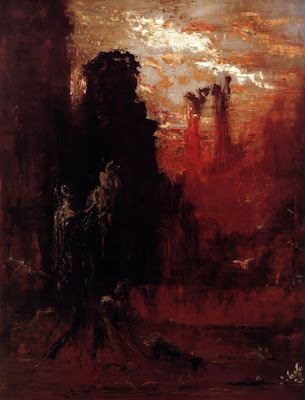 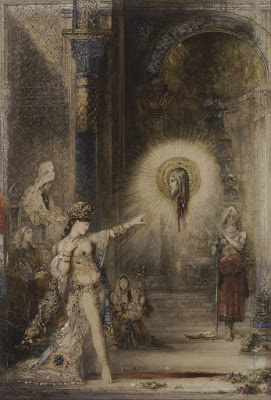 This may be his most famous work these days, The Apparition. 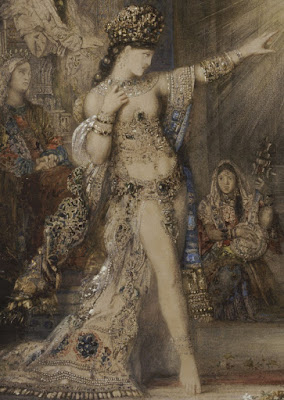 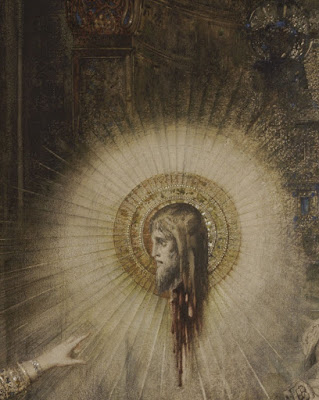 It depicts Salome and Herod; Herod has just offered to give Salome whatever she asks, and she is imagining the head of John the Baptist. 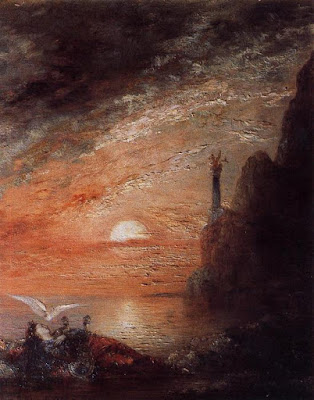 
Moreau wanted to create a body of work where, in his own words, the soul could find all the aspirations of dreams, tenderness, love, enthusiasm and religious ascent towards the higher spheres, where everything in it is elevated, inspiring, moral and beneficent; where all is imaginative and impulsive soaring off into sacred, unknown, mysterious lands. Moreau’s painting is meant to inspire dreams rather than thought. It seeks to transport the viewer into another world.

The Death of Sappho. 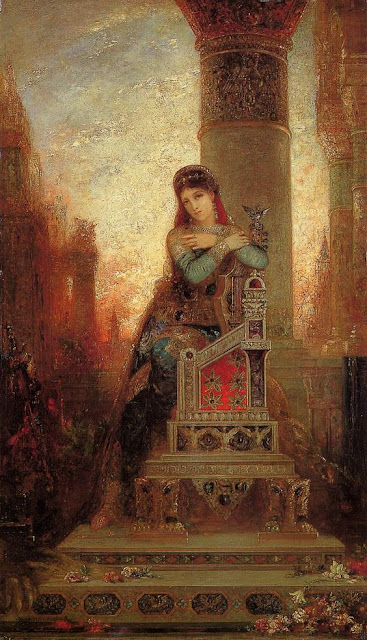 Desdemona, 1875. Moreau is sometimes said to have been the first Symbolist painter, but actually the Symbolists were one of those groups with a manifesto and a closed membership, and Moreau was not one of them. But he was responding to the same currents of thought: revulsion at industrial society and a longing for a spiritual rapture that would carry us away from the sordid world. 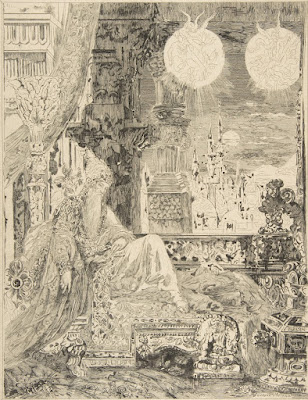 The Dream of a Man of Mongolia, an illustration to one of La Fontaine's Fables. Moreau completed more than 8,000 paintings and drawings, of which I have seen about 50. This makes me wonder what is hiding in that immense body of unseen work. 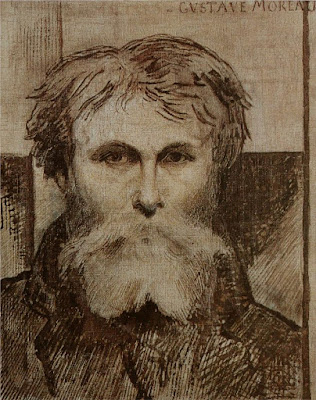 Self portrait.
Posted by John at 8:39 PM