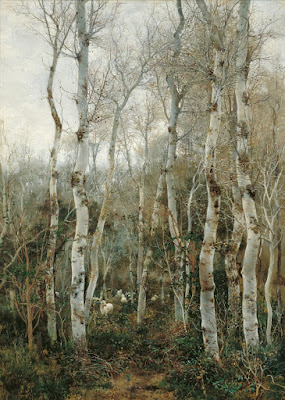 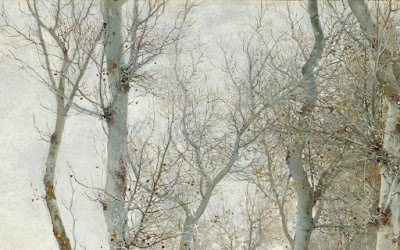 Emilio Sánchez Perrier (1855 – 1907) was a Spanish landscape painter, born in Seville. His father was a clockmaker and his family just barely in the middle class. But his talent for drawing was such that he was singled out from a young age and attended the best art schools Spain had to offer. Above is the wonderful painting through which I discovered Sánchez Perrier, Andalusia in Winter, 1880. 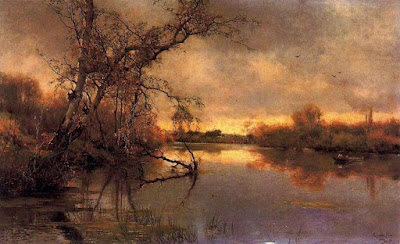 Sánchez Perrier began his professional career in the Seville in the 1870s. After winning a gold medal in the Madrid salon in 1879 he moved to Paris to broaden his horizons, remaining there for a decade. Evening in Seville, 1870s. 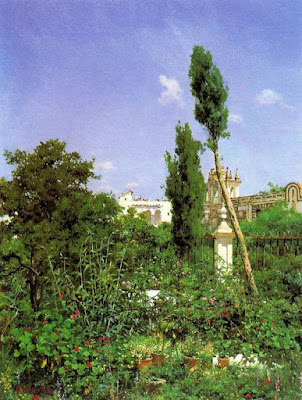 A painting Sánchez Perrier first exhibited in Paris, Garden of the Alcazar, Seville. 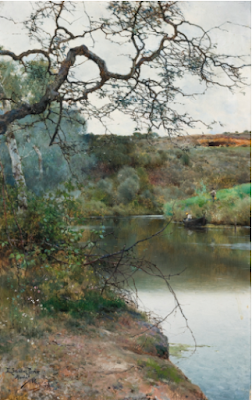 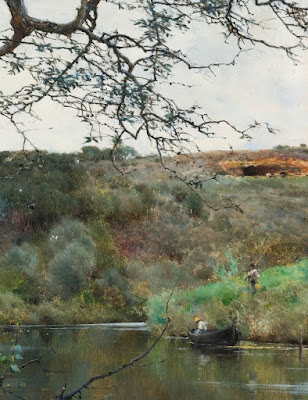 Sánchez Perrier had a thing for scenes like this of boats on lazy rivers; this one is from 1886, so painted in France. 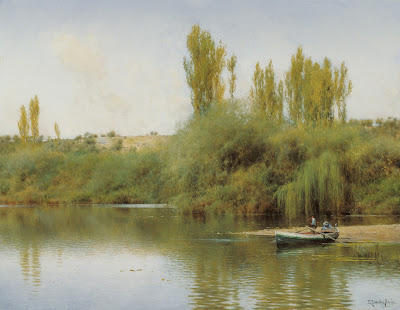 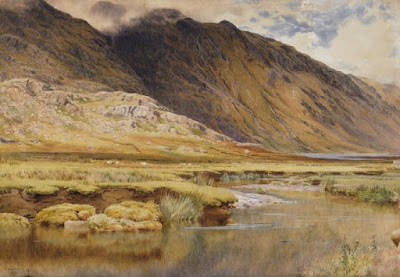 Sánchez Perrier traveled extensively in Europe and did many paintings of Italy. This one is of Scotland. 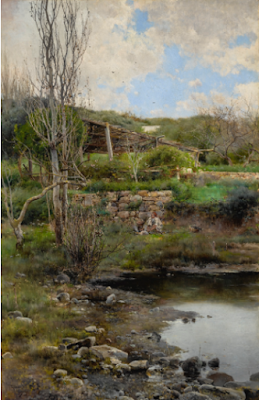 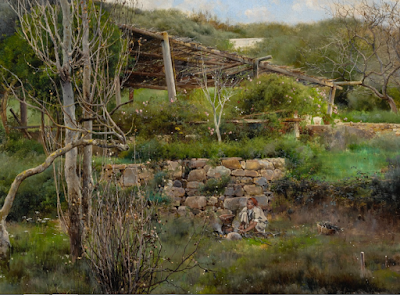 He also spent time in North Africa, doing paintings that wikipedia and other online sources describe as "orientalist," but I think they don't realize what "orientalist" means. An ordinary Moroccan landscape like this, in no way exotified, is not orientalism. Just a Moroccan landscape. If he did any Seraglio scenes I haven't been able to find them. 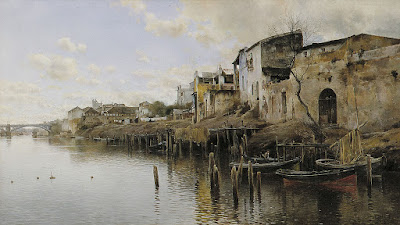 After returning to Spain in 1889 Sánchez Perrier founded an artists' colony in in Alcalá de Guadaíra, a forested region near Seville. Trina, 1889. 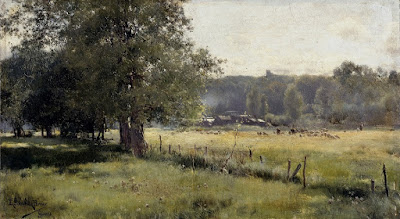 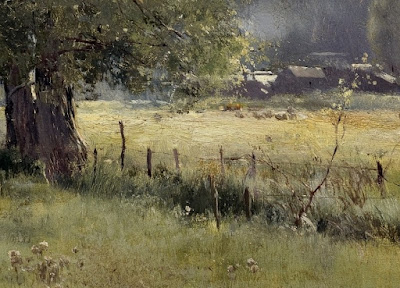 Landscape near Guisors, 1895. It is these late paintings that I like the best, so it is rather sad that Sánchez Perrier died at 52.
Posted by John at 8:40 PM