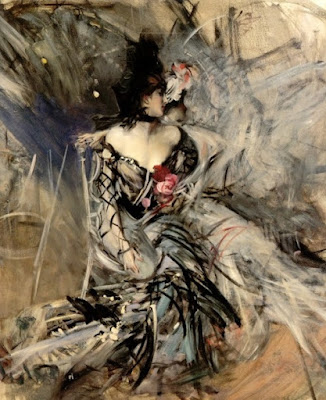 Giovanni Boldini (1842 – 1931) was an Italian painter who lived and worked in Paris for most of his career. His father was a painter of religious scenes, but the younger Boldini went in a very different direction. L'Espagnole du Moulin Rouge, 1905. 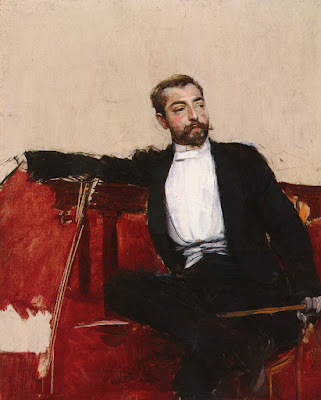 He became close friends with Edgar Degas and palled around with other members of the Paris art scene; this is one of his two portraits of John Singer Sargent, 1890. 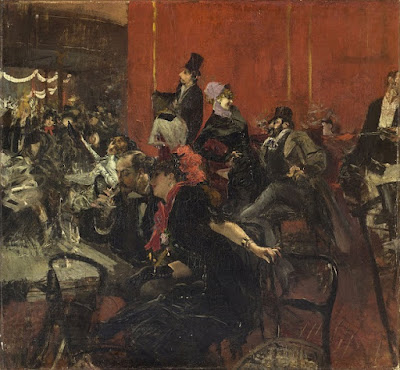 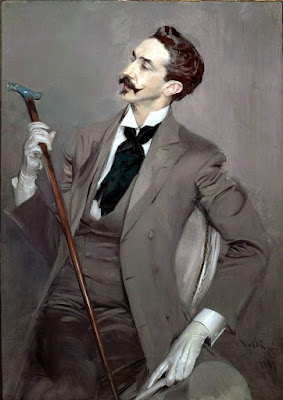 He painted in a variety of styles, from something like realism (Le Comte Robert de Montesquiou, 1897 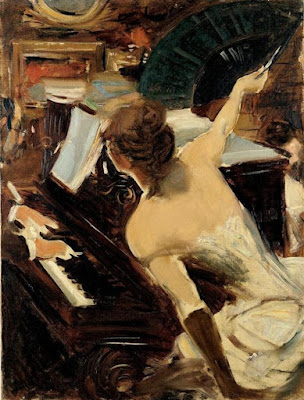 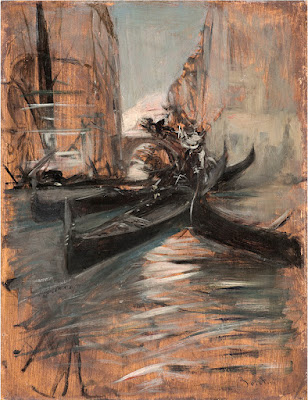 To his own medley of aggressive, sketchy brush strokes (Canal in Venice with Gondolas, c. 1905). 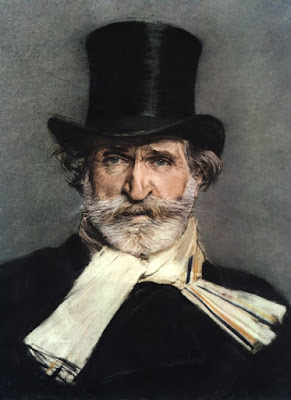 And he knew everyone; this is Giuseppe Verdi 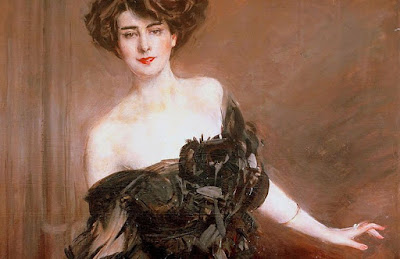 According to a 1933 article in Time magazine, Boldini reveled in the title, the "Master of Swish." 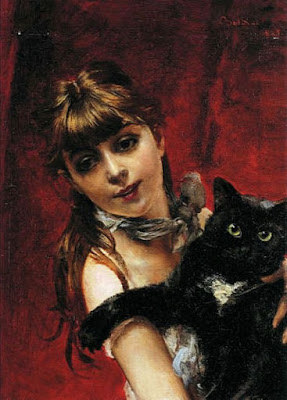 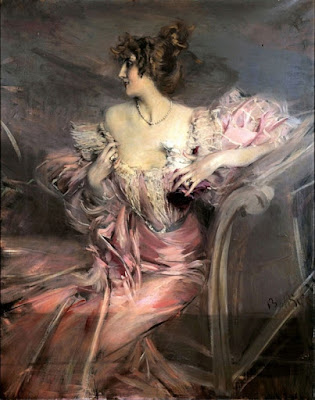 And then there is this painting. Since Boldini ran with the elite artistic set, he of course had his share of affairs or rumored affairs, including rumors of a liaison with socialite Marthe de Florian. Florian resided in a splendid right bank apartment that was later occupied by her granddaughter, known as Madame de Florian. Madame fled Paris during World War II at the age of 23, and although she never went back she continued to pay rent on her grandmother's flat until her death at 91. Rhiannon Wastell:


From 1942 then, until a wintery December afternoon in 2010 – when it was entered by auctioneer Olivier Choppin-Janvry – the decadent apartment remained frozen in time, a time capsule recording the precise moment of de Florian's sudden flight.

Amid the luxurious if dusty furnishings, the wizened taxidermy and mountains of ephemera ranging from dressing tables to Disney toys, Choppin-Janvry came across a mesmerising Boldini portrait of a beautiful woman wearing a pink muslin dress, accompanied by a stack of ribbon bound love letters, including some from Boldini himself, addressed to Marthe de Florian. It became clear she was both his lover and the beauty in the painting. A reference found in Boldini’s wife's records has confirmed the identity of the portrait's subject, dating it to 1898, when de Florian was just 24 years old.

That, I would say, was one lucky auctioneer. And one seriously swishy painting. 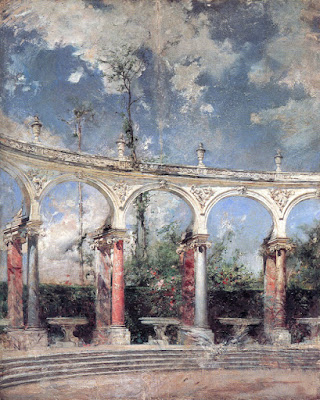 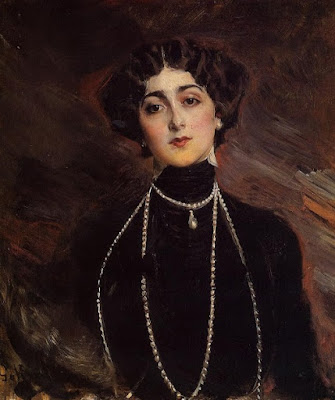 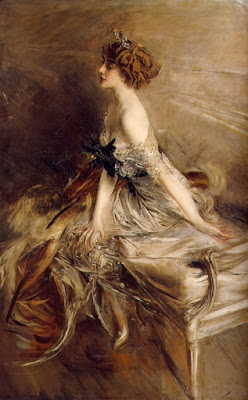 i like the style. the sketchy brushy backgrounds draw my focus to the subjects quite easily.