The House with Chimaeras 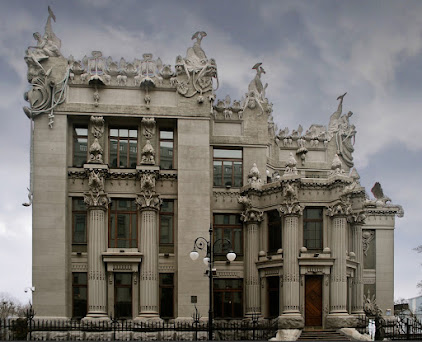 Reading a stunningly nerdy article about the President of Ukraine's phones, I discovered that he has three official residences, all in Kyiv. One of them is this house, known as The House with Chimaeras. 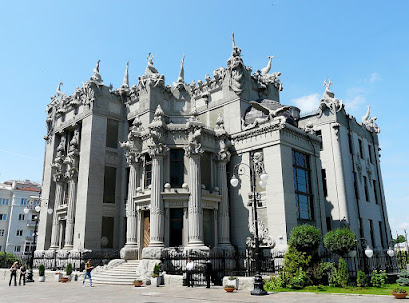 This very strange structure was built in 1901-1903 by an architect known in his native Poland as Władysław Horodecki but in Ukraine as Vladislav Gorodetsky. A bit thick of me I know but it took me fifteen minutes to figure out they were the same person. Anyway Horodecki/Gorodetsky was a passionate hunter whose great dream was to go on safari in Africa. This is an apartment building with five separate residences, and the plan was to make the thing cost-free by living in one residence and renting out the other four. 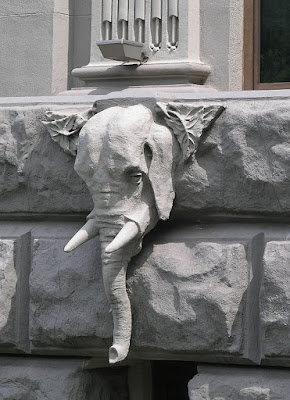 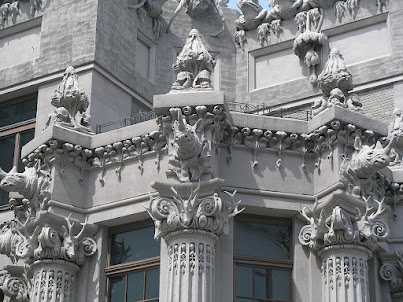 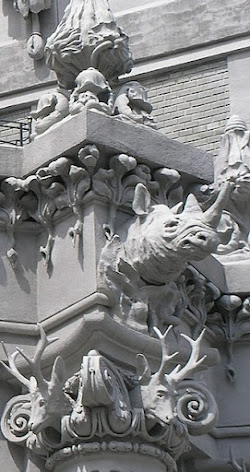 Gorodetsky never made it to Africa, but he did cover his house with exotic animals. 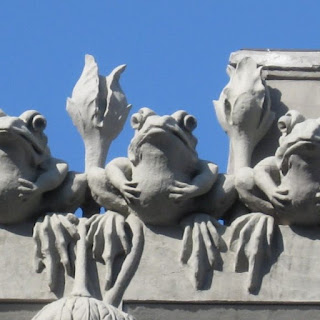 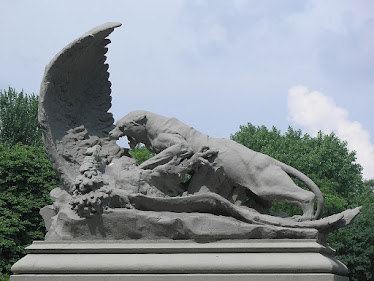 According to not-very-authoritative-seeming internet sources, Gorodetsky's excessive interest in hunting was one reason his business failed, but anyway he had to sell his house in 1913. It passed through a couple of other owners before the Bolsheviks seized it and made it into a state office building. 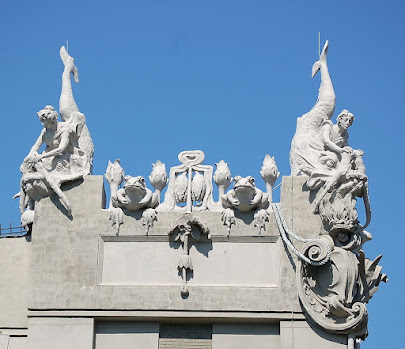 The most striking feature of the design is the nymphs riding Renaissance sea monsters, which give the roof its spiky profile. 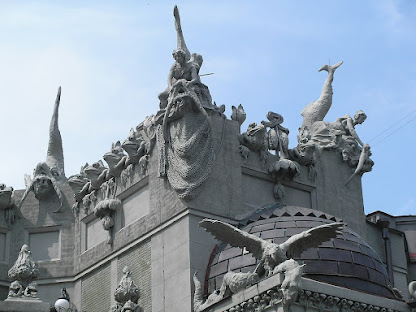 The thing is completely crazy, but I would say the world is richer for it. 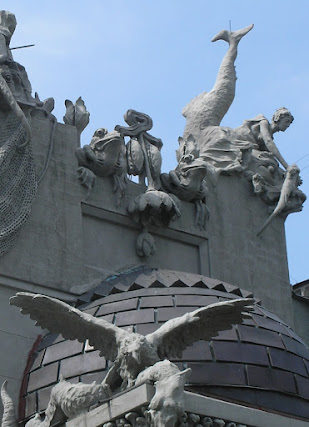