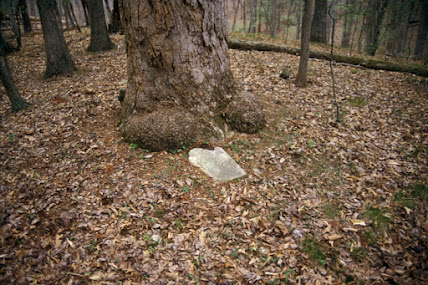 Free range children: pushed by parents worried they could get arrested for letting their kids wander free, as has happened in a handful of widely publicized cases, Utah, Oklahoma, Texas, and Nevada have all passed "Reasonable Childhood Independence" bills that shield parents from such accusations.

Ingenuity: 3-minute video of its 4th flight, with footage from the rover and the helicopter.

That video of the Mars helicopter calls attention to dust swirling on the surface, I suppose to rebut claims that it's all fake. But if you can fake a helicopter, why can't you also fake dust? Do you doubt the far-reaching sinister capabilities of the Deep State/Illuminati/Democrat Conspiracy? If they can digitally manufacture 50,000 votes in Georgia, surely they could digitally manufacture a little dust cloud!

Mitt Romney to an audience of Utah Republican who booed him for criticizing Trump's character: "Aren't you embarrassed?" (Washington Post)

I find it amusing that some of the rowdies in the crowd at the Utah Republican convention shouted "Communist!" at Romney. You keep using that word. I do not think it means what you think it means.

Testing Magnus Carlsen to see if he can recognize situations from past chess games (he can).

The price of lumber is soaring in North America, from around $300/board foot a few years ago to more than $1,000 now. Credit home building and the pandemic-related renovation craze, plus the expectation of suppliers that demand would be down, not up. We are seeing all sorts of stories about rising prices, and the common thread is that many suppliers did not anticipate that demand would come roaring back this spring. Makes me wonder once again about American businessmen.

William Galston on resentment: "Resentment is one of the most powerful forces in human life. Unleashing it is like splitting the atom; it creates enormous energy."

According to one study of Ohio, sending a family member to prison has on average positive effects on the rest of the family. Just one study, but it's interesting to speculate why: removal of a big troublemaker? Reduction in family conflict?

The fate of the 93,000 Koreans who moved from Japan to North Korea between 1959 and 1984. The Japanese government promoted this, even screening North Korean propaganda films in elementary schools with many Korean students.

Arizona's bizarre "audit" of the ballots from Maricopa County. And the added mystery of checking for bamboo fibers that might prove thousands of ballots were flown in from China.

In the mind of Philip Hoare, Albrecht Dürer's trip to see a beached whale echoes through history. (Washington Post)

Student's writing  board from Egypt, c. 2000 BC, with instructor's corrections in red.

Scandinavian archaeologists have found numerous buried gold offerings from the mid 500s AD, which was a period of repeated volcanic eruptions, lousy weather, and a European plague.

"Makes me wonder once again about American businessmen."

What's to wonder about? The corporations are run by idiots and have been for a long time.

"Arizona's bizarre "audit" of the ballots from Maricopa County. And the added mystery of checking for bamboo fibers that might prove thousands of ballots were flown in from China."

I love how these idiots 1) think that it makes any sense whatsoever to falsify national election ballots in a foreign country whose government is a totalitarian terror which rivals us geopolitically and that would just LOVE to be able to produce even the slightest evidence that our election was illegitimate...

...and 2) are so gosmackingly racist that they think the smoking gun to look for isn't a shipping manifesto, a flight-plan, a customs declaration, or any of countless other records (either American or Chinese) that would quite naturally have to exist (and presumably be falsified) in order for the idiotic ploy above to work, but rather to look for goddamn bamboo fibers, as if they're just somehow literally everywhere in China for no particular reason, floating around in the air, drifting in the wind, and any item which comes from China MUST be sporting a light dusting of bamboo (even if the items were manufactured in the Tien Shan, the Gobi Desert, Manchuria, or basically anywhere outside of warm, bamboo suited Southern China).

I love the Princess Bride reference.

Many of my students are convinced Hitler was a Communist. Some instinctively use the terms Communist, Nazi, and hereditary aristocracy as synonyms. Some state baldly that Communism is about protecting inherited wealth; they do not mean this as a subtle comment on the reality of North Korea or anything like that. Some are simply impervious to my attempts to convince them otherwise.