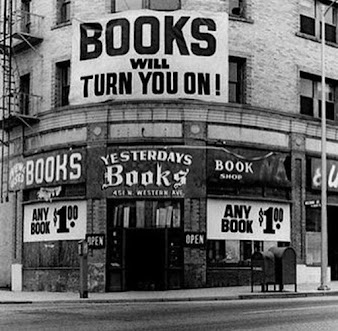 In a letter to Science, a group of eminent virologists urge more investigation of the origins of Covid-19, saying that in the absence of good evidence,  "theories of accidental release from a lab and zoonotic spillover both remain viable."
The religion of the Yazidis teaches that the forbidden fruit offered to Adam in the Garden of Eden was grain. Which is a fascinating way to think about the evolution of human civilization.
Amusing xkcd comic about how we know some things don't work.
The study of body lice, which live in our clothes, suggests that we have been wearing clothes for 70,000 to 100,000 years.
A few years ago AT&T spent $100 billion to acquire Warner Media, despite critics asking why it was sensible to merge a phone company with a media company. Now they are moving to undo the merger and spin off Warner Media.
In Peru, using ancient water management techniques to resolve modern water problems; the general name for this approach is "slow water."
In 1965 there was a blow-up over whether Vivian Liberto Cash, Johnny Cash's first wife, was black. She and Cash insisted she was white, but she certainly looked mixed race. Modern DNA analysis shows that Vivian's great-grandmother was indeed black, and genealogy shows she was a slave. (Washington Post, PBS)
Smithsonian cruises with "expert historians" on board, making me wonder once again how I get the job as historian for a North Sea or Baltic cruise. I have many faults but I can give great lectures about the Vikings, and I would love to take on the flooding of Doggerland, the Dutch Revolt, the Northern Crusades, etc.
New Art Deco hotel in Miami looks, as they said, absolutely fabulous.
Performative outrage over Asians being "Absent" in popular films led someone to count; turns out 5-8% of speaking parts in Hollywood films over the past few years were played by Asians or Pacific Islanders, who make up 5.0-6.5% of the population.
In Texas, ongoing fights about what to teach in school history classes take over the legislature. Both sides present their proposals as reasonable and the other side's as extreme. Besides the usual human tendency to paint complex things as good or evil, what I mainly see is an utter lack of trust. (New York Times)
Canada is enormous and comparatively empty, but soaring housing prices around the cities where everyone wants to live have people talking about "running out of land."
People evolve: Justice John Marshall Harlan, who wrote a famous, fiery dissent against the US Supreme Court's 1896 decision in Plessy v. Ferguson – "Our Constitution is colorblind and neither knows nor tolerates classes among citizens" – owned slaves before the Civil War and in 1863 resigned from the Union Army to run for Attorney General of Kentucky on a platform of opposing the Emancipation Proclamation. To me the worst thing about woke history is the refusal to give credit to people like Washington, Franklin, and Harlan for the great moral distance they traveled over the course of their lives.
Incidentally Justice Harlan had a mixed-race half brother named Robert who was raised together with the all-white siblings, another glimpse into the weird permutations of family life on the plantation. Robert Harlan was already a successful businessman while still a slave, and after becoming free he went to Gold Rush California and came back even richer; after the war he owned a string of businesses in Cincinnati and dabbled in Republican politics.
Posted by John at 8:14 AM

Recently on facebook I shared a Nicholas Wade essay on possible origins of Covid-19. It was labelled as "possibly misleading" and "lacking a context". It included, as a context, an article which have addressed none of Wade's points, and indeed it misled by omitting some of the information Wade provided. The thing is, the origins of Covid-19 are not as interesting aas things I learned about research about "gain of function" in viruses. The thing that virusologs are routinely experimenting on producing novel viruses which could infect people, and when their research is forbidden in USA they simply move to China is simply terrifying.

I get a Page Not Found when clicking the link about Texas's battle over whose history is history.